BEIJING/SHANGHAI (Reuters) – The number of new coronavirus infections in mainland China fell below 2,000 on Tuesday for the first time since January, although global experts warn it is still too early to say the outbreak is being contained. The economic fallout from the epidemic spread to U.S. technology titan Apple, which warned of iPhone shortages and lower than expected revenue, while South Korea’s president called the situation in his country an economic emergency.

Tough restrictions on travel and movement have helped to limit the spread of the virus outside the epicenter in Hubei province, but at great cost to the Chinese economy and global business.

Apple Inc become the latest company to flag lower revenue as a result of the epidemic, saying it would not meet its guidance for the March quarter because of slower iPhone production and weaker demand in China.

The U.S. technology company’s manufacturing facilities in China had begun to reopen but they were ramping up more slowly than expected, and the resulting iPhone shortages would hit sales, it said in a statement to investors.

“The health and well-being of every person who helps make these products possible is our paramount priority,” Apple Chief Executive Tim Cook said in a statement released by Apple.

China is the world’s biggest market for smartphones and some analysts have estimated that the virus may slash demand for handsets by half in the first quarter in China.

Analysts at Nomura again downgraded their China first-quarter economic growth forecast, to 3%, half the pace in the fourth quarter, and said there was a risk it could be even weaker.

“Too much damage has already been done and initial policy stimulus will not be very effective,” they said in a note on Monday. “China is experiencing the rare case of simultaneous demand and supply shocks.”

South Korea President Moon Jae-in declared an economic emergency on Tuesday and promised measures to stimulate demand and shield businesses from the impact of the coronavirus outbreak.

Hong Kong increased government handouts to businesses and the Hospital Authority to HK$28 billion ($3.6 billion) from HK$25 billion pledged previously, to ease the impact on the Chinese-ruled city’s battered economy.

The moves came after economic data released in Japan, the world’s third-largest economy, and regional finance and travel hub Singapore, pointed to possible recession in the coming quarter.

China’s state assets regulator said the impact of the coronavirus outbreak on industries would mainly appear in February, suggesting the worst may still be to come in terms of business activity.

The rapidly spreading virus claimed another 98 lives in mainland China, bringing the total death toll there to 1,868, the National Health Commission said. There were 1,886 new confirmed infections for a total of 72,436.

The number of new daily infections in mainland China had not been below 2,000 since Jan. 30, while the daily death toll had not come under 100 since Feb. 11.

Outside of China, there are 827 cases in 26 countries and regions and five deaths.

Chinese authorities say the stabilization in the number of new cases is a sign that measures they have taken to halt the spread of the disease are having an effect.

Still, the virus spread quickly and global health authorities had to remain on guard against a wider outbreak, said Jimmy Whitworth, professor of International Public Health, London School of Hygiene and Tropical Medicine.

“We can hope that the reports of falling numbers of new cases in China does show that the epidemic has peaked in Hubei province, but it is still too early to be sure that this is so,” he said.

“In the meantime health services in other countries need to remain vigilant to identify all cases and to prevent onward transmission to their populations.”

“This trend must be interpreted very cautiously. Trends can change as new populations are affected,” he added.

Confusion over virus information in China saw conflicting reports about the death of a top doctor in the Hubei capital Wuhan, with state media reporting he had died but family members saying he was still alive and fighting the disease.

More than 300 American cruise liner passengers, including 14 who tested positive for coronavirus, were flown to military bases in the United States, after two weeks under quarantine off Japan.

Around half of all known cases of the virus outside China have been found aboard the Diamond Princess in Yokohama, where around 400 people have tested positive since the cruise liner was ordered to stay under quarantine off Japan on Feb. 3.

Ground crew in anti-contamination suits met a chartered jet that touched down at Joint Base San Antonio in Texas, and passengers could be seen climbing down the stairs wearing face masks in the pre-dawn mist. Another flight landed at Travis Air Force Base in California hours earlier. Those arriving were taken into a two-week quarantine.

Although U.S. officials said passengers with coronavirus symptoms would not be taken, 14 passengers found at the last minute to have tested positive were permitted to board the planes. The U.S. State Department said the infected passengers were kept in isolation on the flights.

Several other countries have announced plans to follow the United States in bringing passengers home. Around half of the 3,700 passengers and crew are Japanese. 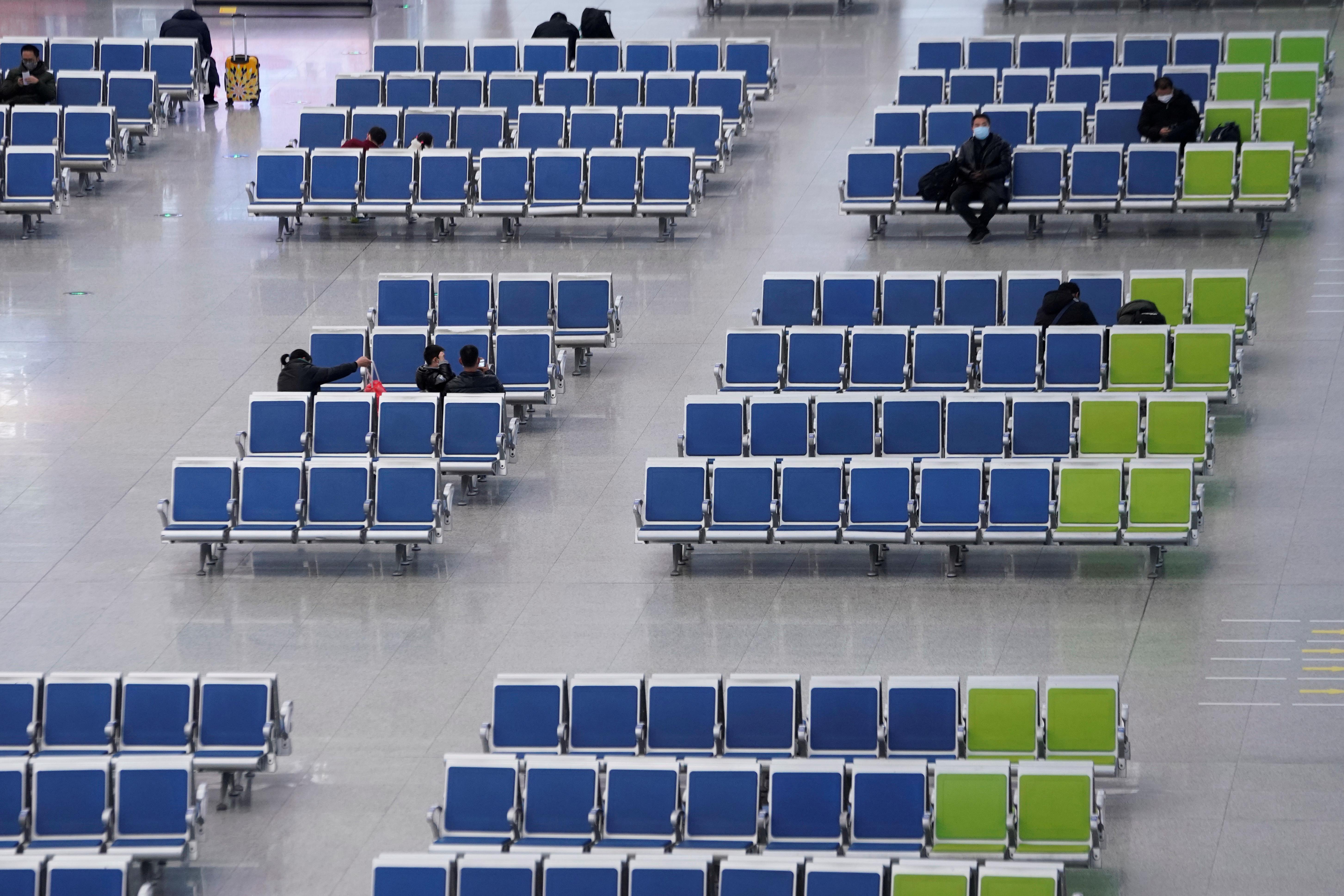 Authorities around the world were also trying to track down passengers from another cruise liner, the Westerdam, which was turned away from ports across Southeast Asia for two weeks before docking in Cambodia on Thursday.

One American passenger who disembarked in Cambodia tested positive for the virus in Malaysia on Saturday.

Carnival Corp., which operates both cruise liners, said it was cooperating with authorities in trying to trace other passengers from the Westerdam. None of the other 1,454 passengers and 802 crew had reported any symptoms, it said.