AstraZeneca will cut deliveries of the Oxford COVID-19 vaccine to the European Union by 60% in the first quarter of the year, according to Reuters news agency.

The company was expected to deliver around 80 million doses to the 27 EU countries by the end of March, an EU official told the agency.

However, it now expects that to be cut to 31 million doses due to “production problems” at a vaccine factory in Belgium run by its partner Novasep.

Stella Kyriakides, the European Commissioner for Health and Food Safety, said on Twitter: “@EU_Commission and Member States expressed deep dissatisfaction with this.

“We insisted on a precise delivery schedule on the basis of which Member States should be planning their vaccination programs, subject to the granting of a conditional marketing authorisation. 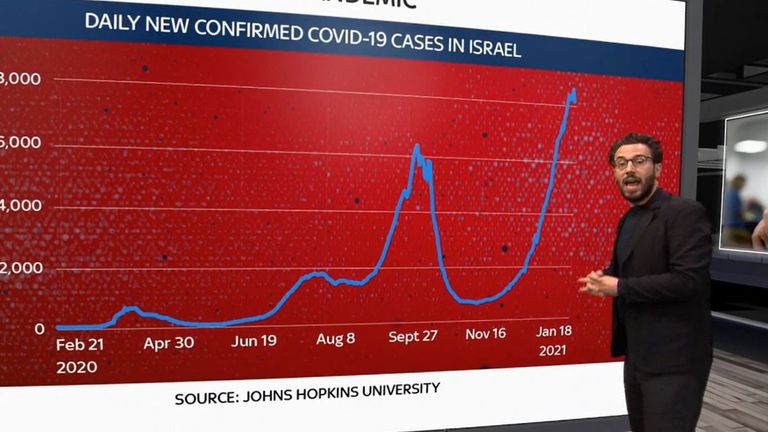 “The @EU_Commission will continue to insist with @AstraZeneca on measures to increase predictability and stability of deliveries, and acceleration of the distribution of doses.”

A statement from AstraZeneca said: “While there is no scheduled delay to the start of shipments of our vaccine should we receive approval in Europe, initial volumes will be lower than originally anticipated due to reduced yields at a manufacturing site within our European supply chain.

“We will be supplying tens of millions of doses in February and March to the European Union, as we continue to ramp up production volumes.”

The EU drug regulator is due to decide on approval of AstraZeneca’s vaccine on 29 January, with a deal to purchase at least 300 million doses, with an option for an additional 100 million already signed

Europe’s immunisation campaign has already been hampered by a temporary shortfall in the supply chain of vaccine developers Pfizer and BioNTech, who are retooling a site in Belgium to boost output.

Earlier the Financial Times reported that supplies to the UK would not be affected.