MANILA (Reuters) – Late each night, a dozen women chat and share a meal before hitting the narrow streets of a Manila suburb where a death squad once roamed. 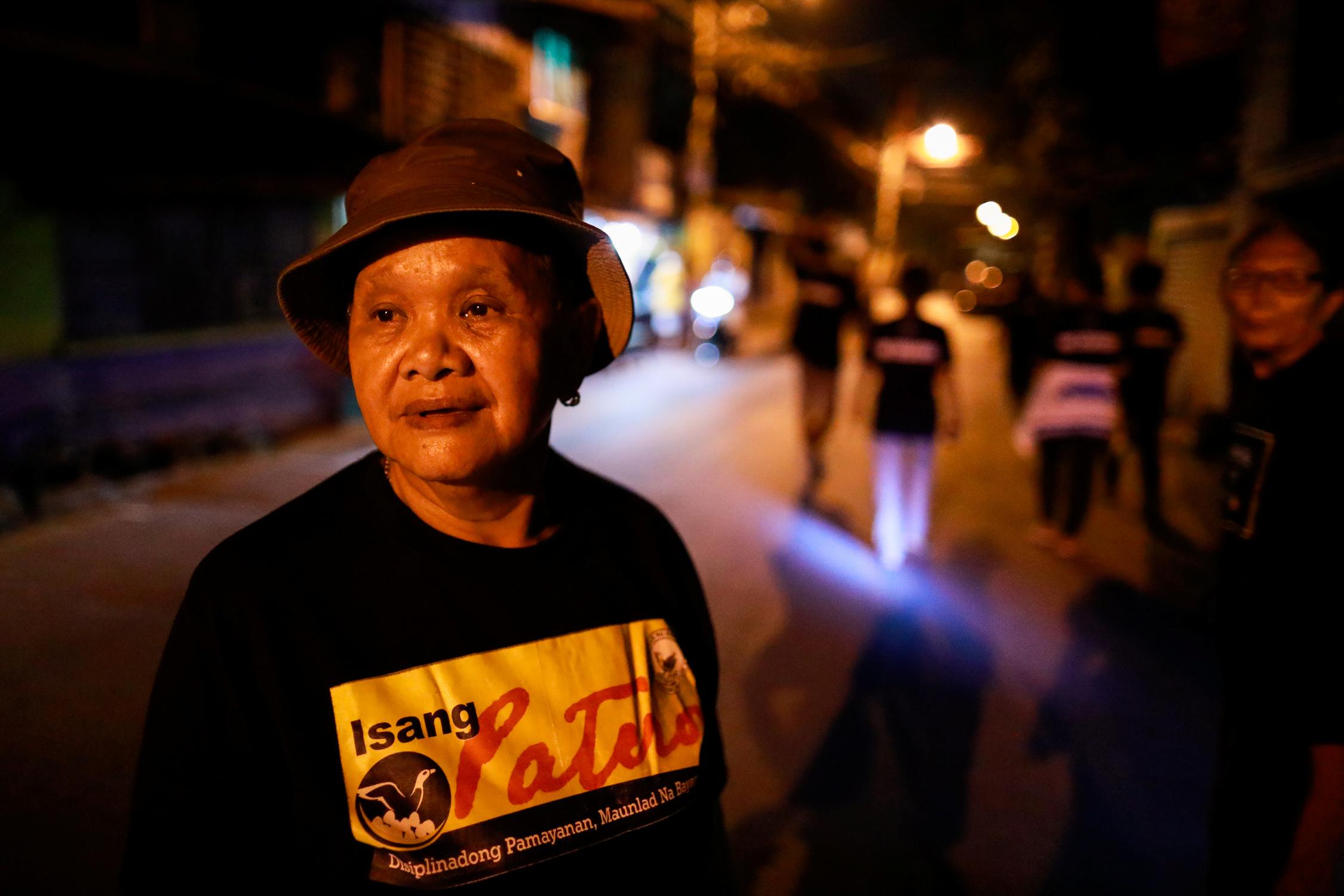 They are the “women’s patrol”, a group of 18 mothers and grandmothers whose nightly walks through the dimly lit alleys of Pateros have been helping to deter shadowy gunmen behind murders of residents linked to illegal drugs.

Not long after Philippine President Rodrigo Duterte declared a war on drugs in 2016 and promised thousands would die, Pateros was being terrorized by attackers in hoods and ski masks, known locally as the “bonnet gang”. (reut.rs/2H118PK)

With the town of 63,000 paralyzed by fear, the women decided to arm themselves with flashlights and patrol their community, keeping up a nightly presence to disrupt the bonnet gang.

“When we started patrols, the enthusiasm came back to our community and the fear disappeared. Back then, people were afraid to go out,” said Jenny Helo, 39, who leads the women through the labyrinth of shops, shacks and informal dwellings.

“But when they saw how effective we are, because of how we really go around the community, people regained confidence.”

The killers have not been caught.

In the deadliest periods of the crackdown, there were as many as four murders linked to drugs each day in the Philippines, many by gunmen riding pillion on motorcycles.

The total number of drug-related killings since Duterte unleashed his drugs war is unknown.

Police say they killed 5,400 suspects in self-defense during their anti-drugs operations, but deny allegations by activists that elements of the force are involved in the mystery killings that plagued Pateros and other parts of Manila.

In a written response to Reuters, Duterte’s spokesman Salvador Panelo called those “inevitable results” when a government was serious about suppressing illegal drugs.

He attributed the deaths to botched drug deals, turf wars between drug syndicates, or informants being silenced.

Pateros is now safer and the gunmen have gone, say those who live there. The women never found out who the bonnet gang were, Helo said, but believe they thwarted them.

“We disrupted them in what they do,” she said. “They know we are here to fight what they’re doing.” 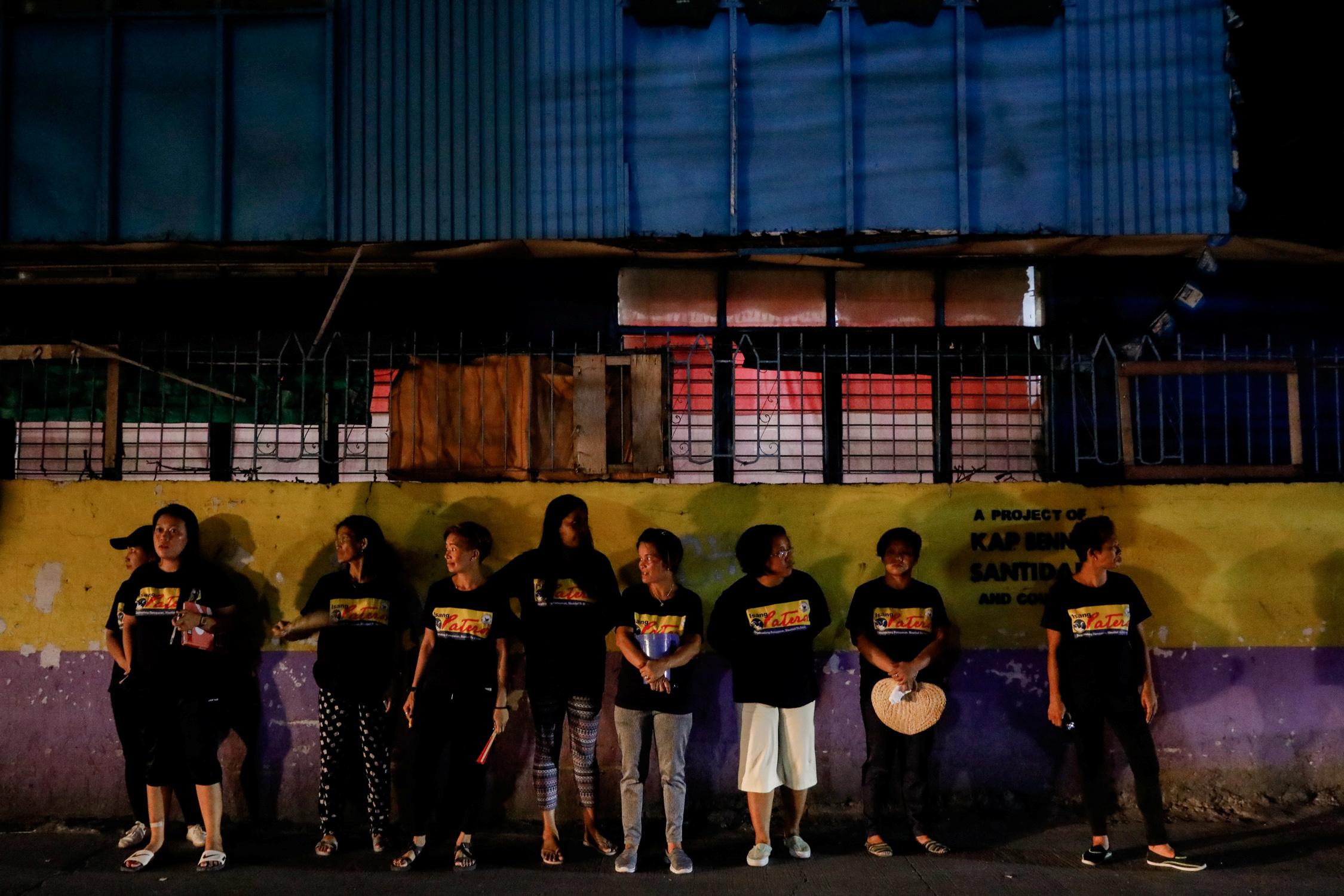 Pateros police chief Colonel Simnar Gran praised the patrollers and said local police had worked closely with them and the mayor to tighten the town’s security.

A few officers accompany the women each night, enforcing curfews and smoking bans, and warning people against drugs.

“This can be replicated by other communities,” Gran said. “They’re doing this voluntarily without compensation. They’re just civic-minded people.”