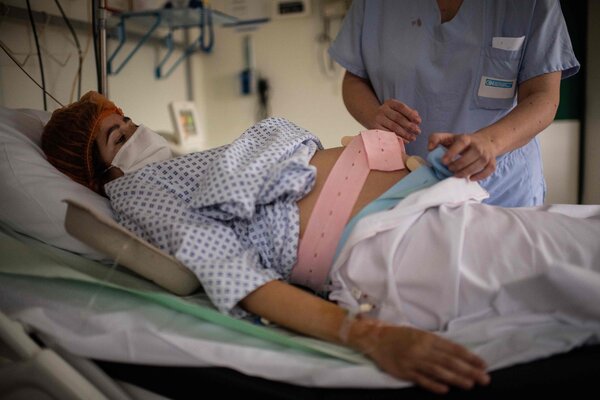 More expectant women died, experienced complicated pregnancies or delivered stillborn babies during the pandemic than in previous years, according to an analysis of 40 studies in 17 countries published on Wednesday in the journal Lancet Global Health.

Pregnant women face a heightened risk of severe illness and death if infected with the coronavirus. But the researchers, in Turkey and the United Kingdom, wanted to assess collateral damage from the pandemic on pregnancies separately, and so excluded from their analysis studies that looked only at pregnant women who were infected.

Reviewing data on more than 6 million pregnancies, the investigators found that disruptions to health care systems and patients’ fear of becoming infected at clinics led to avoidable deaths of mothers and babies, especially in low- and middle-income countries.

Data from a dozen studies showed that the chances of a stillbirth increased by 28 percent. And the risk of women dying while pregnant or during childbirth increased by more than a third in two countries: Mexico and India. A subset of studies that assessed mental health showed that postpartum depression and anxiety were also heightened during the pandemic.

Nearly six times as many women needed surgery for ectopic pregnancies — in which a fertilized egg grows outside the uterus — during the pandemic than before. Ectopic pregnancies can be treated with medications if detected early, so the results suggest that the surgeries may have resulted from delays in care.

The analysis did not find differences in other conditions associated with pregnancy, like gestational diabetes or high blood pressure, or in the rates of cesarean sections or induced labor.

The drop may be a result of changes in health care delivery and in pregnant women’s behavior during the pandemic, the researchers said, indicating that the pandemic has exacerbated disparities between low- and high-income countries.