NEW DELHI (Reuters) – Mohammed Anees fled his home in northeastern New Delhi last week as Hindu-Muslim clashes erupted in his area, escaping with his family of four to a relative’s home. He had only a few hundred rupees in his wallet, leaving everything else behind. 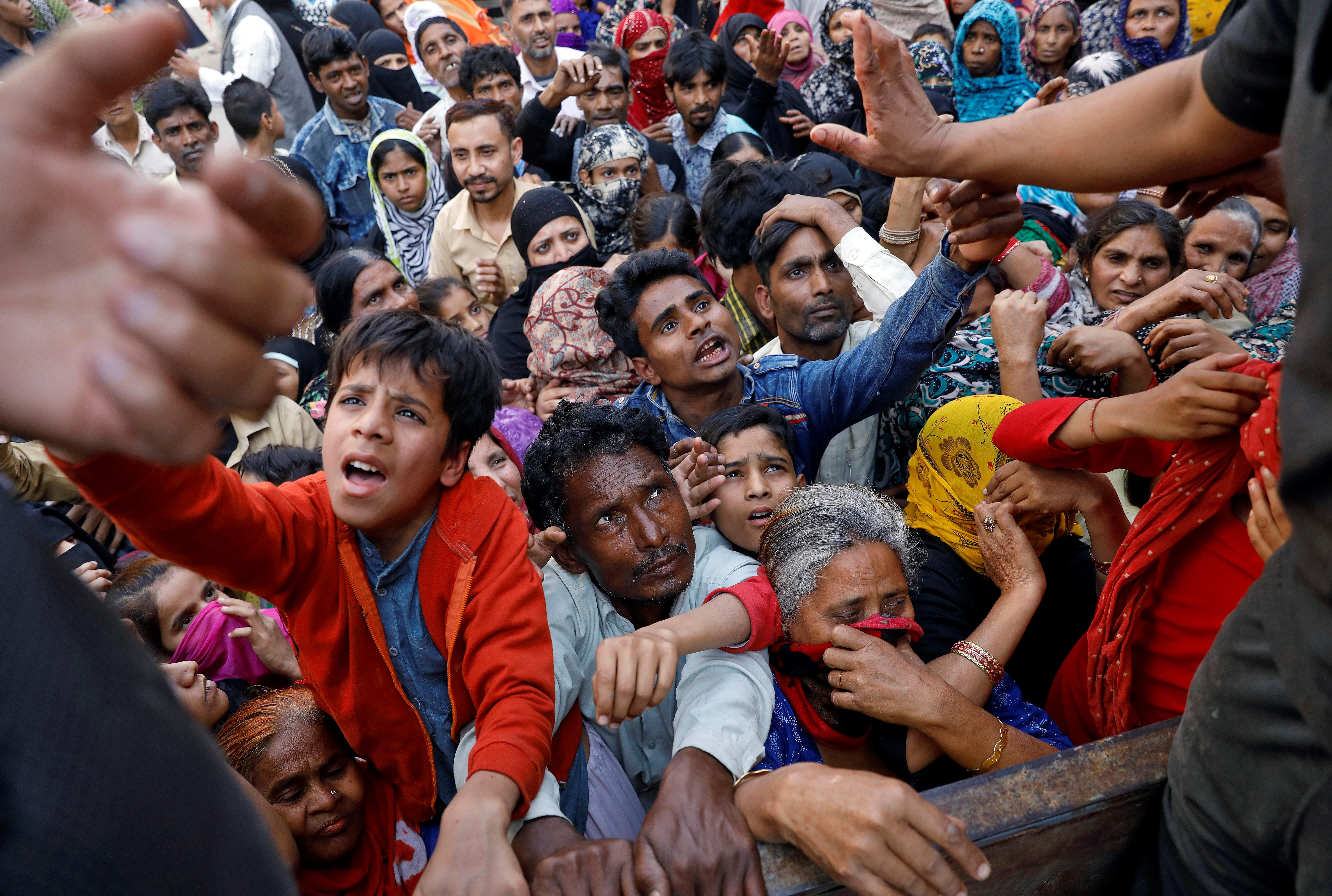 Now the 37-year-old Muslim mechanic is among more than 1,000 people sheltering in a large open-air mosque that has been turned into a relief camp in the Mustafabad area of the Indian capital and opened on Monday.

“I don’t have any money left now,” Anees said, showing pictures of his ransacked home that he visited on the weekend on his cracked mobile phone.

With jewelry and savings looted and afraid of more violence, he moved to the camp with his wife and three children, victims of the worst communal riots in New Delhi for decades. More than 40 people were killed and hundreds injured.

Anees lived in Shiv Vihar, where two large mosques and dozens of Muslim houses surrounding it were torched. Houses with Hindu symbols were largely left untouched.

In total, some 2,000 people are believed to have been displaced, local politician Amanatullah Khan said. Hundreds of those are taking shelter on the floors of private homes.

“The police brought us and left us here,” said Mohammed Uddin, 70, outside a cramped house where dozens of people packed into an entrance foyer. “They didn’t even check if we were hurt.”

Many of those displaced, who are overwhelmingly Muslim, have moved to the Mustafabad camp, where a kitchen provides free meals and volunteer doctors are treating victims.

Rashid Ali, a local resident helping organize the camp, said they had received some help from the Delhi government, run by a regional party.

On a long desk outside the mosque premises, a small group of lawyers helped the victims of riots file for compensation ranging from 25,000 rupees ($341.34) to 100,000 rupees.

Seema Joshi from Delhi’s ruling Aam Aadmi Party, who was helping the legal team, said around 500 applications had been made, though many people showed up without any paperwork since they fled in a hurry without documents or had belongings burnt.

In the narrow streets surrounding the mosque, women jostled for food supplies as children rummaged through piles of second-hand clothes donated to victims.

On a loudspeaker, an announcer asked for volunteers to clean an overflowing toilet attached to the relief camp.

“A lot of people are facing depression,” said Wasim Qamar, a doctor at the camp. “People saw terrible things. Some of them can’t eat or sleep. They are very fearful.”

Describing the violence as “one-sided and well-planned” against Muslims, the Delhi Minorities Commission – a government-appointed body that focuses on minority groups – said the Delhi government’s compensation package was inadequate after surveying riot-hit areas on Tuesday.

Saurabh Bharadwaj, a lawmaker from Aam Aadmi, said the party was trying to improve its response to the emergency. 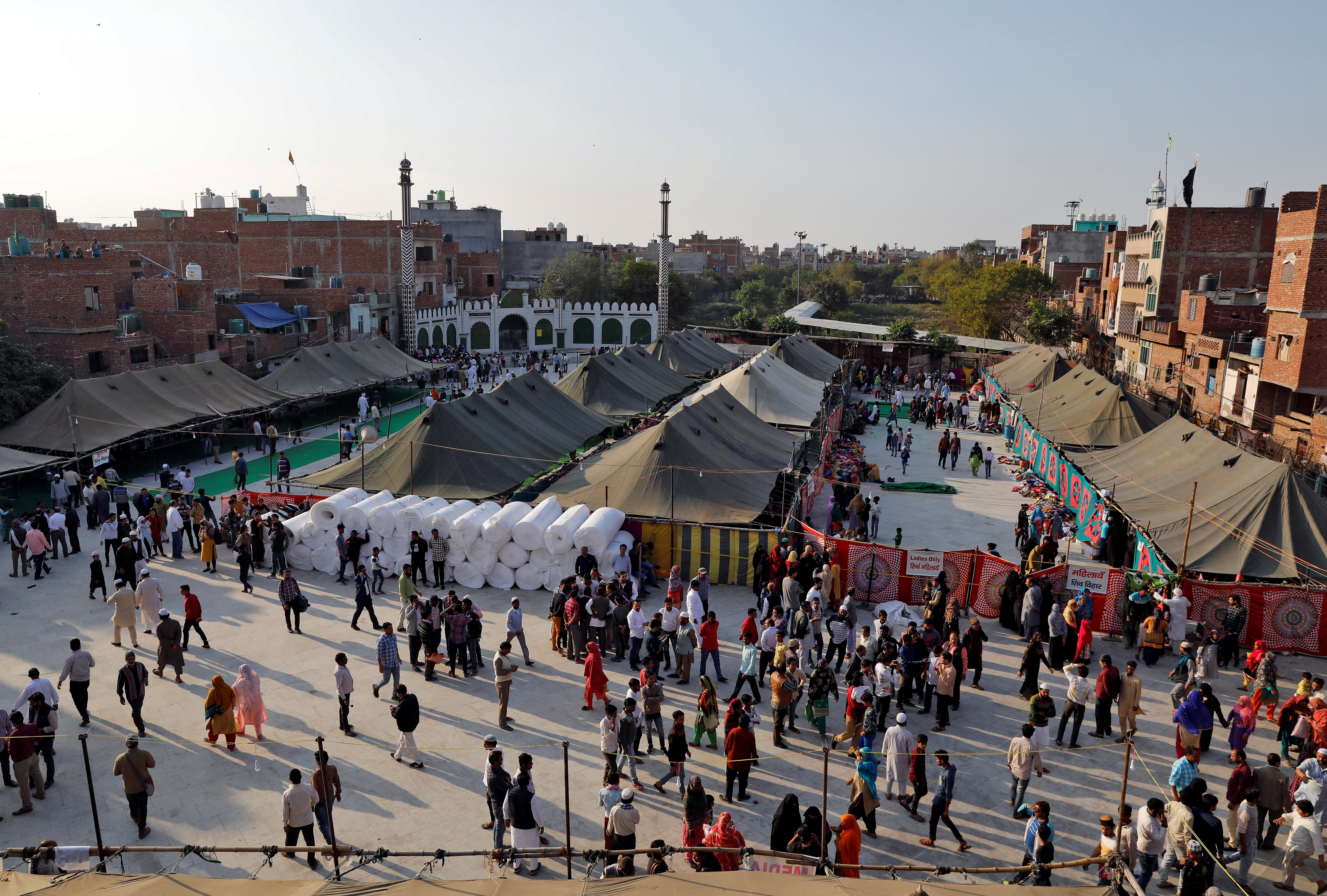 Shabira, 55, and her family were rescued by police early last Wednesday from Shiv Vihar, leaving their home with nothing but what they were wearing.

At the relief camp, she said she was getting basic amenities – food, shelter and diapers for her infant grandchild.