The Japanese carmaker will shut its factory in Swindon in 2021, a move that will likely put 3,500 people out of jobs. 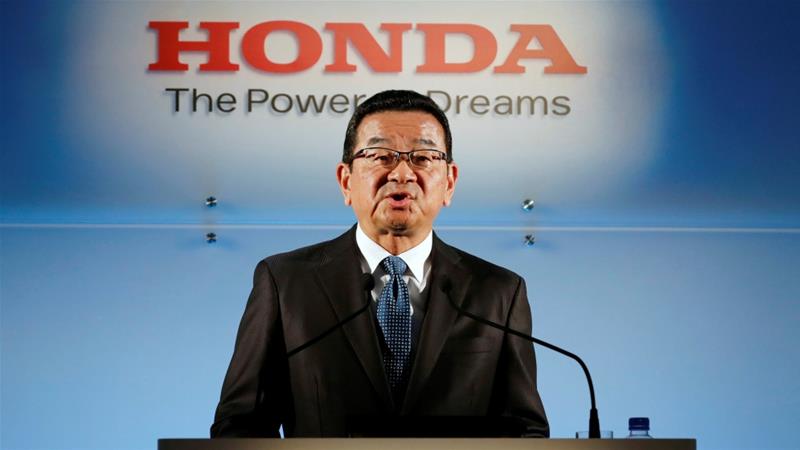 Honda has said it plans to close its car factory in western England in 2021, imperilling 3,500 jobs in a fresh blow to the British economy as it faces its March 29 exit from the European Union.

The Japanese carmaker announced the decision at a news conference in Tokyo on Tuesday, where Honda’s president and CEO, Takahiro Hachigo, told reporters the decision was based on what made the most sense for its global competitiveness in light of the need to accelerate its production of electric vehicles.

Brexit was not the main factor behind the decision, he insisted.

“We still don’t know what sort of changes Brexit will bring at this point,” he said. “We have to wait until we have a better idea about the situation.”

Hachigo said the company would immediately begin discussions with affected workers at the factory in Swindon.

“I very much regret this,” he said, adding that “this was the best choice the circumstances”.

Honda makes its popular Civic model at the factory in Swindon, 115km west of London, with an output of 150,000 cars a year.

Its restructuring is aimed at adjusting the operations to reflect stronger demand in Asia and North America, Hachigo said.

“This news is a particularly bitter blow to the thousands of skilled and dedicated staff who work at the factory, their families and all of those employed in the supply chain,” he said in a statement.

Speaking before the formal decision, finance worker Sue Davis, 49, also told the AFP news agency the move would be “devastating” for the area.

“I think Swindon’s finished without Honda. My ex-husband works there, has done for 20 years. He’s going to be without a job, so I just think it’s really, really bad news.” 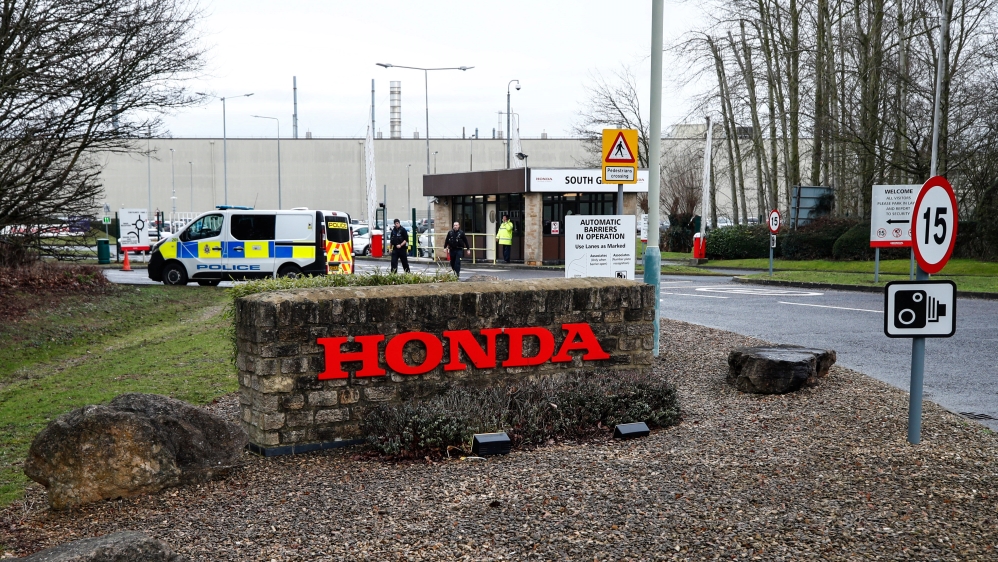 Honda’s decision came hot on the heels of Nissan axing production at its Sunderland plant in northeast England.

Gianluca de Ficchy, Nissan Europe chairman, said then that the cuts were made “for business reasons” but admitted that “the continued uncertainty around the UK’s future relationship with the EU is not helping companies like ours to plan for the future”.

Car giant Toyota also warned in February there would be no way to avoid a negative effect in the event of Britain crashing out of the EU without a deal.

The UK has yet to seal a deal laying out the divorce terms and establishing what trade rules will apply after Brexit.

Shigeki Tomoyama, Toyota executive vice president, noted that the firm’s assembly plant in Burnaston, central England, which produces 600 vehicles a day, operates under the “just-in-time” system that relies on a smooth flow of components from the EU.

“We will have to halt the plant if the car parts are not brought in” from the continent, Tomoyama warned.

Japanese electronics giants Sony and Panasonic, as well as several banks, have moved some of their operations out of Britain since the 2016 referendum that set Brexit in motion.

There are around 1,000 Japanese companies operating in Britain, supporting some 140,000 jobs.