YANGON (Reuters) – Dozens of Rohingya Muslims, including two children, appeared in court in Myanmar on Friday, the latest group to face charges after attempting to flee conflict-torn Rakhine state. 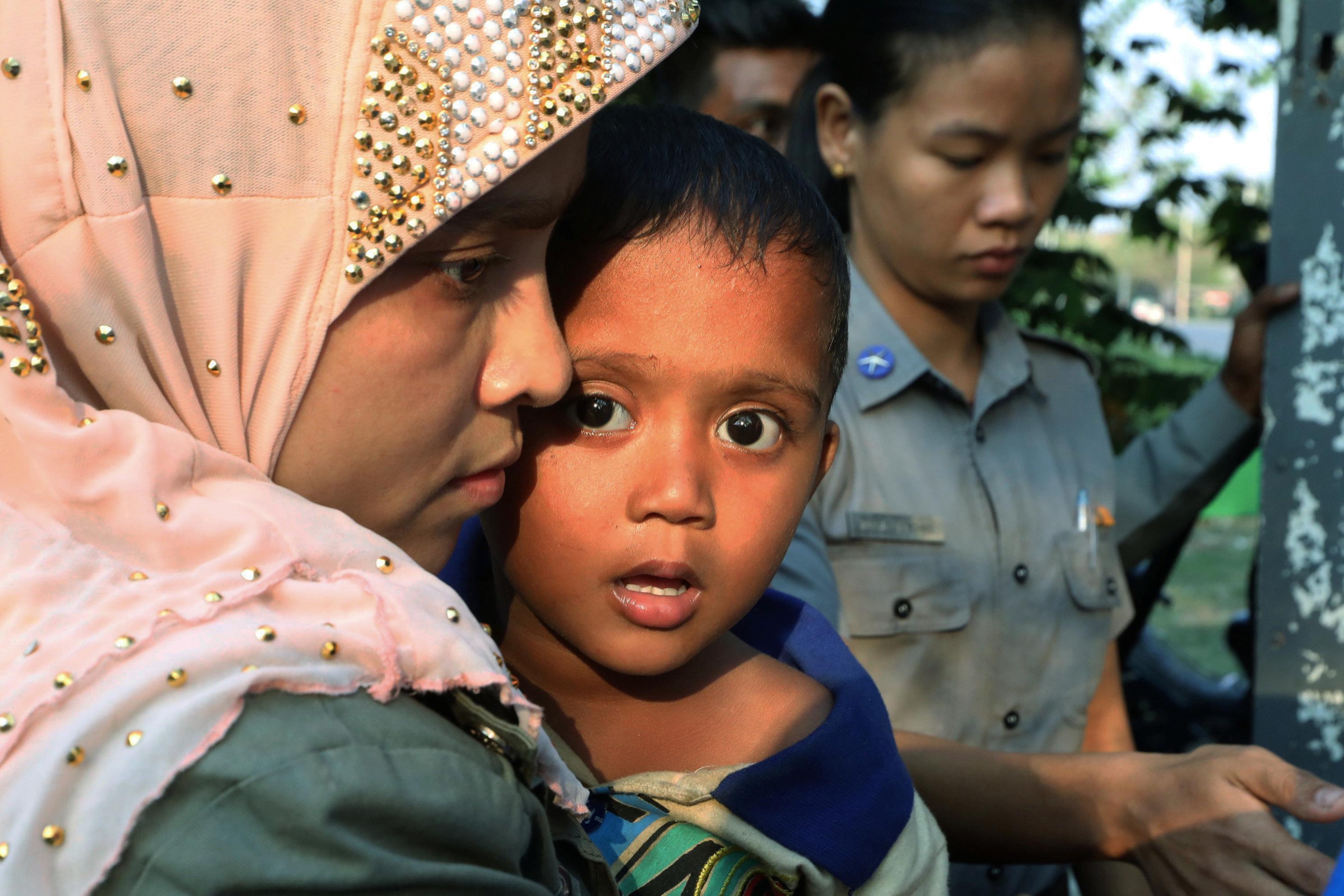 The group of about 20 were among 54 people from the Rohingya minority arrested on Wednesday on the outskirts of the commercial capital Yangon while trying to leave for Malaysia, according to judge Thida Aye.

“The immigration officer submitted the case because they found no identification cards from these people,” she told Reuters.

Some were barefoot, others clothed in colorful head-scarfs, as they were ushered into the small courtroom in Yangon. A small boy was naked from the waist down.

Defense lawyer Nay Myo Zar said they had fled Rakhine state, the western region where hundreds of thousands of Rohingya live in apartheid-like conditions and have come under increasing pressure as government troops battle ethnic rebels.

More than 730,000 Rohingya fled Myanmar to Bangladesh in 2017 to escape a military-led crackdown that U.N investigators have said was carried out with “genocidal intent” and included mass killings and rapes.

Myanmar says the army was fighting a legitimate counter-insurgency campaign against militants who attacked security posts.

Some 600,000 Rohingya remain in the country, confined to camps and villages where they are unable to travel freely or access healthcare and education. The vast majority lack citizenship.

The government says it is working on a national strategy to close camps and that Rohingya would not face movement restrictions if they accepted a so-called national verification card, which many reject, saying it labels them foreigners.

Rakhine state has for the past year been rocked by increasingly intense clashes between government troops and fighters from the Arakan Army, an insurgent group comprised of ethnic Rakhine, another mostly Buddhist minority.

Myanmar’s army said in a statement on Friday it would hold more court-martials over alleged abuses against Rohingya Muslims, after a government-appointed commission concluded soldiers committed war crimes.

For years, Rohingya on both sides of the border have attempted to flee for Thailand and Malaysia, some boarding boats organized by smugglers, a dangerous journey that has cost many lives.

On Thursday, 93 Rohingya arrested in November after they were found on a beach in the Irrawaddy delta region appeared in a separate court to face charges of traveling illegally, Radio Free Asia reported.

Hundreds more have been imprisoned in jails and youth detention centers across the country.