Egypt’s Minister of Tourism Khaled al-Anani toured the new museum in Giza today, examining Tutankhamun’s treasure and the newly restored statue. He was accompanied by the project’s supervisor, Atef Moftah, Secretary-General of the Supreme Council of Antiquities, Mostafa Waziri, and Assistant Minister for Archaeological Affairs in the museum, Al Tayeb Abbas. The opening date of the new institution has been pushed back numerous times, most recently due to the pandemic, but it is now believed it will be ready later this year.

And Egyptologist Dr Chris Naunton says it will be worth the wait.

He told Express.co.uk: “The Grand Egyptian Museum opening is a big deal, obviously, and I’m fairly confident it will happen this year now.

“There seems to be more confidence and a good reason for international travel to be possible at the end of the summer.

“I’m very confident there is going to be a massive boom at that point and the Egyptians – I’d be surprised if they are not ready to open the moment visitors are back. 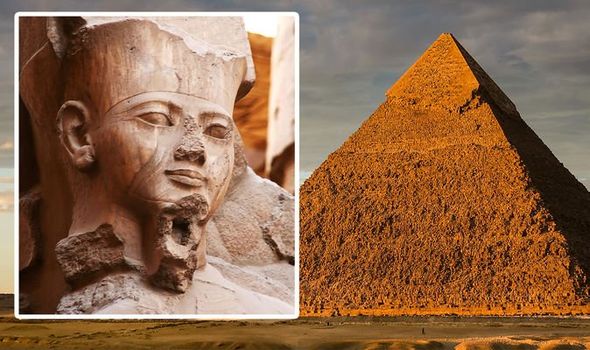 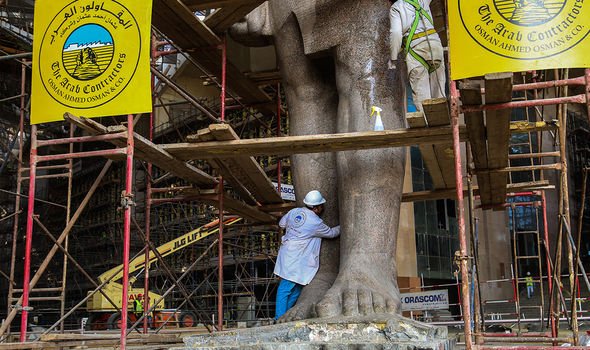 “What is interesting is that we still don’t really know what is going to be in the museum.”

And Dr Naunton added that some of the artefacts he has spotted have already impressed him.

“Dr Waziry has just posted an Instagram photo showing a reassembled colossal statue of Ramses II which has been in bits until now.

“That is standing up again at the entrance of the museum, so they are already teasing us with that sort of stuff. 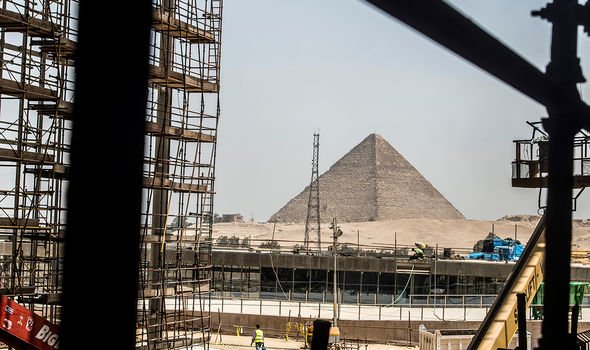 “And I suspect there will be quite a quantity of new stuff and I think that will be the big news.”

Ramses II was the third pharaoh of the Nineteenth Dynasty of Egypt and is often regarded as the greatest leader of the New Kingdom – the most powerful period of the ancient civilisation.

He is believed to have taken the throne in his late teens and is known to have ruled Egypt for a startling 66 years from 1279BC to 1213BC, before his death at the age of around 90.

Ramses II was buried in a tomb in the Valley of the Kings, his body was later moved to a royal cache where it was discovered in 1881, and is now on display in the Egyptian Museum. 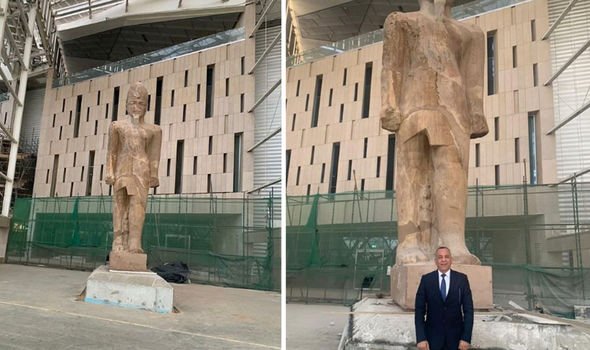 “The project of moving, assembling, erecting and restoring the statue of King Ramses II in the Grand Egyptian Museum, is complete and the statue is eight metres high and weighs about 30 tonnes.

“The statue represents the king standing in front of his left foot on the right, and he holds in his hands some scrolls and wears the short royal kilt.

“The belt that wraps around the waist is decorated with ornaments and bears the name of the king and between Legs of the statue there is a small statue of the Queen.”

And Dr Naunton believes there will much more similar treasures to follow. 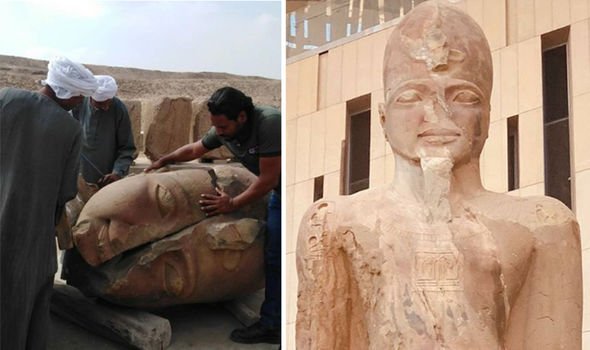 He continued: “There is so much material from the Tutankhamun treasure that I suspect the vast majority of visitors to the old museum won’t have seen them because there is so much.

“There are literally thousands of objects and a lot of that also wasn’t put on display.

“A lot of that stuff has been in the conservation centre of the Grand Egyptian Museum for a long time and it’s been made ready for display.

“So I think there will be things we haven’t seen before.

“I think people are going to go to the new museum and be blown away.”