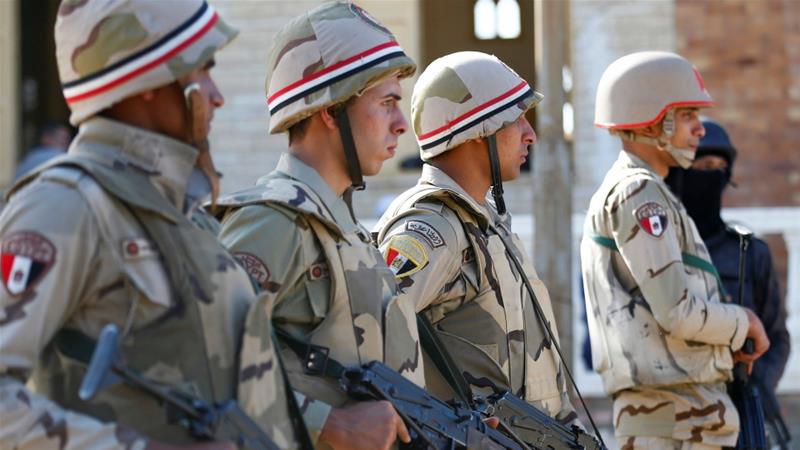 Egypt’s interior ministry has said 18 suspected armed group members were killed in North Sinai in a firefight with security forces, two days after a deadly blast claimed by the ISIL (ISIS) armed group.

“National security received intelligence about terrorist elements hiding out in a home in Bir al-Abed, where they were planning to launch hostile operations,” the ministry said in a statement on Sunday.

“Their hideout was targeted and a firefight ensued, which led to the death of 18 [fighters].”

The incident came after Egypt’s army said on Thursday that 10 soldiers, including an officer, had been killed or wounded in an explosion targeting an armoured vehicle near Bir al-Abed in North Sinai.

The ISIL claimed responsibility for the attack in a statement posted on its propaganda channels.

On Sunday, the army released a video outlining its latest counterterrorism operations in the Sinai Peninsula, in which it said 126 suspected armed men had been killed in 22 raids, while 15 military personnel had been killed or wounded.

The army added that 228 “hideouts used by terrorist elements” had been destroyed and 266 “criminal elements” arrested.

Security forces have been battling a long-running armed uprising in the area, spearheaded by a local ISIL affiliate.

The fighting intensified after the military’s 2013 removal of President Mohamed Morsi.

More than 925 suspected armed fighters have been killed in the region along with dozens of security personnel, according to official figures.