The pyramid is the oldest and largest of the three ancient monuments in the Giza Plateau and is thought to have been constructed for the Pharaoh Khufu over a 20-year period. It contains three main rooms – the Queen’s Chamber, the Grand Gallery and the King’s Chamber – which has two air shafts connecting it with the outside world. Strangely, though, there are two tunnels, about 20cm wide that extend from the north and south walls of the Queen’s Chamber and stop at stone blocks before they reach the outside of the pyramid.

The function of these tunnels and blocks are unknown, but some believe that one or both could lead to a secret chamber.

Egyptologist and former Minister of State for Antiquities Zahi Hawass revealed how they were first uncovered.

He wrote: “Rudolf Gantenbrink designed a robot called Webwawat to investigate the airshafts in the third chamber.

“The robot was also sent inside the shafts in the so-called Queen’s Chamber and made an intriguing find in the room’s two shafts. 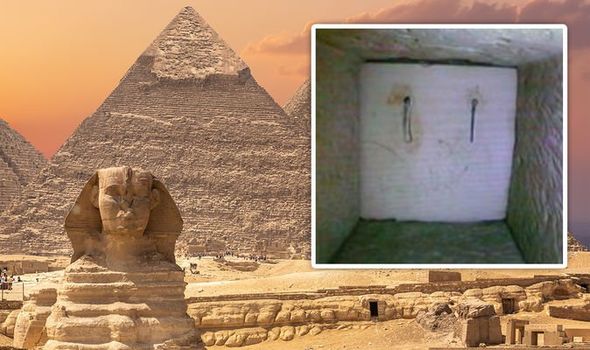 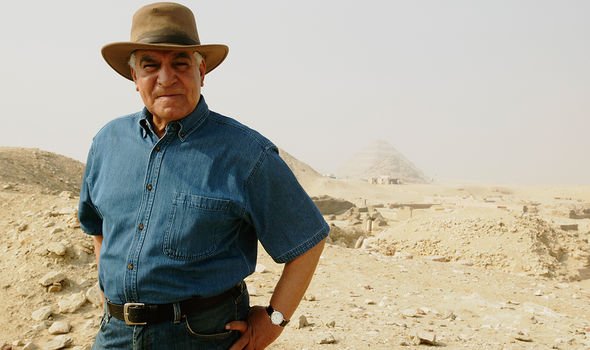 “In the south shaft, Webwawat was stopped in front of a door or small stone with two copper handles.

“The left handle had lost a piece sometime in antiquity, which was lying about six feet in front of the door.

“The northern shaft in the so-called Queen’s Chamber was also blocked.”

But Dr Hawass went on to detail that the tunnel’s presence was known about long before that and why some think there could be a secret chamber behind the doors.

In an article for Guardian’s Egypt, he added: “The history of the investigation of these shafts begins in September 1872, when the British engineer Waynman Dixon discovered the openings of the north and south shafts of the Queen’s Chamber. 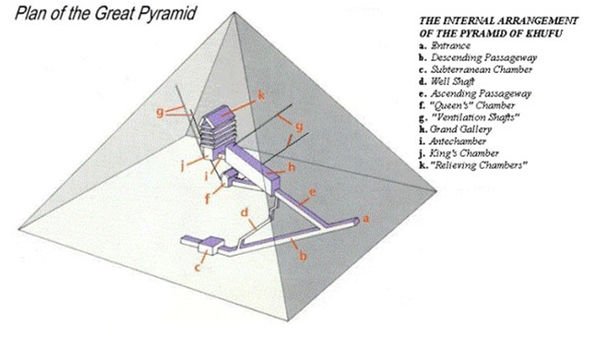 “Dixon pushed a wire through the joints of the masonry of the south wall and realised there was a hollow space behind.

“He then chiselled through the wall to reveal the shaft.

“He looked for a shaft in the equivalent area of the north wall and found one.

“When he lit a candle and placed it in the southern shaft, there was a slight draft.”

In 1993, a robot crawled some 63 metres up the tunnel in the south wall and discovered what appeared to be a small stone door set with metal pins, but Dr Hawass says this raises more questions. 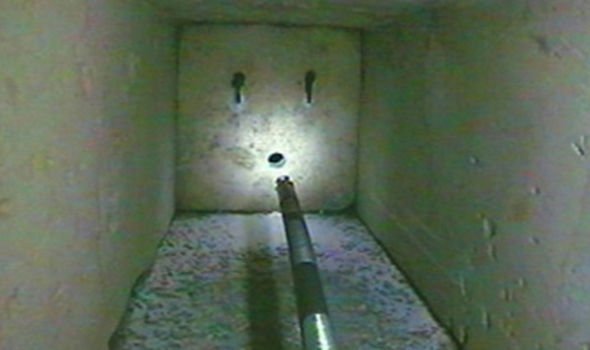 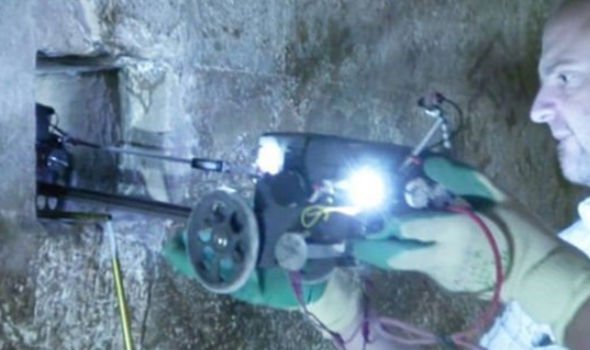 “Its cross-sectional area and general appearance were similar to the piece of wood found by Dixon.

“It is possible that the short piece of wood reported by Dixon simply broke from the larger piece.

“A modern metal pole found alongside the piece of wood supports this theory.

“No mention of the pole is made in Dixon’s reports, but it is now thought to have been lost when Dixon and his colleagues were ‘treasure hunting’ in the shaft.” 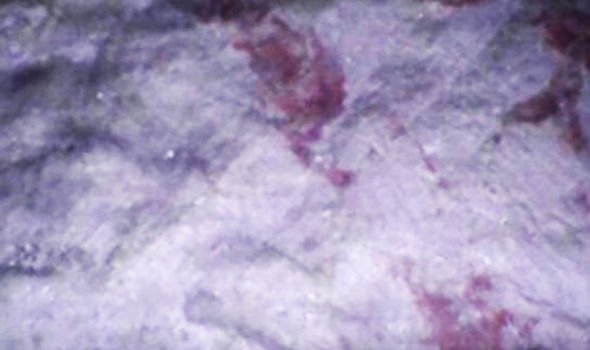 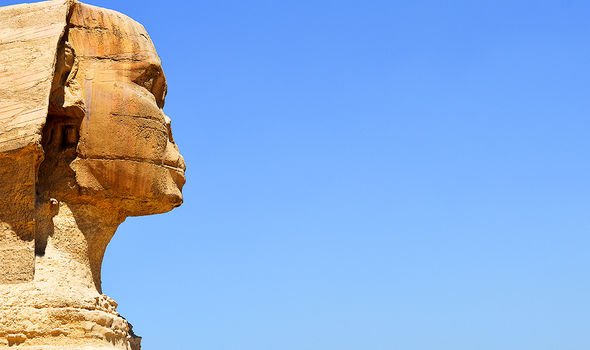 in 2002 another robot drilled through the stone block and filmed a small chamber backed by a large blocking stone, but little else.

More recently, a probe designed by engineer Rob Richardson from the University of Leeds crawled up the tunnel carrying a bendy “micro snake” camera that can see around corners.

Images sent back by the camera have revealed hieroglyphs written in red paint and lines in the stone that could be marks left by stonemasons when the chamber was being carved.

Richardson claimed: “If these hieroglyphs could be deciphered they could help Egyptologists work out why these mysterious shafts were built.”

But Dr Hawass does not think the shafts hold much worth.

He added in 2011: “Egyptologists have multiple explanations for these shafts.

“Some believe that they were used for ventilation, but this cannot be true as they do not open up to the outside.

“Others believe that they have an astronomical function – the southern shaft connected to the star Sirius, and the northern shaft linked to Minoris, Ursa, and Beta.

“Archaeologist Rainer Stadelmann believes that these shafts are not for ventilation, but tunnels through which the king’s soul will rise to the stars that never darken.

“I believe that the shafts likely have no function, as they were blocked from the inside.”