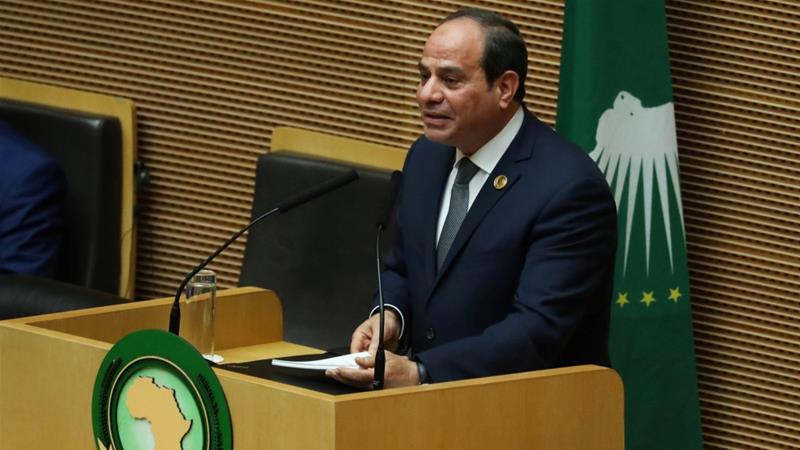 Addis Ababa, Ethiopia – Egypt’s President Abdel Fattah el-Sisi took over as chair of the African Union (AU) following a meeting by heads of state from the continent in Ethiopia’s capital on Sunday.

The post rotates annually between the five regions of the continent.

The Egyptian leader is expected to focus on the fight against armed groups on the continent and rebuilding efforts of countries recovering from conflict.

“Terrorism remains a cancer that affects African nations and steals the dreams of our people and we must identify and combat those who fund terrorism activities on the continent,” Sisi said in a speech to the AU assembly shortly after his appointment.

Under Egypt’s leadership the bloc will prioritise mediation and “preventive diplomacy” as one of the key mechanisms for promoting peace and security on the continent, he added.

Sisi takes the helm from Rwandan President Paul Kagame, who focused on creating an Africa wide free-trade zone during his tenure.

“There is no doubt that you (Sisi) will take our union forward decisively to new and greater heights,” the Rwandan leader said as he handed over to Egypt’s president.

In recent years, Cairo has had a frosty relationship with the African Union.

Egypt was kicked out of the 55-member state pan-African body in 2013 following a Sisi-led military coup.

The coup resulted in the overthrew of the country’s democratically elected leader, Mohamed Morsi, and brought Sisi to power. The bloc later lifted Egypt’s suspension.

“During his time in power, President Abdel Fattah el-Sisi has demonstrated a shocking contempt for human rights. Under his leadership the country has undergone a catastrophic decline in rights and freedoms,” said Najia Bounaim, Amnesty’s North Africa campaign director.

“There are real fears about the potential impact his chairmanship could have on the independence of regional human rights mechanisms and their future engagement with civil society,” Bounaim added.

It is the first time since the AU was founded in 2002 that Egypt assumes the top seat of the body. 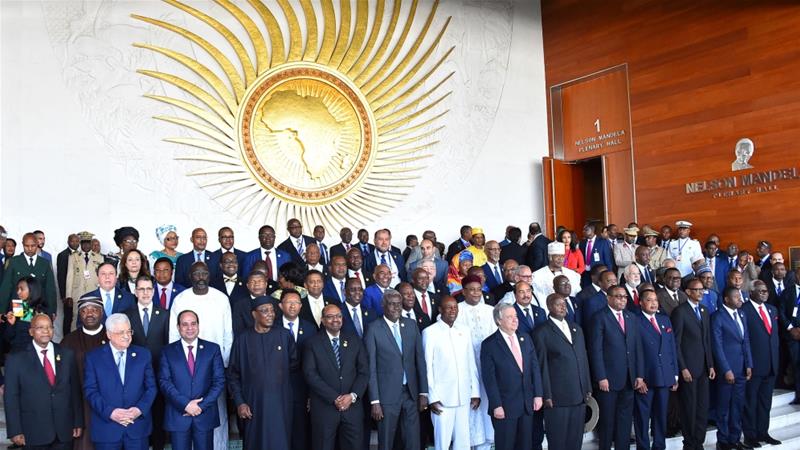 Can the African Union reform itself?