Turkish leader calls for fight against Islamophobia that is like the one against ‘anti-Semitism after the Holocaust’. 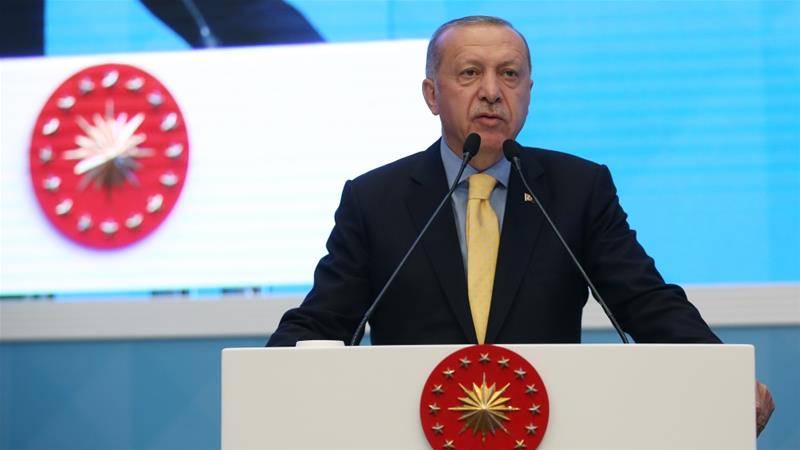 Turkish President Recep Tayyip Erdogan on Friday called on the world to fight rising Islamophobia as they did against “anti-Semitism after the Holocaust”, following the attack on two mosques in Christchurch, New Zealand that killed 50 people.

“Just as humanity fought against anti-Semitism after the Holocaust disaster, it should fight against rising Islamophobia in the same determined fashion,” Erdogan told an emergency meeting of the Organisation of Islamic Cooperation (OIC).

In a speech at the meeting of Muslim foreign ministers in Istanbul, Erdogan also praised the sensitivity shown by the New Zealand government and Prime Minister Jacinda Ardern in the wake of the attack.

“The empathy and solidarity shown by Ardern towards Muslims should be an example for all world leaders,” he said.

New Zealand Foreign Minister Winston Peters reassured the gathering that Muslims living in the country would be “safe and secure” despite the deadly attacks in Christchurch.

“Police stand guard at every mosque to ensure people can pray in peace. And there’s an elevated police presence throughout the country. There are new strict gun control measures already announced and we’ll confront the way that social media is used to spread vile hate,” he said.

“We are here to show we are one body against Islamophobic actions across the world,” he said.

Erdogan, campaigning for local elections this month, has presented the attack as an assault on Islam and has demanded the West do more to counter Islamophobia.

He has angered New Zealand by repeatedly showing a video made by the attacker during the Christchurch shootings.

Erdogan has also angered Australia with comments about anti-Muslim Australians being sent back in “coffins” like their grandfathers at Gallipoli, a World War I battle.

The accused gunman, a self-avowed white supremacist from Australia, livestreamed much of the attack and spread a manifesto on social media claiming it was an attack against Muslim “invaders”.