Financial institutions in EU member states will now have to commit to greater levels of scrutiny for transactions. 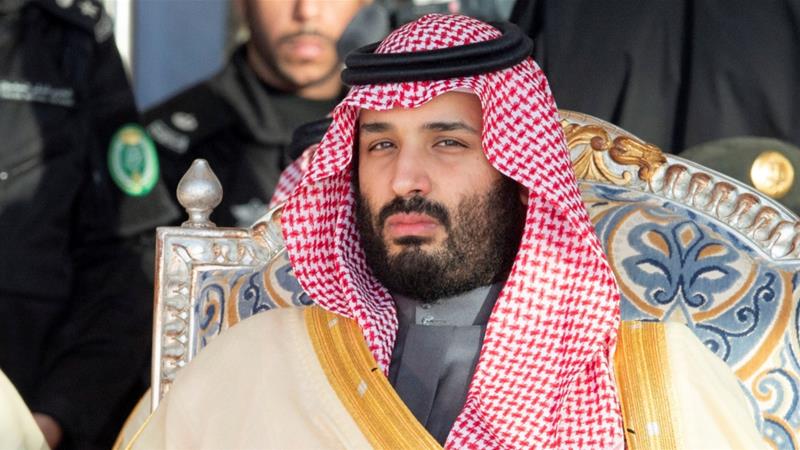 The European Commission confirmed it intends to put Saudi Arabia on its updated list of high-risk jurisdictions for money laundering and terrorist financing.

Other countries including Pakistan, Libya and Panama have also been added to the list, which the European Parliament is expected to ratify within one month.

After a string of high-profile scandals involving EU-affiliated financial institutions and international accounts, the EC is acting.

Sven Giegold MEP told Al Jazeera “it’s a sign of European self-confidence … the EU will insist on imposing its standards”.

The effect on Riyadh is likely to be three-fold. First is the threat to investment from EU-related financial institutions, who had been targeted by Crown Prince Mohammed bin Salman (MBS) as part of his Vision 2030 reform package.

Second is the public relations damage from alleged links between Saudi Arabia and alleged armed groups including Islamic States of Iraq and the Levant (ISIL, ISIS) and al-Qaeda. The EC is adamant that it has reason to believe Saudi Arabian individuals or financial institutions are at high risk of being used in money laundering or financing terrorism. These new measures bring the prospect of uncomfortable ties between Saudi Arabian entities and organisations accused of terrorism.

Thirdly, Saudi citizens around the world account for the second-largest remittances market on earth, valued at $37bn in 2017. Citizens using EU-regulated financial institutions can expect greater scrutiny of their accounts, with transfers potentially being delayed or disrupted.

Saudi Arabia’s inclusion on the list of high-risk countries marks a definite shift in its relationship with the EU.

“Europe was simply not serious when it came to ML [money laundering] and TF [terror financing], this is now changing,” said Giegold.

He said the decision to include Saudi Arabia is proof the EU is moving away from politically dominated decision-making to one based on facts, though he argued more must be done.

“It’s troubling that Dubai is not there,” he said, adding “there are 31 other countries still being evaluated; Dubai, Russia, Azerbaijan and others”.

Wednesday’s announcement sets a new course and will further threaten the development of the crown prince’s reform agenda.

Vision 2030 began in 2016 as a programme to diversify the Saudi economy and encourage private investment. But foreign direct investment in the kingdom declined sharply in 2017 and investor confidence was further battered by the murder of Saudi writer Jamal Khashoggi last autumn. The prospect of dealing with a country on the EC’s list could become a further deterrent to investors.

The EU has been more vocal than the United States or individual EU member states in its criticism of Riyadh. The inclusion of Saudi Arabia on the list also reflects years of difficult questions from European voters about the challenges posed by international terrorist financing. Repeatedly the aftermath of attacks in Europe has seen law enforcement agencies’ work hampered by poor data sharing.

The list has been drawn up using a new assessment model that the EC describes as “the strongest anti-money laundering standards in the world”.

“Europe cannot be a laundromat for dirty money which sponsors crime and terrorism,” said Vera Jourova, European Commissioner for Justice, on Wednesday.

Officially the kingdom’s anti-money laundering and terrorism funding efforts are coordinated by a committee whose membership involves several government ministries and agencies. The Saudi government does not publicise the findings of its own risk assessments, as many other countries do.

Countries can also be removed from the list and Jourova indirectly addressed Wednesday’s additions, saying “this is an invitation to address your weakness”.

Whether Saudi Arabia will answer the call remains to be seen, though Giegold was sanguine about the need for progress. “It doesn’t make the relationship easier, but it is necessary.”