With the Eurozone’s economy on the brink of collapse, the European Parliament’s president warned Brussels lacks the tools to keep it afloat. David Sassoli called on the bloc’s leaders to reach an agreement on a series of new fiscal measures that can help support countries through the economic upheaval caused by the global pandemic. He said: “The instruments we have available now are not enough.

“A profound crisis will impact our economy, our structure and our very social model.

“It is not enough for the European Council to just open up debate – we need real leadership.”

European capitals have begun negotiations over so-called “coronabonds”, a joint eurozone debt initiative to help prop up its economies hit hardest by COVID-19.

While at least nine member states are pushing for the measure, Germany and the Netherlands have presented themselves as staunch opponents. 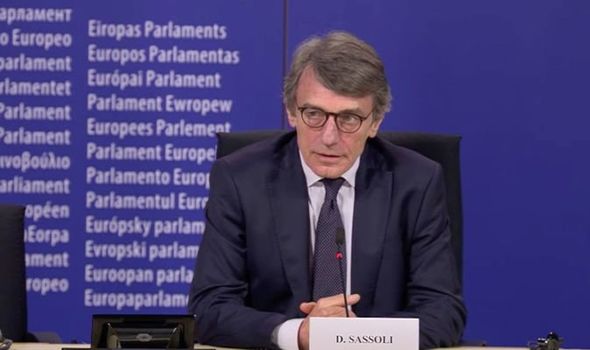 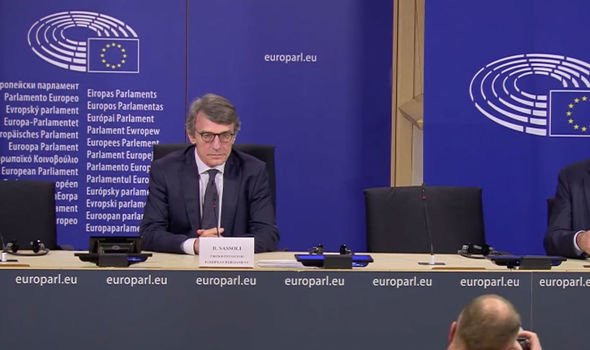 In a joint letter to European Council president Charles Michel, leaders from the nine countries insisted the EU needed “to work on common debt instrument issued by a European institution to raise funds on the market on the basis and to benefits of all member states”.

France’s Emmanuel Macron, Italy’s Giuseppe Conte and Spain’s Pedro Sanchez have all argued that the fight against coronavirus is a special case that could trigger economic shocks that impact all countries.

The letter said: “We are collectively accountable for an effect and united European response, they wrote in the letter, with the joint support of the leaders of Ireland, Greece, Slovenia, Luxembourg, Portugal and Belgium.

“This common debt instrument should have sufficient size and long maturity to be fully efficient and avoid roll-over risks now as in the future. 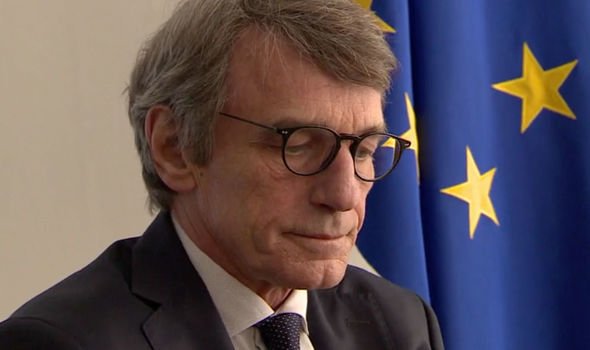 “The funds collected will be targeted to finance in all member states the necessary investments in the healthcare system.”

Opposition member states, which also include Austria, Denmark and Finland, argue that the bloc shouldn’t deploy such drastic measures until absolutely necessary.

“The problem is that we’ve been asked to jump immediately to the last resort mechanism while not having exhausted all the options on the road to that last resort.” 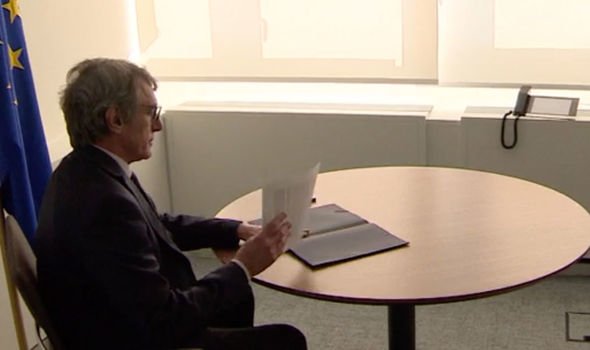 Another source added: “We shouldn’t use up all our instruments this week because we don’t know how deep this crisis will be. There must always be spare ammunition to fall back on if need be.

“My country will not agree to corona bonds, that’s quite clear. We don’t think this is the right solution to the crisis at this time,” the diplomat said on condition of anonymity.”

Eurogroup finance ministers have already failed to reach a consensus for the planned measure, instead leaving leaders to make a final decision.

DON’T MISS
France and Spain using Italian coronavirus deaths in EU cash grab [EXCLUSIVE]
Coronavirus symptoms: what are they – when should I call a doctor? [INSIGHT]
Coronavirus: THIS is why social distancing is so daunting [ANALYSIS]

The new joint credit lines are reminiscent of the eurobonds that were discussed as part of the rescue package after the end of the EU debt crisis.

During tense negotiations, the bloc’s debtors proposed the EU “mutualise’ debt through a joint debt instrument.

But German economy minister Peter Altmaier said the discussion over the measure was a “phantom debate”.

“I urge caution when supposedly new, ingenious concepts are presented which often enough are just long discarded ideas coming back from the dead,” he fumed.