Speaking to Express.co.uk, Charles-Henri Gallois, a member of the UPR eurosceptic French party, claimed politicians from all sides of the political spectrum have now joined his party to fight for Frexit. He claimed there are economic arguments for France to leave the European Union after Brexit, but that in the end, it is a principle of democracy that is driving the cause in France. He said: “I think you have all the economic arguments to have Frexit but in the end, it was the same with Brexit, we can talk about economics on both sides, like the project fear we can push the real fight to explain the real cost, but it’s a question of democracy.

“This is not democracy. The European Union is anti-democratic.” 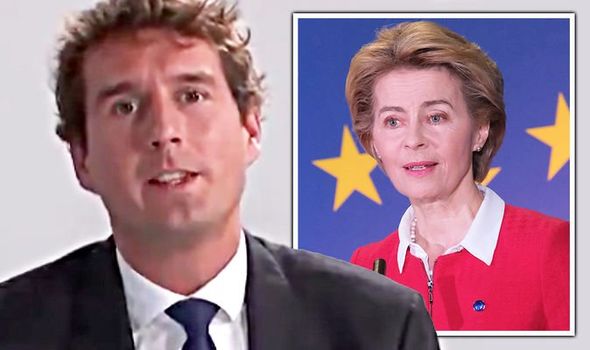 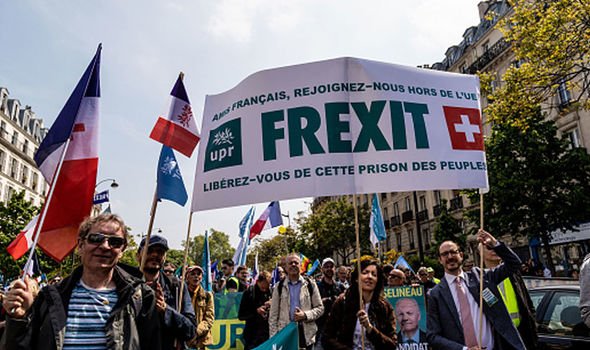 He continued: “The UPR is a party with people both from the left and the right fighting to have Frexit because we know, as the UK has shown, we will never leave the European Union if we fight between left and right.

“We need all democrats who want to get free from the European Union.”

In 2005, a referendum on EU laws was completely ignored by the then French Government.

The question read: “Do you approve the bill authorizing the ratification of the treaty establishing a Constitution for Europe?”

55 percent of the 69 percent turnout rejected the bill.

A poll carried out by Ipsos after the vote found that 52 percent of “no” voters said that their deteriorating daily life conditions played a part in their choice, 40 percent said that the draft constitution was “too liberal”, and 39 percent of no voters said they had voted “no” hoping for a better treaty.

Mr Gallois claimed a new referendum would result in an even bigger majority against EU rules in France today.

He also blamed the Brussels bloc for the regulations imposed on Emmanuel Macron sparking months of strikes and protests across the country. 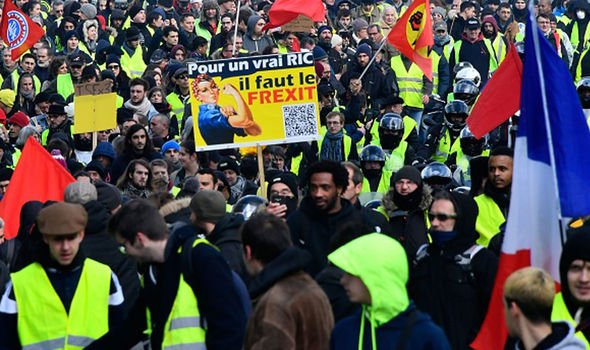 Many French voters, especially on the left, believed their wishes that they had clearly presented in 2005 had been ignored.

Fabien Chevalier, the president of the pro-EU group Sauvons l’Europe, said that the 2005 vote broke the momentum of the integration of the EU.

This is considered to be a key moment in France’s worsening view of the EU over the following years.