Lewis Goodall, policy editor for BBC Newsnight, detailed yesterday how many European nations have seen a surge in coronavirus cases since the turn of the year. Almost all European countries have seen a rise in cases over the last month, with virologists citing the more infectious “UK variant” – first identified in Kent – as part of the reason for the worsening figures.

Mr Goodall said talk of a third wave of the pandemic is “increasingly” common, as countries seek to curb cases.

He told Newsnight: “Half of Italy’s 20 regions are now in the strictest form of lockdown – Germany’s head of public health today said that he thought it was the beginnings of a third wave in his country.

“Nearly a third of France’s population – 21 million people – now in a new form of lockdown in Northern France.

“And, we’re hearing a little bit less about this, but in Central and Northern Europe, places that hadn’t previously had a quote unquote ‘bad pandemic’, like Scandinavia, have some of the worst figures we have seen.” 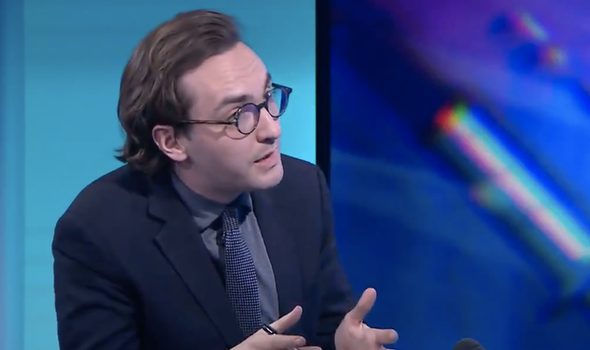 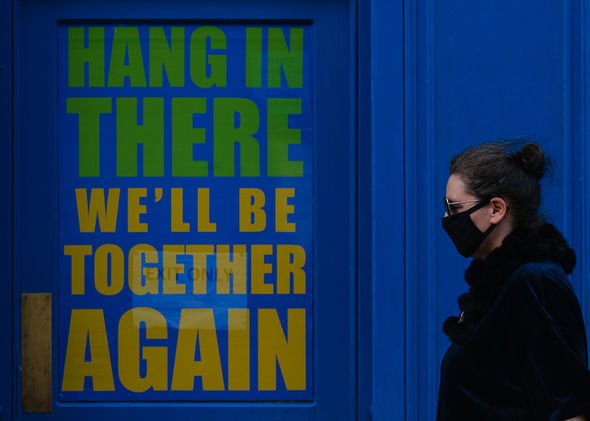 Poland, which had around 200 cases per million as of January 3, has risen to the highest in Europe at over 400.

The UK, which suffered a surge of cases at the turn of the year due to the Kent variant, now has the second lowest cases per million in Europe at 83.

Mr Goodall added: “I think what most of these countries would say is that the UK variant, which of course caused so many problems for us at the start of the year, is now causing really systemic difficult problems for much of continental Europe.” 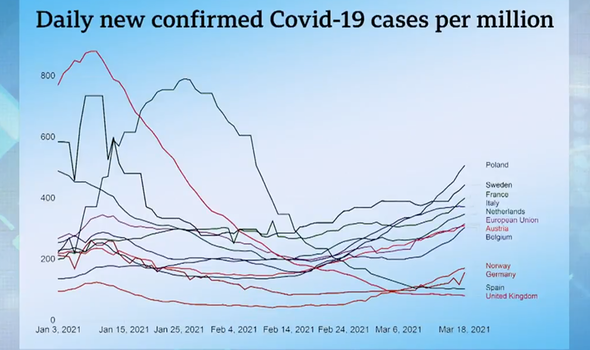 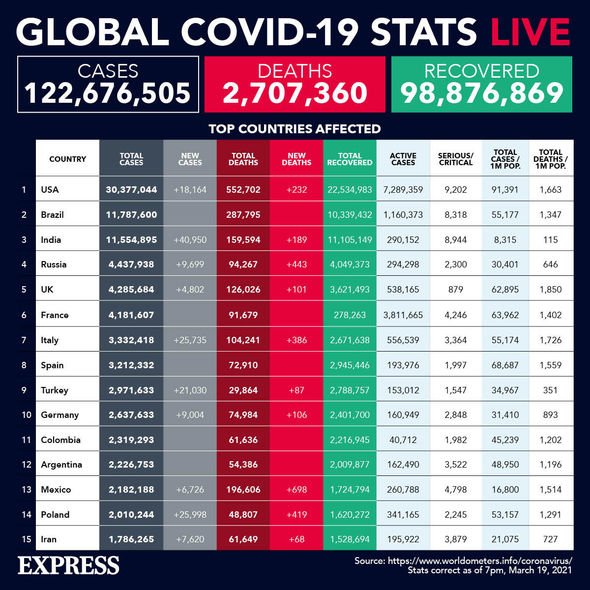 But Mr Goodall warned “we’re not out of the woods either”, citing clusters of cases in the North of England, and added: “No-one is really safe from this pandemic until everyone is safe.”

Government ministers have flagged concerns with the spiral of cases in Europe, despite the rollout of coronavirus vaccines.

A source told The Times: “It’s a fact that when waves one and two hit Europe they hit us afterwards.”

France Covid panic – Thousands flee Paris before lockdown [LATEST]
UK R-rate increase: What is the R-rate near me? [INSIGHT]
Coronavirus new strain: Five signs you have a COVID-19 headache [REVEAL]

Professor Neil Ferguson of Imperial College London, a member of the NERVTAG advisory group, told Today on BBC Radio 4 Britain needs to avoid a cluster of the South African variant.

“That is the variant we really do want to keep out of the UK.” 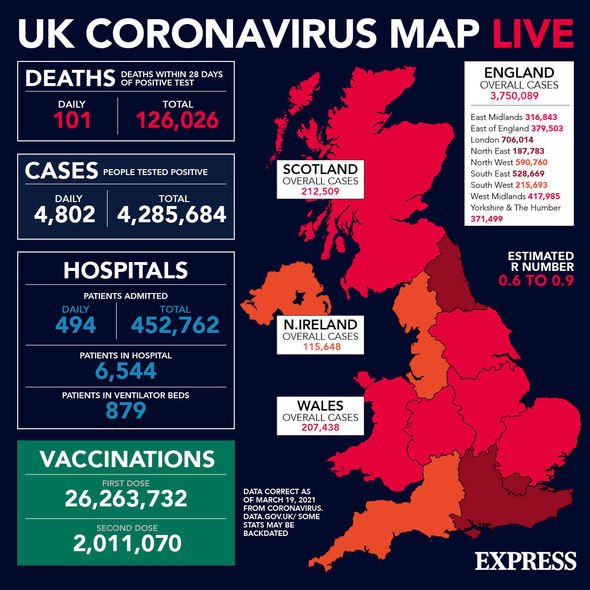 Yesterday saw the UK record another 4,802 cases and 101 deaths within 28 days of a positive coronavirus test.