Europeans have defied official bans against mass gatherings across the continent, as protests continue to erupt across major capitals from Paris to Berlin. Thousands have taken to the streets in Europe to protest racism and police brutality, following the tragic US police killing of George Floyd, which has first triggered a wave of protests in America. Thousands poured in the streets in countries including France, Germany, Spain, Belgium, the Netherlands, Austria, Finland, Slovakia, Greece, Ireland, Poland, Sweden and others

Demonstrators across these protests held up banners and placards reading ‘Black lives matter’ and ‘I can’t breathe’.

In Athens, violence erupted when protesters  hurled firebombs at the US Embassy earlier this week, with police responding with rounds of teargas.

More than 3,000 protesters took to the street in the Greek capital as angry demonstrators clashed with authorities.

A number of masked protesters struck police with stones and petrol bombs. 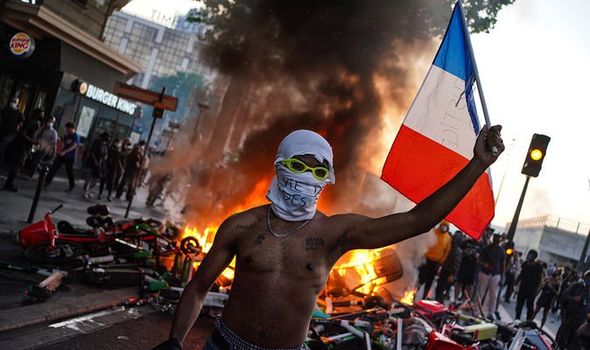 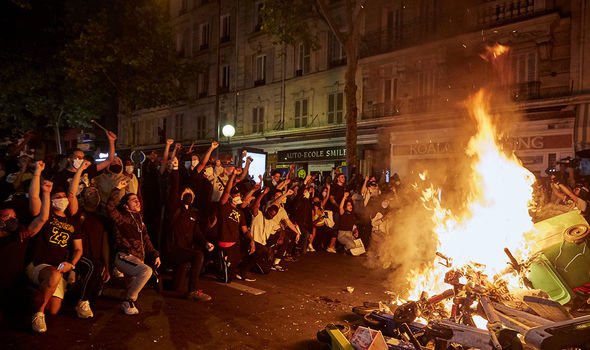 The biggest disturbance in Europe arose in France, where police have now banned two ‘Black Lives Matter’ protests planned to take place this weekend outside the US Embassy and on the lawns near the Eiffel Tower in Paris.

Paris police claim the ban is out of fears of social disorder as well as health risks from large gatherings due to the deadly coronavirus pandemic.

There are also planned demonstrations in Marseille, Bordeaux, Lille, Nantes and Metz on Saturday. 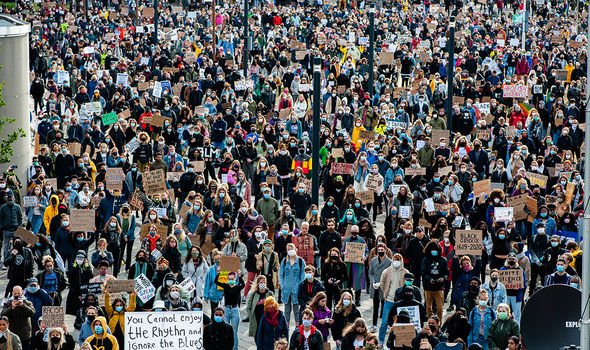 Protesters in Paris already defied a previous police ban this week, when more than 20,000 people demonstrated in honour of Adama Traore, a 24-year-old black Frenchman who died in a 2016 police operation which has drawn comparisons to George Floyd’s death.

However, violence later broke out at these gatherings, prompting French police to respond with tear gas. 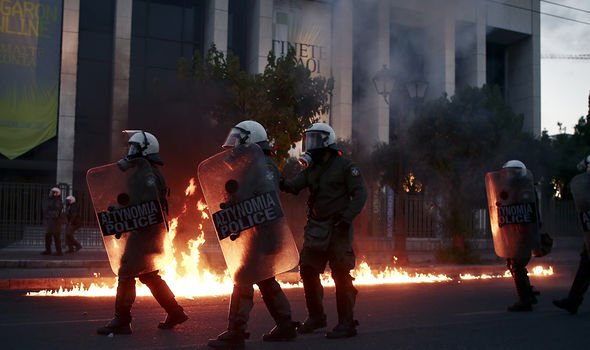 More than 5,000 people also gathered for a Black Lives Matter protest in Utrecht and Rotterdam in the Netherlands.

The German capital of Berlin also recorded large crowds in front of the US embassy.

He said: “Like the people of the United States, we are shocked and appalled by the death of George Floyd.”

Mr Floyd died on May 25 after ex-Minneapolis police officer Derek Chauvin pinned his neck to the ground for nearly nine minutes, despite Floyd’s repeated pleas that he could not breathe.