Charles Sirleaf charged in connection with the unlawful overprinting of local currency worth millions of US dollars. 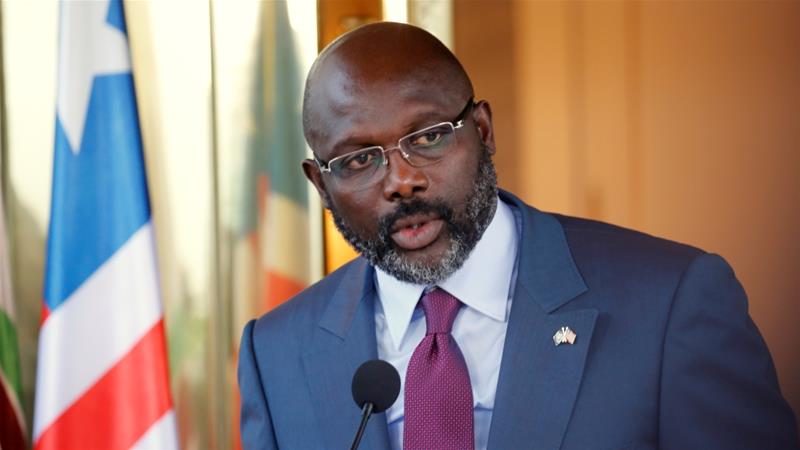 The Liberian police have formally charged the son of the country’s former President Ellen Johnson Sirleaf in connection with the unlawful overprinting of local currency worth millions of US dollars.

Charles Sirleaf, the 61-year-old former deputy governor of the Central Bank of Liberia, was ordered by a court in the capital, Monrovia, on Monday to be held in jail pending the scheduling of the trial.

Additionally, Sirleaf, former head of the bank Milton Weeks and bank official Dorbor Hagba were also ordered by the court to be kept in jail.

The crowded court heard that between 2016 and 2018, Sirleaf “purposely with wicked and criminal intent connived and conspired with other officials” to print local currency, allegedly pocketing some of the proceeds.

Judge Kennedy Peabody said Sirleaf would be charged “with the commission of economic sabotage, misuse of public money, property or records and theft and or illegal disbursement and expenditure of public money and criminal conspiracy”.

“Charles Sirleaf and his accomplices Milton Weeks and Dorbor Hagba, including defendants Richard Walker and Joseph Dennis who are at-large, are criminally liable [for] … Liberian dollar banknotes brought into the country which cannot be accounted for by them,” said Peabody.

The lawyers for the accused did not publicly comment about the charges.

President George Weah separately expressed appreciation to the country’s partners, especially the United States, for helping with the investigation.

“I wanted the Liberian people [to] know that we are transparent,” the president said in a statement. “Whatever happens from [the] findings, we will follow it because, in the process of getting information, a lot of things do come out.

“When everything is done, I hope Liberia will be in peace and people will not take to the streets again.”

Weah announced the probe in September into the handling of around 16 billion Liberian dollars ($99m) destined for the central bank.

What exactly happened to the money remains unclear, with a report by the US investigative agency Kroll Associates saying it arrived at the central bank but that there were failings at each stage of the process.

One of the world’s poorest countries, Liberia has been struggling with rampant corruption which Weah vowed to combat when he took office a year ago.

Ellen, the first elected female head of the African state, was president for 12 years. She gained widespread praise for stable governance following back-to-back civil wars which killed an estimated 250,000 people.

In 2011, she was a joint winner of the Nobel Peace Prize.