RIYADH (Reuters) – France is ready to support Lebanon financially – bilaterally or multilaterally – its finance minister said on Sunday, warning against mixing economic recovery in the small Mediterranean state with U.S.-led efforts to counter Iran in the region. 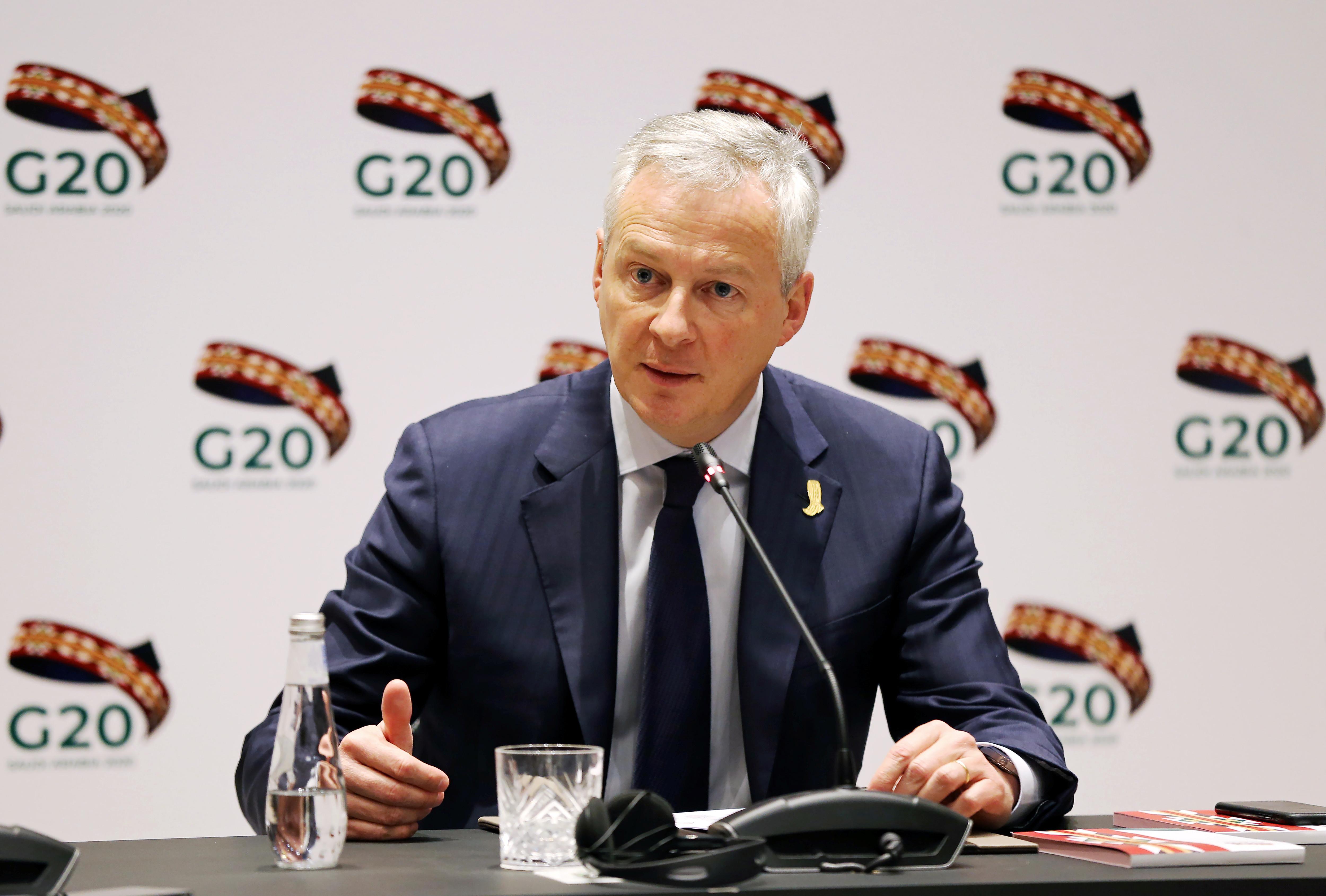 “France always stands ready to help Lebanon. It has always been the case in the past and it will be the case in the future…” Bruno Le Maire told Reuters at the end of a meeting of finance officials from the Group of 20 (G20) major economies.

“If there is any help required from Lebanon, France will be there.”

As the crisis deepens, hitting ordinary Lebanese hard, there is no sign of foreign aid. Western and Sunni-led Gulf Arab states that helped in the past have made clear that any support hinges on Beirut implementing long-delayed reforms to address root causes such as state corruption and bad governance.

Saudi Arabia’s finance minister said on Sunday the kingdom was in contact with allies and international bodies to coordinate any support for Lebanon on the basis of economic reforms proposed by Beirut.

U.S. Treasury Secretary Steven Mnuchin told Reuters in an interview that Washington was keeping a close eye on the situation. “It’s something we’re monitoring – both the political and economic issues there,” he said. “Our interest is in the people of Lebanon. We want there to be safe environment where they can succeed economically and live as they want to.”

An International Monetary Fund (IMF) team has discussed all possible options in recent meetings with Lebanese officials, who are seeking technical advice for tackling the crisis as Beirut mulls a plan for dealing with fast-approaching debt payments.

Le Maire said decisions by Lebanon’s government were urgently needed to improve the situation on the ground.

“We want to move in the official fora and we think that the IMF might have a role to play at one stage, but it’s up to the Lebanese government to decide,” he said. “But if there is any need for help, either bilateral or multilateral, we stand ready to help.”

Since protests erupted in October, Lebanon’s currency has slumped by roughly 60% on a parallel market, dollars have become scarce, prices have been hiked and thousands of jobs have been shed.

Lebanese Prime Minister Hassan Diab’s government took office last month with the backing of Hezbollah, the Iranian-backed Shi’ite group, and its allies, as Washington presses its policy of “maximum pressure” against Iran with wide-ranging sanctions.

“We know that there are ties between the two issues but we don’t want to mix the issue of economic recovery in Lebanon, which is today the clear emergency, and the question of Iran,” Le Maire added.