(Reuters) – The coronavirus has brought hard-hit Italy to a standstill, led to runs on grocery stores around the world and prompted a stark drop in going-out between Mardi Gras and St. Patrick’s Day, location data from Google showed. 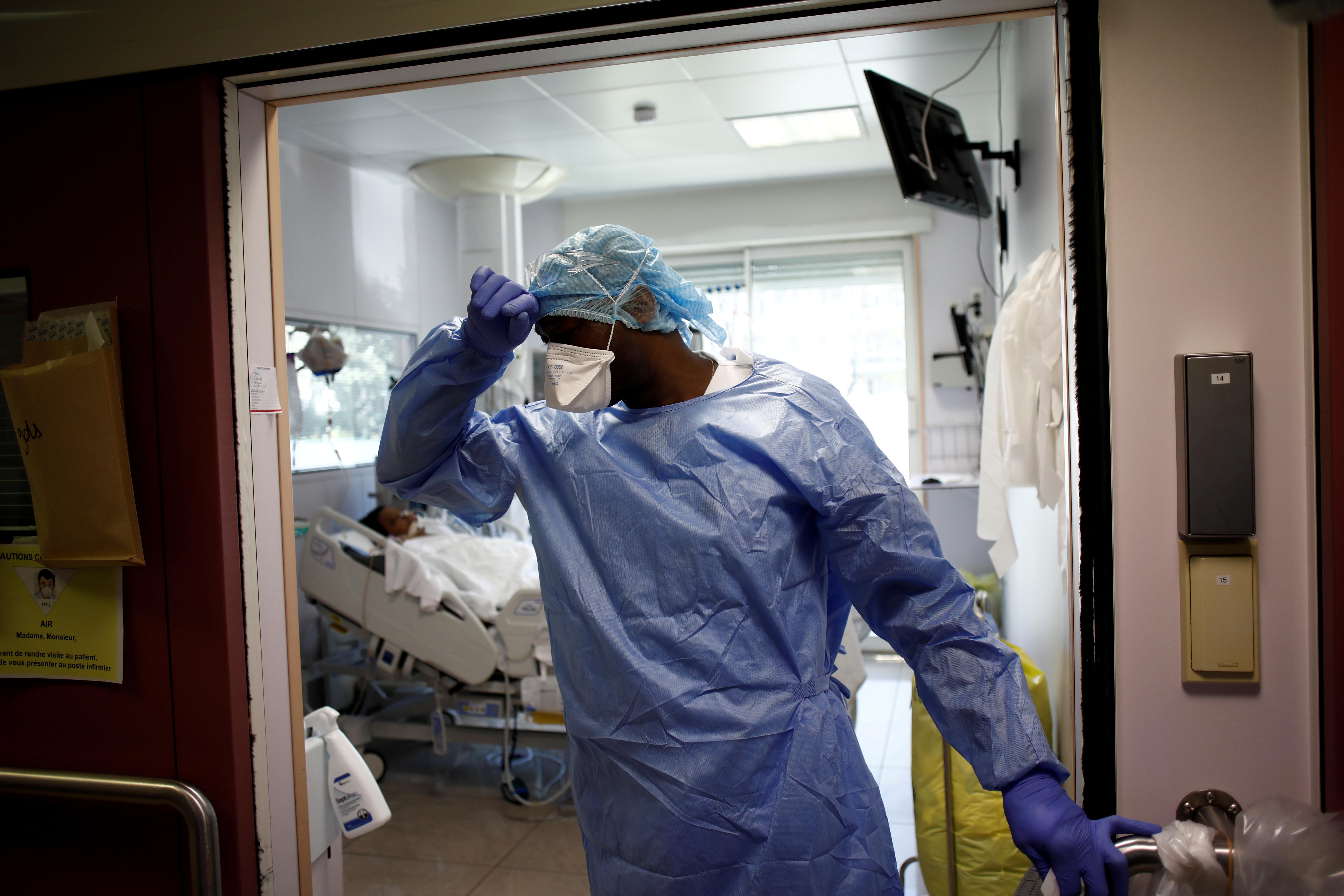 ** Reported cases have surpassed 1 million globally and more than 53,000 people have died, according to a Reuters tally.

** For an interactive graphic tracking the global spread, open tmsnrt.rs/3aIRuz7 in an external browser.

** U.S.-focused tracker with state-by-state and county map, open tmsnrt.rs/2w7hX9T in an external browser.

** Italy’s civil protection chief said the country’s lockdown would probably continue beyond the start of May.

** Britain opened a new hospital in a London conference centre, built in under two weeks to provide thousands of extra beds, as its health minister said the outbreak should peak in the next few weeks, slightly sooner than previously expected.

** Spain’s daily deaths fell for the first time since March 26, a day after its total casualties exceeded 10,000.

** The death count in France surged to nearly 5,400 on Thursday after the health ministry began including nursing home fatalities in its data.

** The Trump administration on Thursday looked set to join local officials in advising Americans to wear masks when venturing outside, as the U.S. death toll rose by 1,000 in a single day for the first time.

** New York City hospitals and morgues struggled to treat the severely ill and bury the dead, and San Francisco secured 4,500 rooms in its now-empty hotels for the homeless.

** Two Dutch ocean liners stuck at sea due to an onboard outbreak were allowed to dock in Florida.

** Brazil faces a tense period in the coming weeks, with supplies of medical and protective equipment running low and fresh shipments from China not expected to arrive for another month.

** Mexico’s deputy health minister said there were no plans for border closures even as the country’s death toll jumped to 50 from 37 a day earlier.

** Canada faces “a critical week” in fighting the virus, a senior official said, as the death toll jumped 21% to 127.

ASIA AND THE PACIFIC

** The top official in the central Chinese city of Wuhan, where the virus was first identified, warned residents to stay vigilant and avoid going out, even as the latest data showed a decline in new cases in mainland China and zero new infections in the city.

** Singapore introduced stricter measures that will close schools and most of its workplaces, except for essential services and key economic sectors, for a month.

** Australia closed internal borders and warned people to stay home over the Easter holiday, as its prime minister said the health care system should be able to cope based on the current trajectory.

** The U.S. government on Friday sounded the alarm about the surge in coronavirus cases in Japan, adding to a chorus of prominent domestic voices – including the governor of Tokyo – who have called for decisive action to avoid an explosive outbreak.

** India will pull out of a three-week lockdown in phases, as officials battle to contain the country’s biggest cluster of infections in New Delhi.

** Police in Pakistan will enforce a strict lockdown to prevent people from going to mosques to offer Friday prayers, and Bangladesh appealed to mosque-goers to stay at home.

** Indonesia’s death toll passed South Korea as the country with the highest number of recorded fatalities in Asia after China.

** Taiwan and the United States discussed how to get “closer coordination” between the island and the World Health Organization during the outbreak, drawing a rebuke from China for “political manipulation” of the epidemic.

** Saudi Arabia brought forward its nightly curfew by four hours in three areas and imposed a 24-hour curfew in the Muslim holy cities of Mecca and Medina.

** Israel enforced a lockdown of an ultra-Orthodox Jewish town badly affected by the virus.

** Border closures and travel restrictions in Africa are delaying medical aid in a region where millions rely on outside help for basic care.

** Iraq has confirmed thousands more cases than publicly reported, according to three doctors closely involved in the testing process, a health ministry official and a senior political official.

** European stock markets sank on Friday, erasing meagre gains for the week, as more companies flagged a hit to business from the pandemic while oil prices extended their previous day’s gains on hopes of a global supply cut. [MKTS/GLOB]

** Euro zone states that need aid from the bloc’s bailout fund should get it quickly without being subjected to lengthy visits and policy proposals from officials, Germany’s finance minister said.

** The U.S. economy likely shed jobs in March, abruptly ending a historic 113 straight months of employment growth, confirming a recession is under way.

** Britain’s economy looks set for a slump that in the short term could be deeper than during the depression of the 1930s.

** The World Bank said its executive board approved an initial $1.9 billion in emergency funds for response operations in 25 countries, and said it was moving quickly on projects in 40 additional countries.

** Japan will roll out a stimulus package next week targeting small firms and households hardest hit by social distancing policies.

** Thailand’s new package of economic measures will be worth about 10% of its gross domestic product.

** Saudi Arabia’s king earmarked $2.4 billion to pay part of the wages of private-sector workers to deter companies from laying off staff.