Police have made a number of arrests after searching the offices of Spanish football giants FC Barcelona.

No details have been released about how many people have been detained or their identities, with a Catalan police spokeswoman only revealing that the raid followed an investigation by the force’s financial crimes unit.

Officials at Barcelona confirmed the club’s Camp Nou stadium offices had been searched. In a statement, the La Liga side – currently second in the table – said they had offered up their “full collaboration to the legal and police authorities to help make clear facts which are subject to investigation”.

“The information and documentation requested by the judicial police force relate strictly to the facts relative to this case,” the club added.

“FC Barcelona express its utmost respect for the judicial process in place and for the principle of presumed innocence for the people affected within the remit of this investigation.”

Reports say Monday’s raid stems from the so-called “Barcagate” affair, in which officials were accused of a smear campaign on social media against current and former players who were critical of the Catalan club and its then president Josep Maria Bartomeu.

The revelations led to protests from supporters and to several board members resigning while increasing the pressure on the unpopular Mr Bartomeu, who eventually stepped down in October after facing a vote of no confidence following six years in the role.

It comes amid a disappointing season for Barcelona thus far – they are staring down the barrel of an early exit from the Champions League after a 4-1 defeat in the first leg of their last-16 tie with French champions PSG last month. 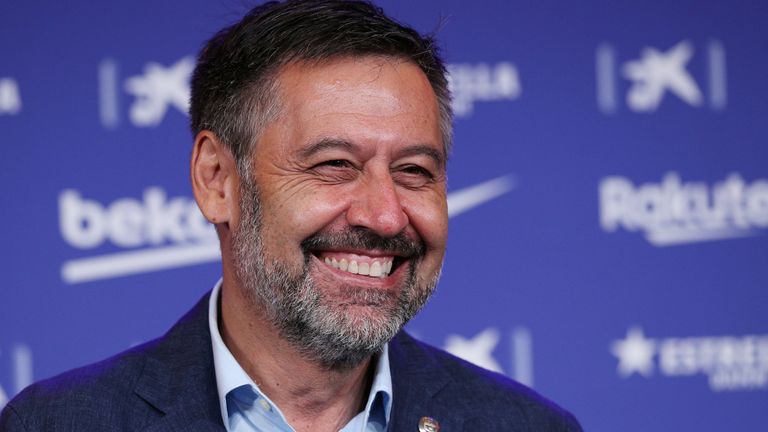 The club’s members will vote to elect a new president in next Sunday’s election, which was postponed from January due to COVID-19 restrictions in Catalonia.

There are three candidates on the final ballot – Victor Font, Joan Laporta and Toni Freia.

Responding to news of the raid, Mr Freia, a former director under Bartomeu, tweeted: “Too many people want to cause damage to Barcelona. We won’t permit it. You’ll never walk alone.”