Calls for revenge attacks against Kashmiris after suicide bomber kills 42 Indian troopers in the disputed region. 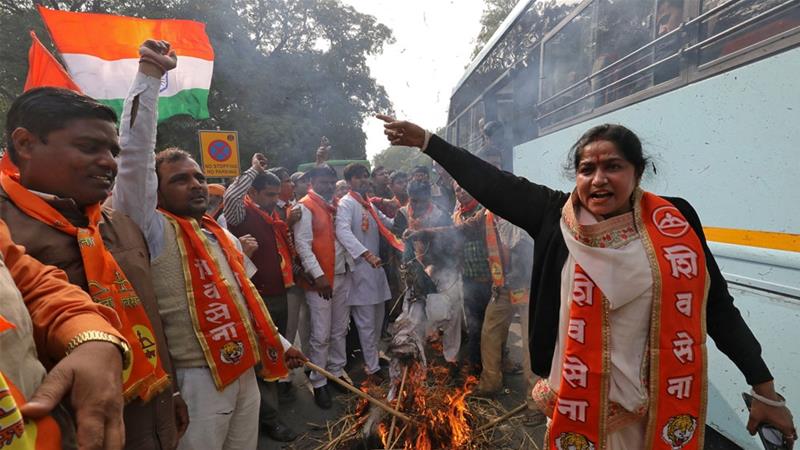 Passions have been running high against Kashmiri Muslims since Thursday when 20-year-old Adil Dar rammed his car filled with explosives into a convoy carrying Indian paramilitary forces, killing 42 of them.

Pakistan-based group Jaish-e-Mohammed (JeM) claimed responsibility for the attack, the deadliest in nearly 30 years of the Kashmir conflict.

The separatist rebels are fighting for the independence of all of Muslim-majority Kashmir, while some want it to become a part of neighbouring Pakistan.

Since Thursday, dozens of Kashmiris living outside the disputed Himalayan region have been threatened, assaulted or forced to vacate their residences.

Nisar Ahmad (name changed), 23, who is studying physics at an institute in Dehradun, capital of the northern Uttarakhand state, told Al Jazeera that Kashmiri students were beaten by a mob on Friday.

“Following the suicide attack, two Kashmiri students were ruthlessly beaten by a mob in Sudhowala area. We have not even ventured out of our rooms since the attack.”

Ahmad said a group of around 70 people took out a rally in the area on Saturday, “chanting slogans like ‘shoot the traitor Kashmiris’, ‘drive them out'”.

“The situation here is very tense. We feel very insecure here,” he said. “We want to go back to our home but don’t understand how. We are scared of even moving out of our rooms. Our supplies are finished,” he said.

Asma Ashraf, 24, a student of science in Dehradun, told Al Jazeera that she fears for her life after her hostel was “surrounded by a mob”.

“They asked the college authorities to throw the Kashmiris out,” she said. 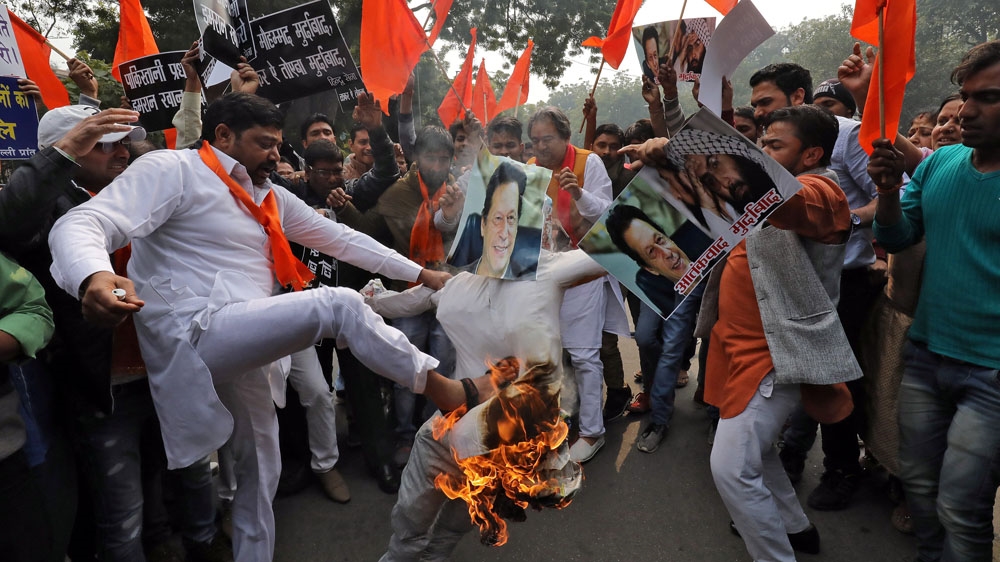 Muhammad Dawood, 23, who is from north Kashmir’s Baramulla district and studies geology in Dehradun, told Al Jazeera that he is “unable to move out after attacks by Hindu right-wing mobs”.

“Our landlady saved us as the mob entered our room. I hid in a bathroom,” Dawood said, adding that more than 20 students are stuck and unable to move out “fearing more attacks on their way”.

In the Indian capital, New Delhi, 25-year-old Sara Khursheed told Al Jazeera the Kashmiris are being looked at with “suspicion after the attack”.

“Yesterday, I was returning home from work. A passer-by shouted at me and said these Kashmiris are happy over the killings. We fear we might be thrown out by our landlords,” she said.

“We are on the run since yesterday without food. We left the rented place and now the administration has put us in a hostel with some security. We want to go home… We are around 200 students from Kashmir inside the hostel and we can’t go out,” he said.

Bashir is a resident of Pulwama district where the suicide blast took place on Thursday. He did not want to reveal his second name.

Vikas Verma, a member of Bajrang Dal – a far-right Hindu group with links to the ruling BJP and known for attacks against minorities in India, accused the Kashmiri students of “insulting the Indian paramilitary troopers on WhatsApp”.

“They have written against the forces on social media. We have given these students 24 hours to leave, or else they will face the consequences,” said Verma from Dehradun.

Kashmir region’s police chief Dilbagh Singh told Al Jazeera that “they have taken up the issue with the states where the incidents have taken place to ensure that the students are not touched”.

“Wherever we got the calls from, we got in touch with the respective police and they have ensured us. There is nothing to worry,” he said.

Police in Kashmir have issued helpline numbers for the students residing in mainland India to report threats or attacks.

Many Indians, as well as Kashmiris across India, were seen posting messages on social media, offering their homes to any Kashmiri threatened or fearing violence.

Kashmiri leaders have appealed to the federal government to ensure the safety of the students and other Kashmiris as right-wing groups call for “revenge attacks”.

Mehbooba Mufti, former chief minister of Jammu and Kashmir state who ran a coalition government with the BJP until June last year, termed the incidents as “unfortunate”.

“I have talked to the Indian home minister and the administration in Dehradun to help the students. This should not have happened. These people have gone to study there. It will further alienate the situation,” she told Al Jazeera.

Mufti added that there are many areas in India where the situation since Thursday has been “sensitive”.

India’s federal home ministry has issued an advisory to all the states to ensure the safety of all Kashmiris, news agency ANI reported.

Meanwhile, traders in Kashmir have called for a shutdown on Sunday in protest against the attacks on Kashmiri students. 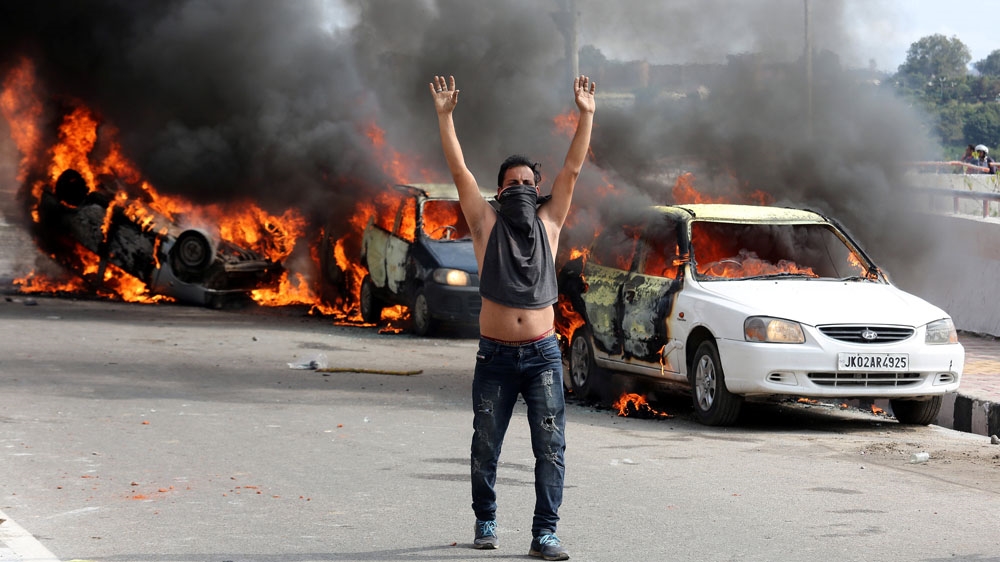 On Friday, Muslim residents in Jammu accused right-wing groups of setting their vehicles on fire and raising slogans against the Kashmiris residing in the city.

“In the Hindu majority areas of Jammu, wherever they found a car with a Kashmiri number plate, they set it ablaze. Muslims fear to go out. I have not been to work for the past two days,” Suhail Ahmad, a resident of Jammu, said.

The Jammu administration has imposed curfew in the whole district and deployed additional forces to maintain law and order.

While the governments in both Kashmir and at the centre have taken stock of the situation, it has not been enough to allay the fears of Kashmiris living in India.

“The new definition of Indian nationalism is to take rallies with the tricolour flag and loot, arson, kill, support rapists … and you are a nationalist,” Kashmiri activist Rayees Rasool posted on Facebook.

Bilal Kuchay contributed to this report from New Delhi