A group in China is using a flamethrowing drone to destroy the nests of wasps.

The device is being used as part of a campaign to eradicate more than 100 wasp nests in a village in Zhong county near the city of Chongqing.

Blue Sky Rescue, which the China Daily newspaper describes as the country’s largest non-governmental humanitarian organisation, teamed up with residents to carry out the operation.

The group of volunteers, which normally conducts search and rescue and other emergency work, raised 80,000 yuan (£9,200) to buy a drone and equip it with a petrol tank and an arm-length nozzle.

Videos show a recent mission by the drone which involved it hovering over a hive before unleashing a burst of fire, setting fire to the nest which, because it is made from wood pulp, is effectively paper.

An article on a local news app run by state-run Chongqing TV said: “The burning ashes of the wasp’s nest gradually peeled off and fell, and the surrounding residents applauded and praised the rescue team.” 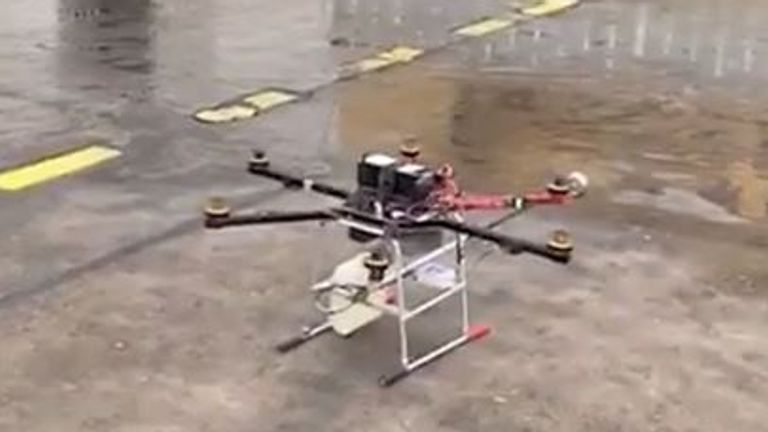 Wasp and hornet stings have periodically been responsible for a series of deaths across rural China, usually because of the time it takes to get emergency medical help.

In 2013, the China Daily reported that more than 100 people had died from severe wasp stings in Sichuan, which borders Chongqing, Shaanxi, Henan provinces. 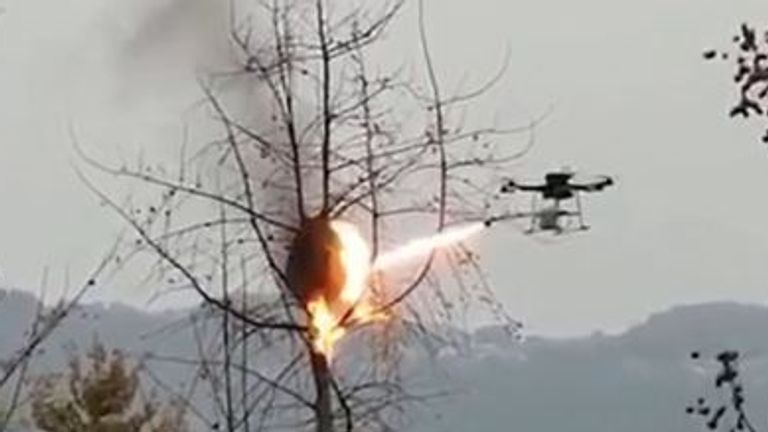 According to the British Pest Controllers Association, while being stung by one wasp isn’t normally dangerous, 30 or 40 stings can be enough to kill a person.

Generally, wasps are active in the warmer months and die away when it gets cold but the queen hibernates through the winter, usually in the bark of a tree or anywhere protected from frost.

A colony will abandon their nest after the summer and won’t return to it the following year, when the queen starts to build a new one.

Ecologists discourage eradication of wasps as they are carnivorous, meaning they eat creatures gardeners and farmers regard as pests and also act as excellent plant pollinators.