Former Indian president Pranab Mukherjee has died at the age of 84.

Mr Mukherjee had emergency surgery for a blood clot in his brain on 10 August and had also tested positive for coronavirus after the procedure.

He was the 13th president of India from 2012 to 2017 and had a political career spanning five decades.

The Army Hospital Research and Referral in New Delhi, where he was treated, said he had remained in a coma since the surgery and later suffered septic shock after developing a lung infection.

His son, Abhijeet Mukherjee, announced the news of his death on Monday evening local time.

India’s prime minister Narendra Modi was among the first to pay tribute and said he would “always cherish” their interactions.

“He made the president’s house a centre of learning, innovation, culture, science and literature. His wise counsel on key policy matters will never be forgotten by me,” he said.

“I was new to Delhi in 2014. From day one, I was blessed to have the guidance, support and blessings of Shri Pranab Mukherjee.”

He made his debut in politics in 1969 and was recruited into the Congress party by then-prime minister Indira Gandhi.

Four years later, he became a member of the Cabinet and was known as one of Ms Gandhi’s most trusted ministers.

Mr Mukherjee showed much political promise and was promoted to finance minister at the age of 47 – the youngest person to hold the post.

Over his career, he was finance, defence and foreign minister for three separate prime ministers. 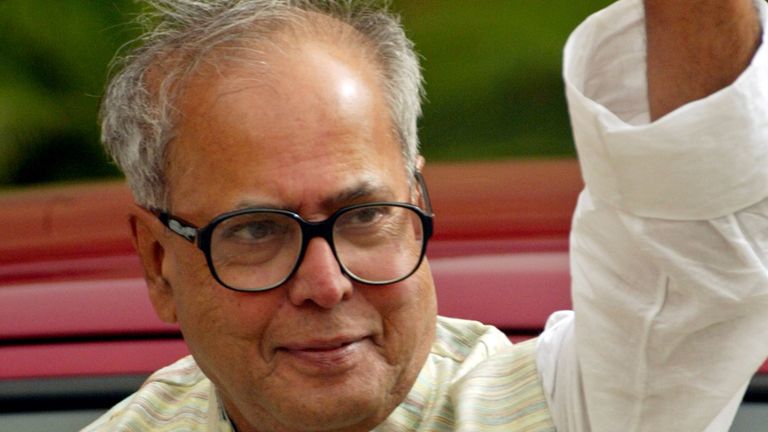 Among his achievements was his pivotal role in helping the India-US nuclear agreement to pass.

He had dreams of becoming prime minister but, much to his frustration, he was overlooked by the Congress party after Ms Gandhi’s assassination.

Instead, the role went to her son Rajiv Gandhi.

By the time he became India’s president in 2012, he was hugely qualified for the role and had a wealth of experience.

He served as president until 2017 and stepped away from politics the same year citing health concerns.