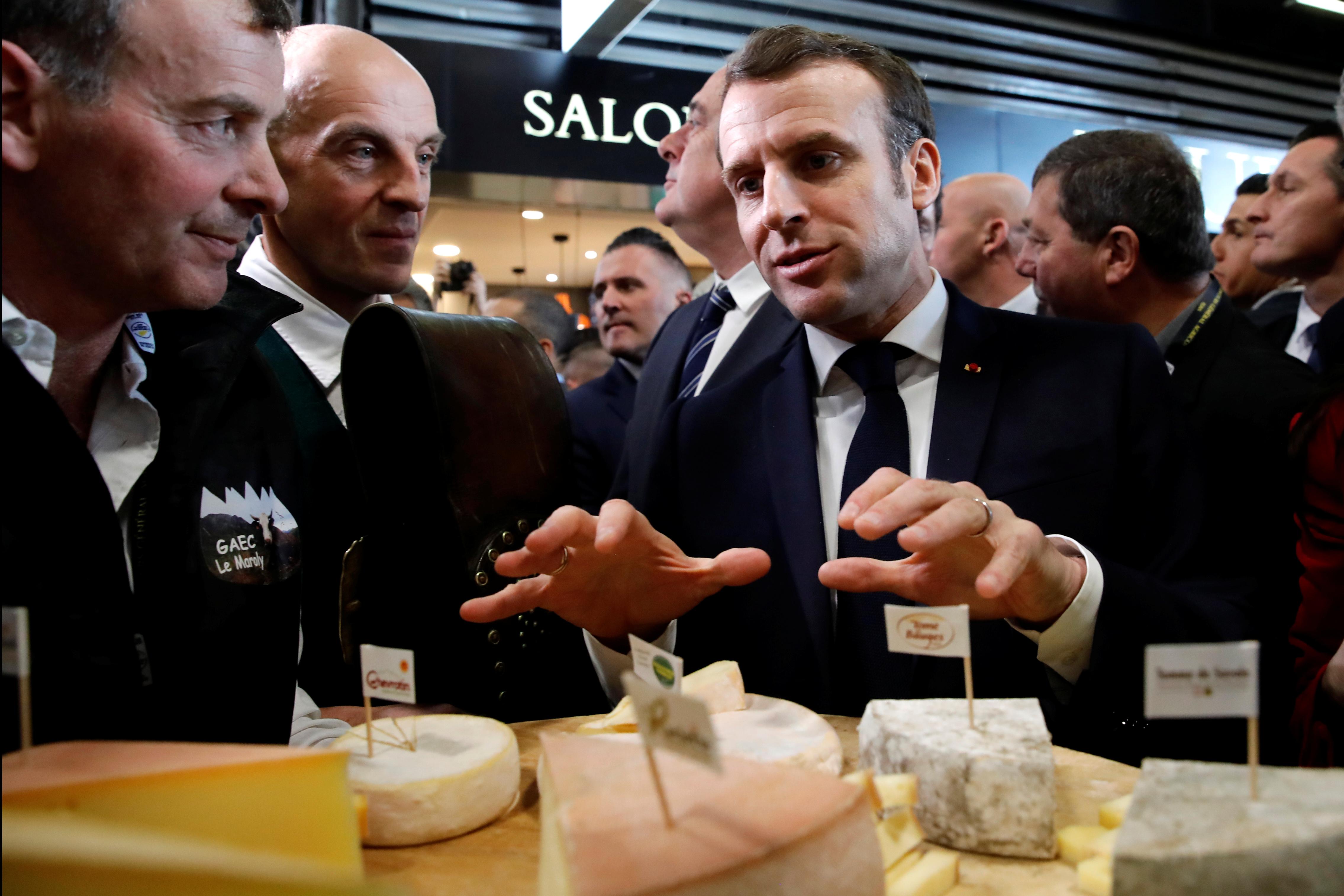 PARIS (Reuters) – French President Emmanuel Macron said on Saturday “intolerable human rights violations” were taking place in Cameroon, a week after 22 people were killed by gunmen in military fatigues in a village at the heart of a separatist insurgency.

Macron was reacting after a man in the crowd at a farm show in Paris challenged him about the killings.

“I will call President Biya next week and we will put maximum pressure so that the situation ends,” Macron said.

When the man in the crowd shouted: “France must not support dictators,” Macron replied: “France has a complicated role in Africa. When France says a leader has not been democratically elected, Africans tell us: why are you meddling? I put pressure on everyone, I work with the African Union to put pressure.”

Gunmen in military uniforms and masks killed 22 people in a Feb. 14 attack in a village in western Cameroon, shooting women and children and burning others in their homes, the United Nations said on Monday.

Cameroon’s army has been fighting since 2017 English-speaking militias seeking to form a breakaway state called Ambazonia amid the cocoa farms and forests of west Cameroon.

As fighting has intensified, so have abuses by both sides, witnesses and rights groups say.

The fighting is the gravest threat to stability in the oil- and cocoa-producing country since President Paul Biya took power nearly 40 years ago.

It was not yet clear who was responsible for Friday’s attack in Ntumbo in the northwest region of Cameroon near the Nigerian border. In a statement, separatists blamed the army. In its own the statement, the army denied wrongdoing.