DUBAI (Reuters) – Confrontation with America, economic hardship and an airline tragedy have battered Iranians’ confidence in their leaders, posing a potential problem for the authorities in a parliamentary election this week. 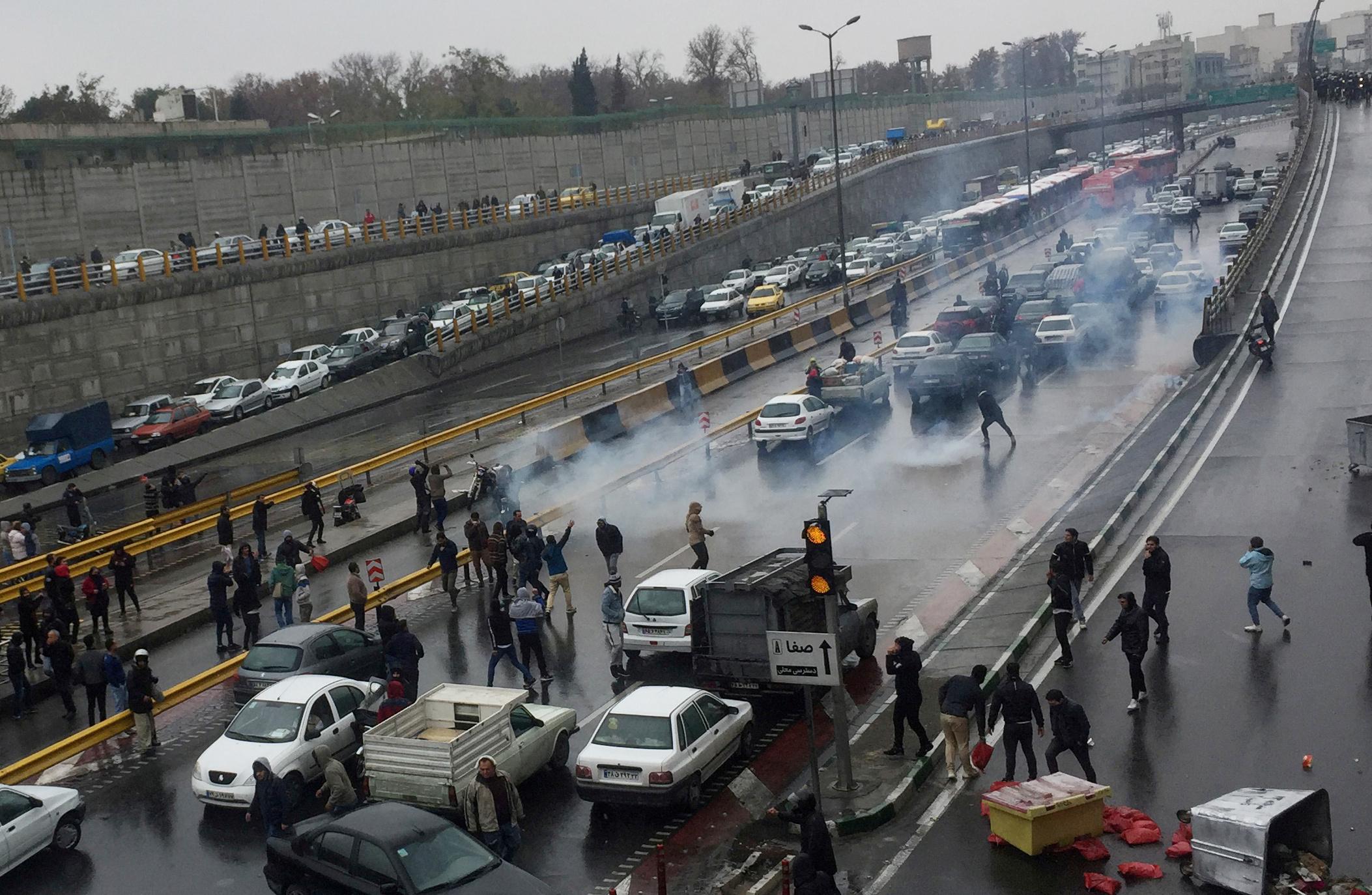 As the Feb. 21 vote nears, Iranians are in a gloomy mood, exhausted by a succession of crises that have helped to shred the hopes for a better life they harbored only four years ago.

That does not bode well for leaders seeking a big turnout at the ballot box: In their view, crowded polling stations would signal to arch-foe Washington that Iran is unbowed by sanctions and the killing of a prominent general in a U.S. strike.

Allies of Supreme Leader Ayatollah Ali Khamenei have ensured hardliners dominate the field — meaning that, whatever the turnout, security hawks seeking a more confrontational approach with Washington may tighten their control of the legislature.

But a meager showing would still rattle Iran’s leaders and embolden critics both in the country and outside who argue the Islamic Republic needs to change domestic and foreign policy.

“I’m a person who has voted before. My hope was that things would get a little better when I voted in the past. Now, all the red lines have been crossed,” said a doctor in Tehran whose clinic is struggling to source specialized medicine.

“This time, I have no hope and I will definitely not vote,” she said by phone, asking not to be identified discussing political matters.

Four years ago, things looked very different. Rouhani and his allies won big gains in parliamentary elections, and many hoped a nuclear deal agreed with world powers in 2015 would pull Iran out of political isolation and boost the economy.

“WE HAVEN’T SEEN ANY PROGRESS”

Those aspirations crumbled after President Donald Trump quit the pact in 2018 and reimposed sanctions in an effort to put stricter limits on Iran’s nuclear work, curb its ballistic missile program and end its involvement in regional proxy wars.

“The main root of everything is the economy,” Ali, a mobile phone shop employee in the central city of Isfahan, said by telephone, asking not to reveal his surname.

“If an individual doesn’t have the money to take home bread to his wife and family then he’ll stop praying and even lose his beliefs,” said Ali, who works more hours since his boss kept the store open in traditional afternoon resting periods in the hope customers could wander in. Ali does not plan to vote next week.

“I voted for several years and it didn’t make any difference. We haven’t seen any progress to say we want this or that candidate to come forward,” he said.

The authorities have been under pressure since last year when protests over a fuel price hike were met with the bloodiest crackdown since the 1979 Islamic revolution, killing hundreds.

A U.S. drone strike that felled top commander Qassem Soleimani in January in Iraq rallied Iranians around a common cause. But the show of support was quickly replaced by angry protests over efforts to cover up the accidental shooting down of a Ukrainian airliner that killed all 176 aboard.

The elite Revolutionary Guards apologized for the calamity, but that did not appease thousands protesting in several cities.

“This year, things are going from bad to worse,” said a Tehran resident and homemaker, who does not plan to vote and also asked not to be named.

“After the plane crash, the government has lost a lot of their supporters,” said the resident, who added that the establishment needed the election to show the world “how many supporters they have” after the string of crises.

Even before the latest troubles, sanctions that cut Iran’s crude oil exports by more than 80 percent were placing a painful squeeze on living standards.

The rial has slumped, trading on the free market at about 140,000 against the dollar against its official rate of 42,000, according to foreign exchange website Bonbast.com

The currency plunge has disrupted Iran’s foreign trade and boosted inflation, which the IMF expects at 31% this year.

In the eastern city of Birjand, Hamed said he has no time for elections as he frets about his business filming and photographing weddings, with only one in 10 customers asking for albums after the cost of photo paper rose six-fold since 2018.

“We’re focused on prices and having to call customers and asking them to pay,” Hamed told Reuters by phone, also declining to give his surname due to sensitivities. “We have nothing to do with politicians and politics.”

Analysts expect a lower turnout than the 62% in the 2016 parliamentary elections, with smaller, more conservative cities where families pressure kin to vote seeing a larger showing.

But Khamenei, Iran’s highest authority, has tried to drum up nationalistic sentiment to secure a strong turnout. 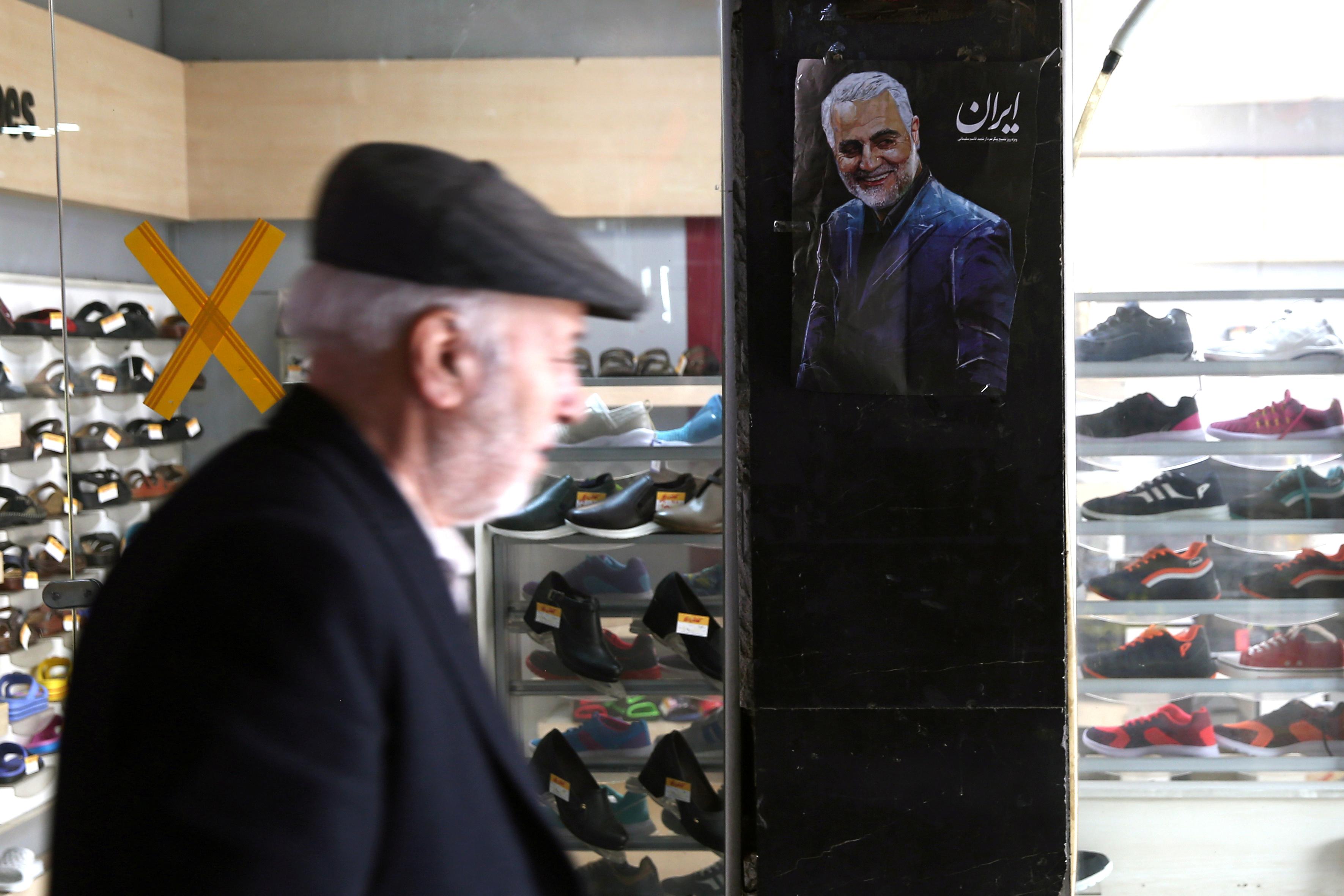 “It’s possible that someone doesn’t like me but if they like Iran they must come to the ballot box,” he said in a speech.

“A better election can also be another #hard_revenge,” a Twitter user named Teiaaraa posted two weeks ago, referring to a phrase used by state media for the Iranian strikes on Iraq bases that left over 100 U.S. soldiers with traumatic brain injuries.