Face to face multi-lateral diplomacy is back. The band is getting back together, but the world has changed since the G7 last met.

Our species and our planet face grave threats and the West’s autocratic rivals have prospered and grown more powerful.

There is a huge amount at stake for those who want the world led by open, democratic, free societies. 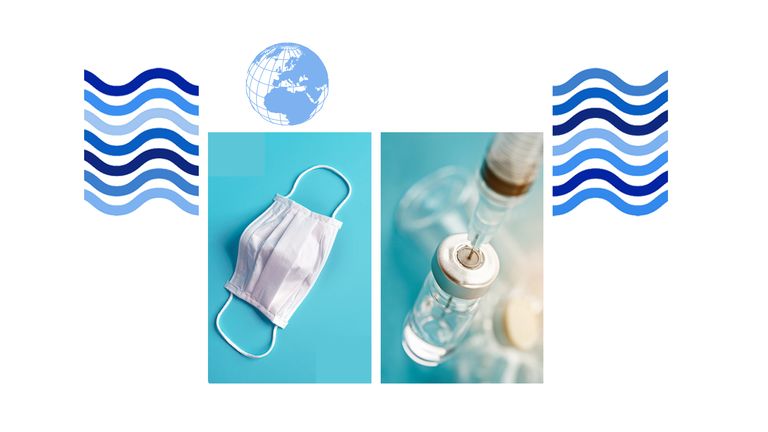 Coronavirus is the biggest challenge for the G7‘s first face-to-face summit since the pandemic broke out. Until the entire world is vaccinated, we all remain at risk of a new variant sending us back to square one.

Former British ambassador to the US who knows Joe Biden well, Sir Peter Westmacott, told Sky News the president and his allies know this is their number one priority.

And if the West fails to lead in vaccinating the world, its claim to global moral leadership could be fatally undermined. 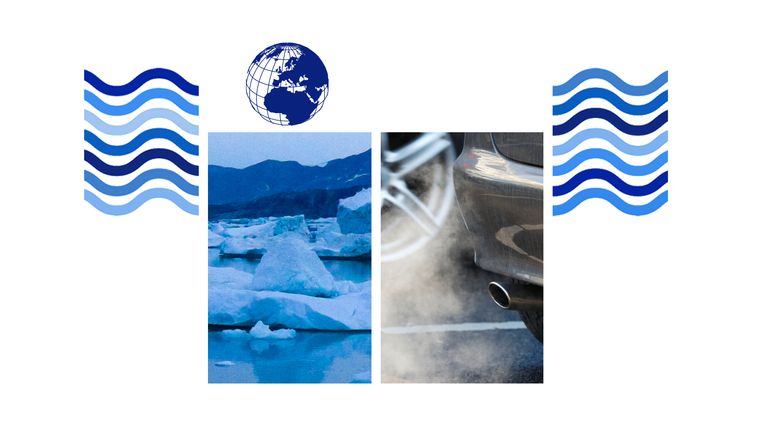 Prime Minister Boris Johnson says the world must apply the lessons learnt in the battle against COVID to tackling the second biggest challenge – climate change.

On the eve of the summit, America’s new president wrote that the US is “back in the chair on the issue of climate change” and “we have an opportunity to deliver ambitious progress that curbs the climate crisis”. 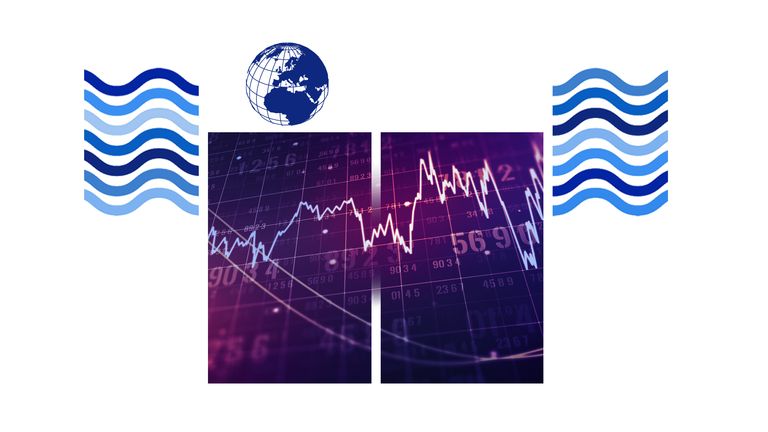 The G7 needs to resuscitate a global economy weakened by the pandemic.

But even before the virus, millions were so disenchanted with the way things are run economically that they voted for populists like Donald Trump.

The G7 must convince them that the economic integration, globalisation and multilateral institutions that the West has worked so hard to build up are worth their mettle. Otherwise the populists will be back, maybe even Trump himself.

Sir Kim Darroch was British ambassador to the US.

He told Sky News that allies will remain nervous about that for some time to come, saying: “More people voted for Donald Trump [in 2020] than they did in 2016. So there is a way to go for them to be convinced that the American cause has been reset in a stable and consistent way for the foreseeable future.” 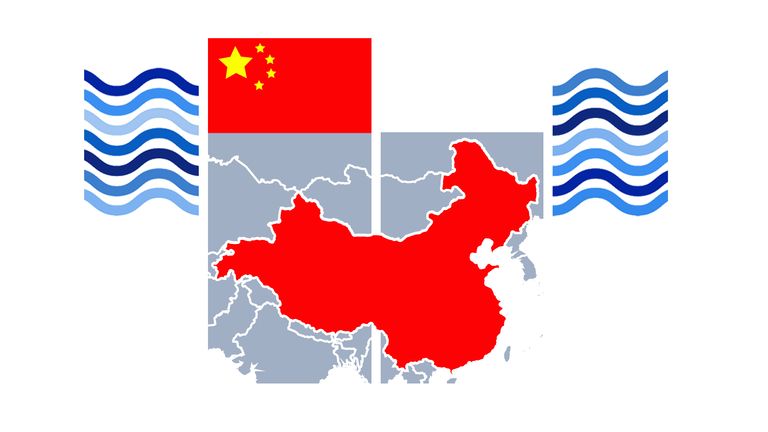 China is a thorny issue the G7 knows it must handle carefully.

Its trampling of human rights in Hong Kong cannot be ignored. Likewise its treatment of the Uighurs in Xinjiang – genocidal, or near enough. And its bellicose statements about Taiwan.

If the G7 is serious about what it calls values-based diplomacy, it cannot turn a blind eye to any of these. But it can’t afford to alienate China either. It will be a tricky balancing act.

Former NATO secretary-general Anders Fogh Rasmussen told Sky News the G7 needs to be robust when it comes to the way China is behaving.

“An attack is not necessarily by tanks or aeroplanes,” he said. “On the contrary, you can use economic coercion as part of your aggressiveness. And that’s exactly what China is exercising.”

Mr Rasmussen suggests the free world applies an “all for one, one for all” approach to China’s economic bullying. That way Beijing might think twice about using its size and power to coerce smaller nations economically. 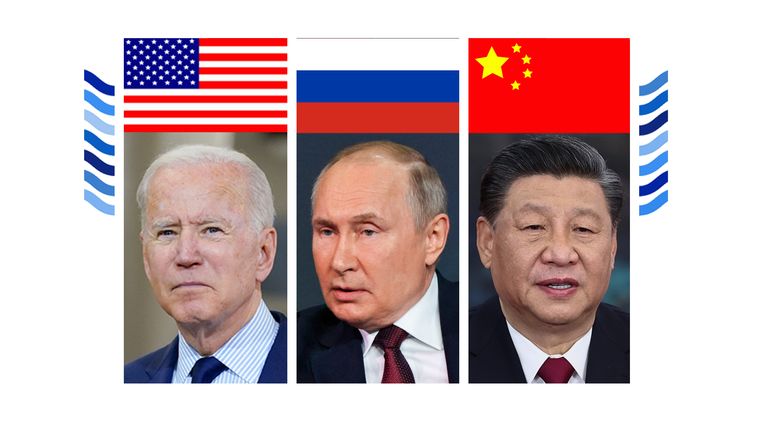 For some there’s nothing less at stake at this summit than who is going to run the world in the years ahead. Democracies or autocracies?

Anders Fogh Rasmussen warned the main challenge in the coming years will be the fight between autocracy and democracy, autocracy primarily represented by China and Russia, and to counter the advancing autocracies there’s the need to rally around basic democratic principles.

If that sounds a bit abstract, don’t underestimate how much that contest could effect us all. “It’s an existential question, it’s a question about who will set the global norms and standards in the future,” he argues.

Fortunately for the West, if it can get the individual challenges right, it has a better chance of winning the bigger battle, seeing off the threat from autocracies.

An alliance of democracies that can lead on COVID, lead on climate change and lead a global economic recovery will be a more appealing alternative to autocratic regimes in Moscow and Beijing – and more likely to reclaim its preeminent position. Failure will only strengthen Russia and China. 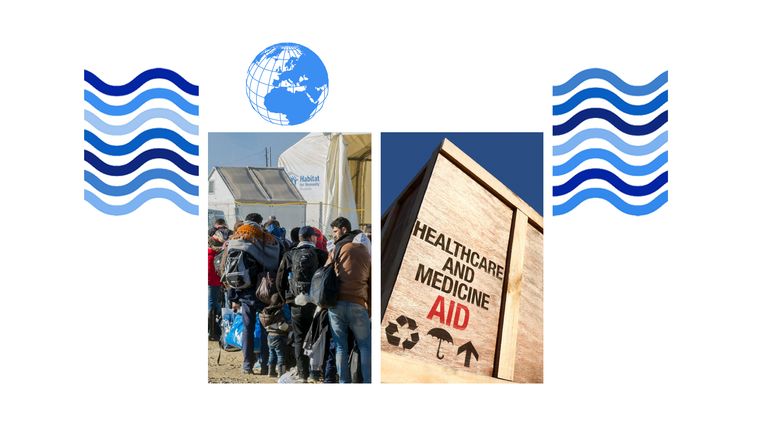 What happens in Cornwall will have an impact on all our lives.

The good news is this G7 is better placed than many before to achieve unity and success. Recent summits have been marred by Donald Trump’s impatience with the whole idea of western multilateral democracy.

Before that, the inclusion of Russia as part of the G8 group led inevitably to watered down compromise resolutions.

This G7 includes a reenergised America deeply committed to its principles, and the state of the world gives an urgency and potential for focus we have not seen in a long time.