WASHINGTON (Reuters) – Leaders in Europe, the Middle East and the Americas rolled out bans on big gatherings and stricter travel restrictions as cases of the new coronavirus spread around the world.

The United States on Saturday reported its first death from the disease, a man in his 50s in Washington state, where officials said two of the state’s three cases have links to a nursing home with dozens of residents showing disease symptoms.

Although most Americans face a low risk from the virus, more U.S. deaths could be imminent following the nation’s first, CNN quoted Vice President Mike Pence as saying.

“We know there will be more cases,” Pence told CNN’s Jake Tapper in a clip released on Saturday, echoing President Donald Trump’s earlier comments that additional cases in America were “likely.”

Travelers from Italy and South Korea would face additional screening, Trump and top officials told a White House news briefing, warning Americans against traveling to coronavirus-affected regions in both countries.

Pence said an entry ban on travelers from Iran would be expanded to include any foreign nationals who have visited Iran in the last 14 days.

The United States may also restrict travel on its southern border with Mexico, officials said. However, they encouraged Americans to travel around the country, including states that have recorded some of its more than 60 cases.

The outbreak is disrupting flight demand and many airlines have suspended or modified services in response. After Saturday’s press conference, the White House held a call with airlines to discuss new travel restrictions.

American Airlines Inc said late on Saturday it was suspending all U.S. flights to Milan.

Ecuador on Saturday reported its first case, in a woman who had traveled from Madrid, while Mexico reported four cases, all in people who had visited Italy.

As governments worldwide stepped up efforts to halt the spread of the virus, France announced a temporary ban on public gatherings with more than 5,000 people in confined spaces. It reported 16 new cases for a total of 73, and canceled a half-marathon of 40,000 runners scheduled for Sunday.

Switzerland said it is banning events expected to draw more than 1,000 people.

More than 700 tourists remain quarantined at a hotel in the Canary Islands, after several Italian guests there tested positive for coronavirus.

Schools and universities in Italy, which is experiencing Europe’s worst outbreak of the disease, will stay closed for a second consecutive week in three northern regions. The country has reported more than 1,100 cases and 29 deaths. 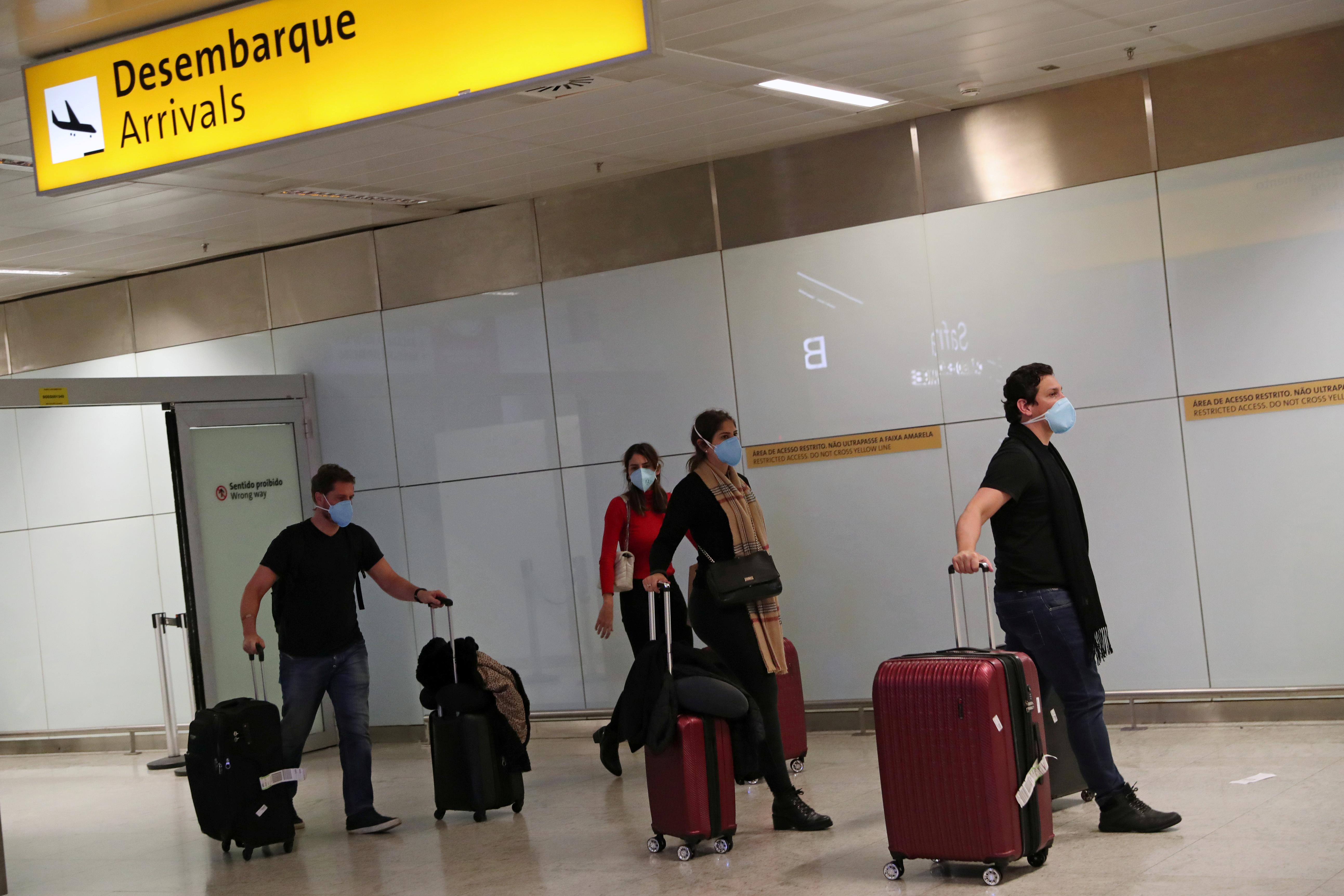 Analysts have warned that the outbreak looks set to shunt Italy’s fragile economy into its fourth recession in 12 years, with many businesses in the wealthy north close to a standstill and hotels reporting a wave of cancellations.

Iraq reported five new cases of the disease, bringing its total to 13, and Qatar reported its first Saturday, leaving Saudi Arabia as the only Gulf state not to have signaled any coronavirus cases.

The majority of infections in other Gulf countries have been linked to visits to Iran or involve people who have come into contact with people who had been there.

Armenia reported its first infection on Sunday, in a citizen returning from neighboring Iran.

Tehran has ordered schools shut until Tuesday and extended the closure of universities and a ban on concerts and sports events for a week. Authorities have also banned visits to hospitals and nursing homes as the country’s case load hit nearly 600.

One Iranian lawmaker, elected in Feb. 21 polls, has died from the disease along with more than 40 other Iranians, and several high-ranking officials have tested positive for the virus.

Azerbaijan said on Saturday it had closed its border with Iran for two weeks to prevent the spread of coronavirus. Two Azerbaijanis who traveled to Iran have tested positive for the disease and quarantined. 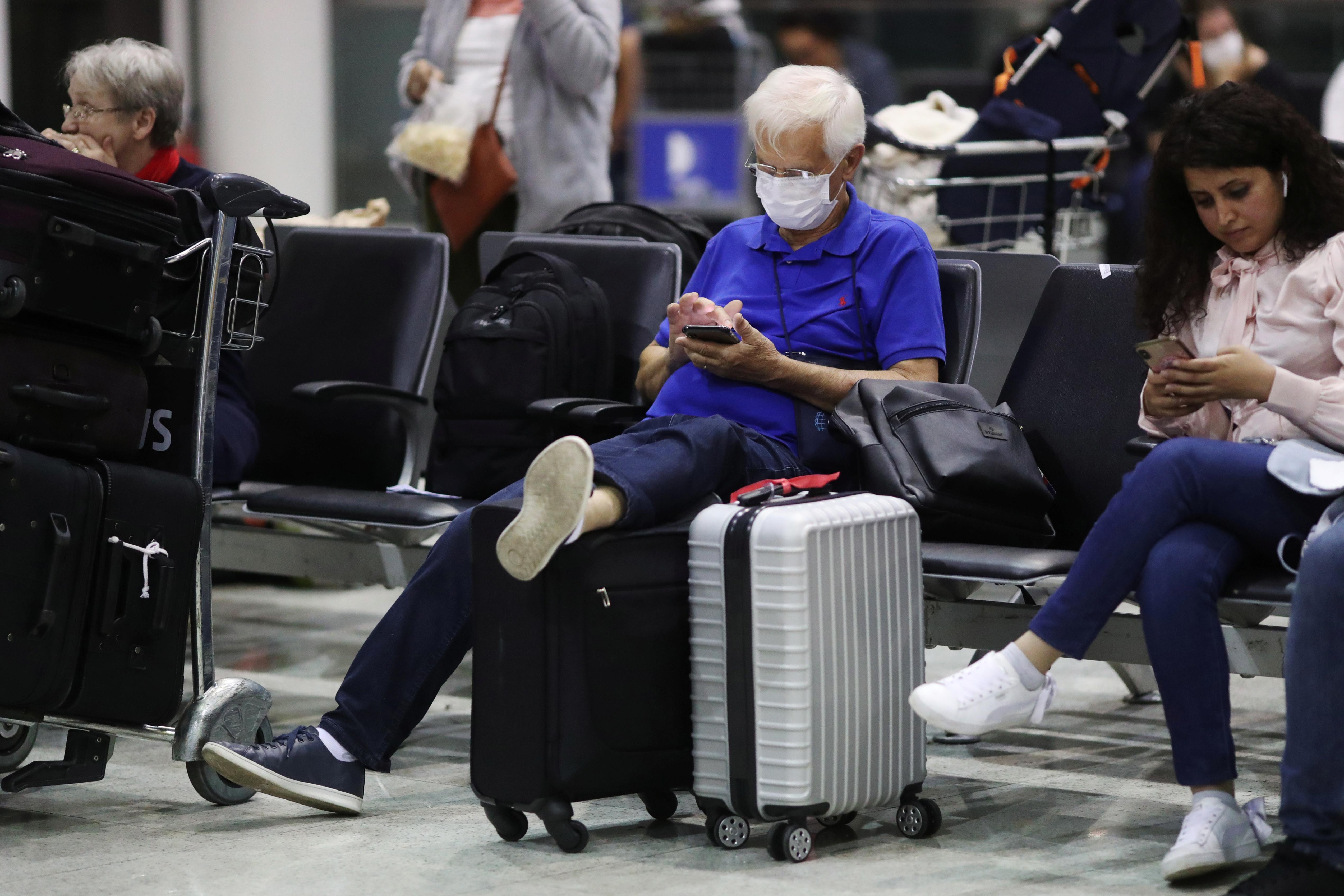 The epidemic, which began in China, has killed almost 3,000 people worldwide, the ministry said.

Thailand reported its first death from the virus on Sunday, while in Australia, a former passenger on the Diamond Princess cruise ship quarantined off Japan died in the western city of Perth.

Churches closed in South Korea as many held online services instead, with authorities looking to rein in public gatherings, as 376 new infections took the tally to 3,526 cases.