At least 69 people have been killed and dozens are missing after catastrophic flooding across Germany and Belgium, which has left several villages cut off and sparked fears that a dam could burst.

Officials have warned that communities in both countries “are still in danger” following Thursday’s catastrophe, with German Chancellor Angela Merkel expecting “many” more deaths.

Local media say the total number killed in Germany alone has already risen beyond 80, though the official counts currently stand at 58 there and 11 in Belgium.

“I grieve for those who have lost their lives in this disaster,” said Ms Merkel, during a visit to Washington.

“We still don’t know the number, but it will be many.” 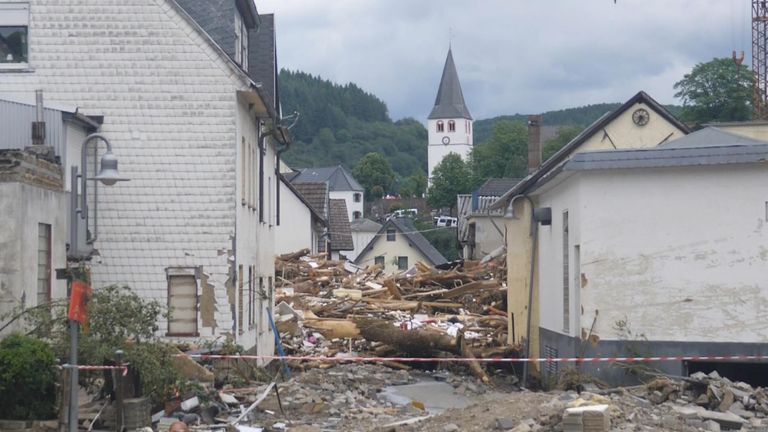 The full extent of the damage in the regions affected remains unclear as many remote villages remain cut off by flood water and landslides that have made roads impassable.

So far, at least 30 people are confirmed dead in Germany’s North Rhine-Westphalia state, and another 28 in Rhineland-Palatinate state to the south.

Four people died in separate incidents after basements were flooded in Cologne, Kamen and Wuppertal, where authorities warned that a dam could burst.

Authorities in the Rhine-Sieg county south of Cologne ordered the evacuation of several villages below the Steinbach reservoir amid fears the dam there could break.

“We have never seen such a disaster. It’s really devastating.”