The German export balance, like several others throughout the European Union, has been decimated by the continued coronavirus crisis over the past year. When compared to 2019, goods exports fell by a huge 9.3 percent to 1,204.7 billion euros, the Federal Statistical Office announced. That is the sharpest decline since the financial crisis in 2009, when exports had plummeted by a massive 18.4 percent.

In 2020, the import market suffered badly, with the number of goods coming into Germany falling by 7.1 percent to 1,025.6 billion euros compared to a year earlier.

The sudden fall in exports has been attributed to the beginning of the coronavirus pandemic, which blew an immediate gaping hole in the EU’s largest economy.

Exports began to rally and increased for eight successive months, but it was still not nearly enough to offset the massive slump. 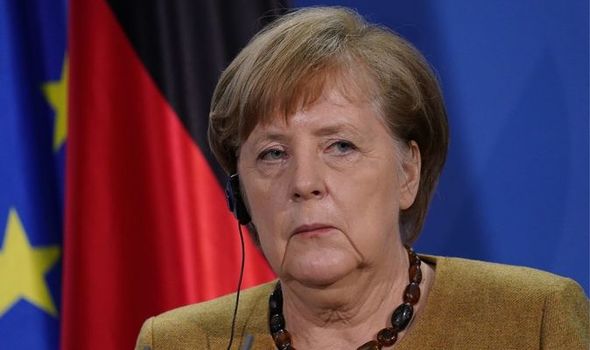 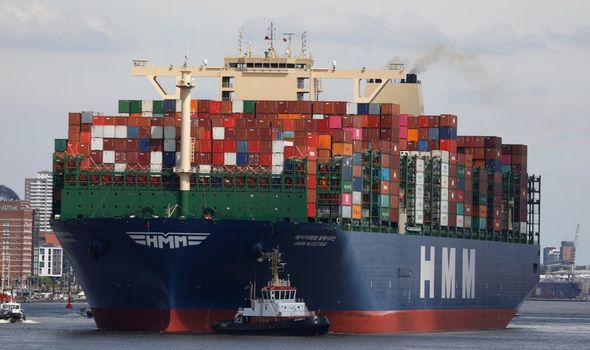 Germany had finished 2020 on a positive note: in December, exports rose slightly by 0.1 percent when compared to the previous month.

This year also started on a similarly bright note, with the mood among German exporters increasing significantly.

The Ifo export expectations of the industry rose from 1.9 points to 6.0 points – the best value since October. 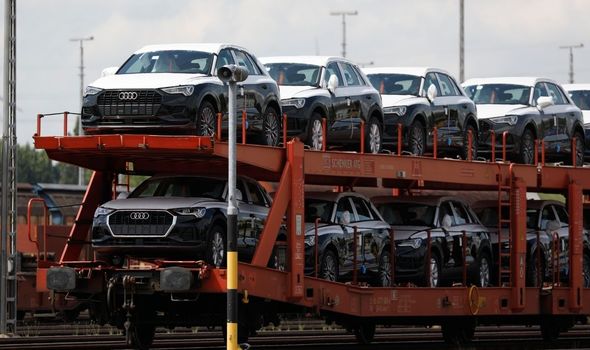 German Chancellor Angela Merkel will also be boosted by predictions from several experts, who believe the expected recovery of the global economy from recession in 2020 cold play into the hands of German exports.

For example, with Germany’s biggest trading partner China, there is expected economic growth of 8.5 percent this year.

The foreign trade association BGA is also expecting growth, with predictions the pre-crisis level should be achieved again by summer 2022 at the latest.

But Sebastian Dullien, director of the IMK Institute for Macroeconomics and Business Cycle Research, urged caution, particularly following Brexit and the UK’s full departure from the European Union. 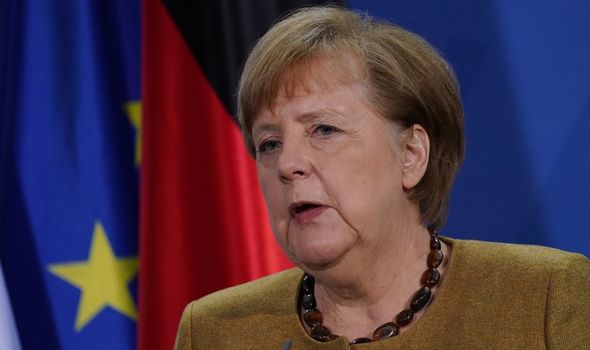 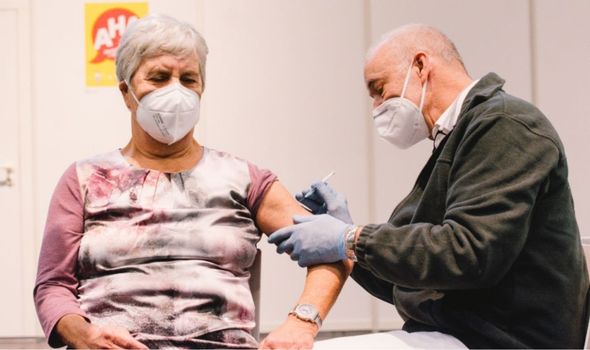 He said: “In addition to the ongoing consequences of the corona crisis, two special factors play a role: Brexit and delivery bottlenecks for semiconductors.

“In trade with the United Kingdom, another noticeable decline is expected for the first few months of 2021.

“The supply bottlenecks for the chips are currently hindering car production and thus dampening exports.”

Germany is expected to spend nearly 9 billion euros this year to buy around 635 million coronavirus vaccines as part of the European Union’s procurement scheme and national deals, a finance ministry document seen by Reuters revealed.

According to the document, Finance Minister Olaf Scholz’s deputy Bettina Hagedorn proposed to ministers in a letter they give the go-ahead to a request Health Minister Jens Spahn for an additional 6.22 billion euros to buy more vaccines.