WASHINGTON/LONDON (Reuters) – The world’s richest nations prepared more costly measures on Tuesday to combat the global fallout of the coronavirus that has infected tens of thousands of people, triggered social restrictions unseen since World War Two and sent economies spinning toward recession.

With the highly contagious respiratory disease that originated in China racing across the world to infect more than 196,000 people so far, governments on every continent have implemented draconian containment measures from halting travel to stopping sporting events and religious gatherings.

While the main aim is to avoid deaths – currently at over 7,800 – global powers were also focusing on how to limit the inevitably devastating economic impact.

In the world’s biggest economy, U.S. President Donald Trump’s administration has proposed pumping $1 trillion into the market. Trump wants to send cash to Americans within two weeks as the country’s death toll approached 100 and more testing sent the number of coronavirus cases to over 5,700.

Airlines are among the worst-hit sector, with U.S. carriers seeking at least $50 billion in grants and loans to stay afloat as passenger numbers evaporate.

Budget forecasters said the scale of borrowing needed might resemble the vast amount of debt taken on during the 1939-1945 war against Nazi Germany.

“Now is not a time to be squeamish about public sector debt,” Robert Chote, head of the Office for Budget Responsibility, which provides independent analysis of the UK’s public finances, told lawmakers.

Underlining how the crisis has shaken even the most august of institutions, Britain’s Church of England suspended services while 93-year-old Queen Elizabeth was to move from Buckingham Place to Windsor Castle outside London, where she and her sister, Margaret, were sent for safety during the blitz of London in World War Two.

France is to pump 45 billion euros ($50 billion) of crisis measures into its economy to help companies and workers, with output expected to contract 1% this year.

“I have always defended financial rigor in peacetime so that France does not have to skimp on its budget in times of war,” Budget Minister Gerald Darmanin was quoted as saying by financial daily Les Echos.

The European Union eased its rules to allow companies to receive state grants up to 500,000 euros ($551,000) or guarantees on bank loans to ensure liquidity.

But even with the promised cash splurges, world stock markets and oil prices were unable to shake off their coronavirus nightmare after Wall Street on Monday saw its worst rout since the Black Monday crash of 1987.

The Philippines was the first country to close markets, while Europe – now the epicenter of the pandemic – saw airline and travel stocks plunge another 7%.

With various central banks around the world having cut interest rates to try and help beleaguered economies, investors fret that the banks may have used up their policy ammunition early with far longer to go before the global health crisis is curbed. 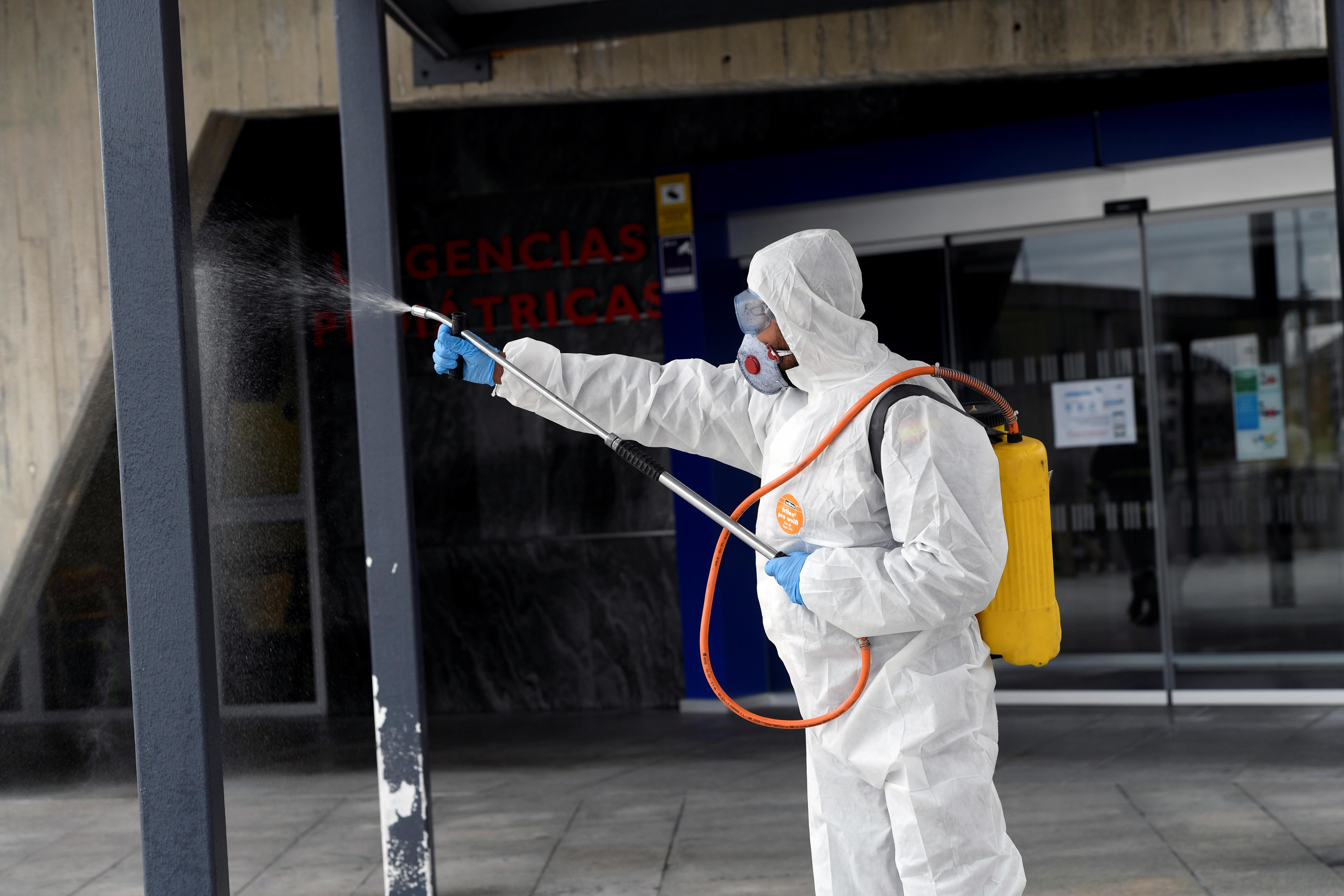 A global recession beckons, with parallels to the 2008 financial crisis, economists say, though many predict a quick bounce-back once the outbreak clears.

Sports events continued to fall by the wayside.

Soccer’s Euro 2020 championship and South America’s Copa America both were put back to 2021.

Pakistan suspended its cricket Super League after an overseas player developed symptoms of coronavirus, the Kentucky Derby horse race was postponed from May until September, and there was continued speculation over the fate of the Olympics in Japan.

Around the world, bad news was relentless.

Brazil recorded its first coronavirus death while Peru put its military on the streets. 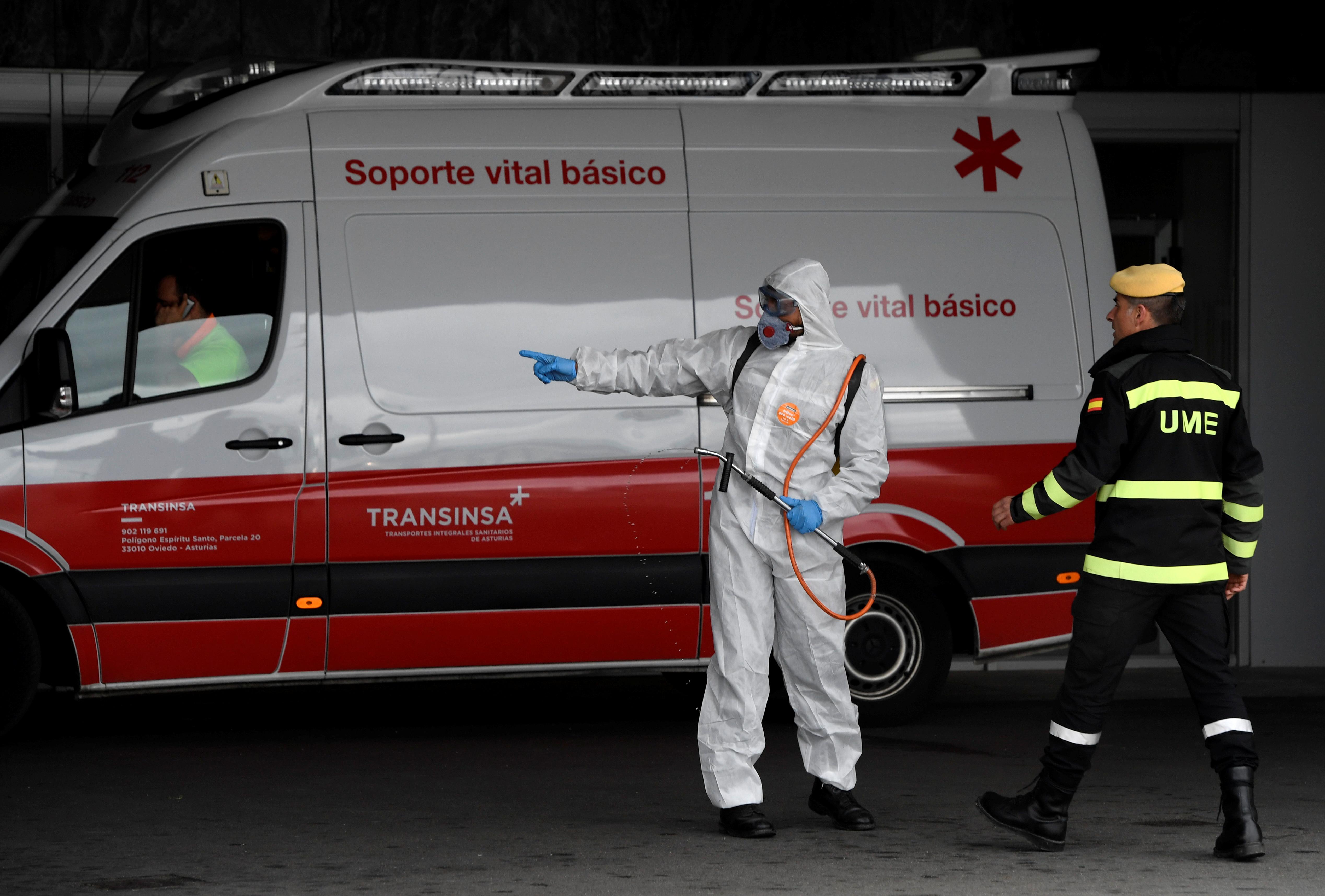 Daily life was turned upside down for millions worldwide.

“Everything has ground to a halt,” said Tiziana Marra, a wedding planner in Italy, Europe’s worst-hit nation, where the epidemic has created havoc for nuptials.

“It is as if people are preparing for war,” said an astonished shopkeeper in Rwanda, as panicked consumers clamored to stock up on rice, cooking oil, sugar and flour. “Prices have gone up – but still they buy.”