An image from FLIGHTRADAR revealed one airline pilot took off from Athens Eleftherios Venizelos Airport before flying around the Peloponnese Region of Greece to map the numbers 200. The pilot who works for the Greek carrier Aegean Airlines took in the cities of Argos and Patras in a remarkable show of patriotism since the European nation started its path to independence away from the Ottoman Empire in 1821.

Greece was under Ottoman rule for nearly 400 years since the Ottoman Turks invaded what was then Constantinople, capital of the Byzantine empire, in 1453.

Scattered uprisings in 1821 escalated into a full-scale war which – helped by the intervention of Britain, France and Russia – finally resulted in the establishment of an independent kingdom of Greece in 1832.

The Aegean Airlines flight also flew to Achaea at around 20,000 feet over parts of the country where the revolution began in Kalavryta, Corinth, Ancient Olympia and Dervenakia.

The Peloponnese Region is where the Greek War of Independence against the Ottoman Empire began in 1821. 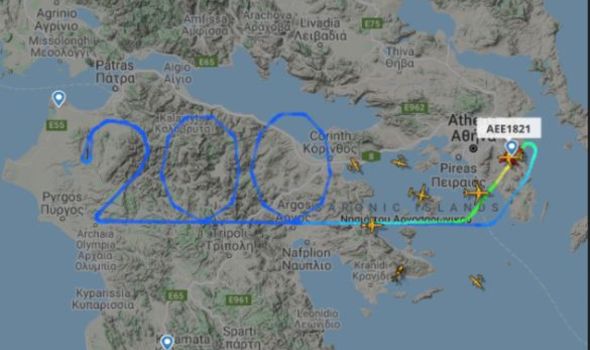 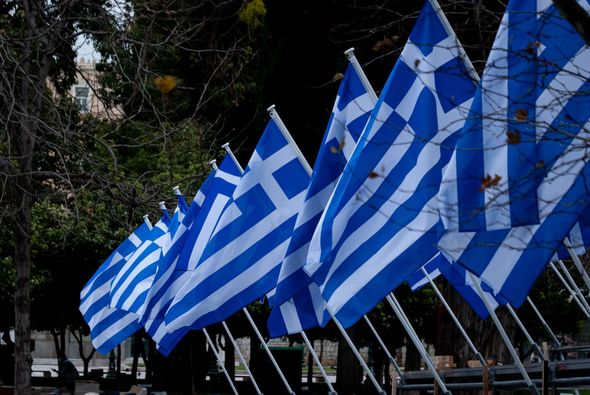 Conservative ministers are preparing to defy the coronavirus with bicentennial celebrations tomorrow on March 25, hoping it will mark a turning point after a very difficult decade economically.

The EU state emerged from the biggest bailout in economic history in 2018 after years of painful austerity that drove it deep into poverty.

One in two young Greeks were unemployed and more than half a million people left the country to find work abroad.

No sooner had the economy started to recover, than the coronavirus pandemic hit and Greece slipped back into recession. 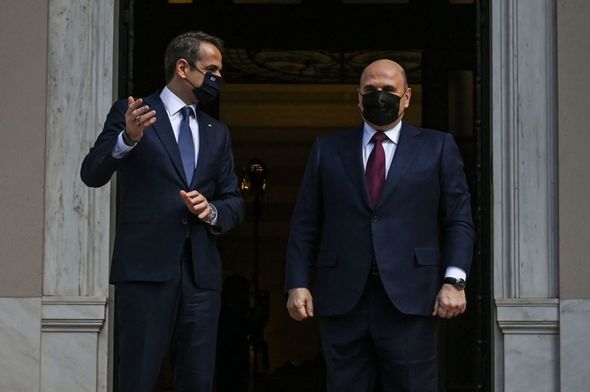 Prime Minister Kyriakos Mitsotakis said: “Especially for young people, I believe such symbolic dates can really mark a break from the past.

“The challenge immediately after the pandemic is not just to take a few steps of improvement but many brave leaps of progress.”

Gianna Angelopoulos-Daskalaki, a former parliamentarian leading the 2021 organizing committee for independence day celebrations, said: “The importance of this milestone year, this milestone anniversary, is that we have a message; it speaks about the rebirth of the country.

“After 10 years of crisis, Greece is still standing.” 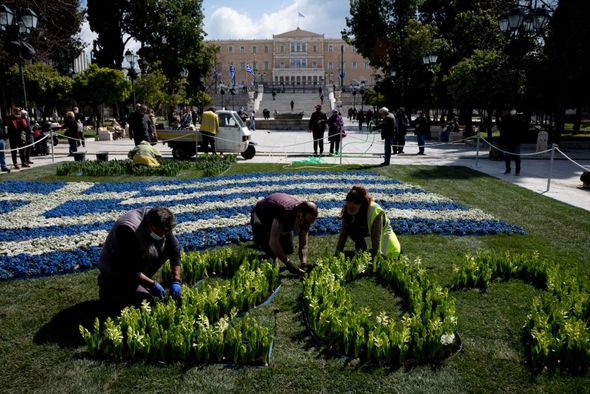 As part of the celebrations, the country’s National Mint issued commemorative coins of modern Greece’s first currencies, the Phoenix and the Drachma.

Meanwhile, in Agia Lavra, one of Greece’s oldest monasteries, actors wearing the kilt-like dress of Greek revolutionaries last week re-enacted the taking of the legendary oath of “Freedom or Death!” – the slogan of revolt against Ottoman rule.

Prince Charles and Russian Prime Minister Mikhail Mishustin are expected to attend the independence day celebrations and French and US fighter jets will take part.

France, which will be represented at the parade by its defence minister, has also donated a magnificent tapestry depicting Renaissance painter Raphael’s “The School of Athens” of ancient Greece’s great thinkers.