ATHENS (Reuters) – Greece tightened border controls on Friday, sending security forces to hold back migrants heading for the country by land and sea after Turkey warned that it would no longer prevent refugees from leaving. 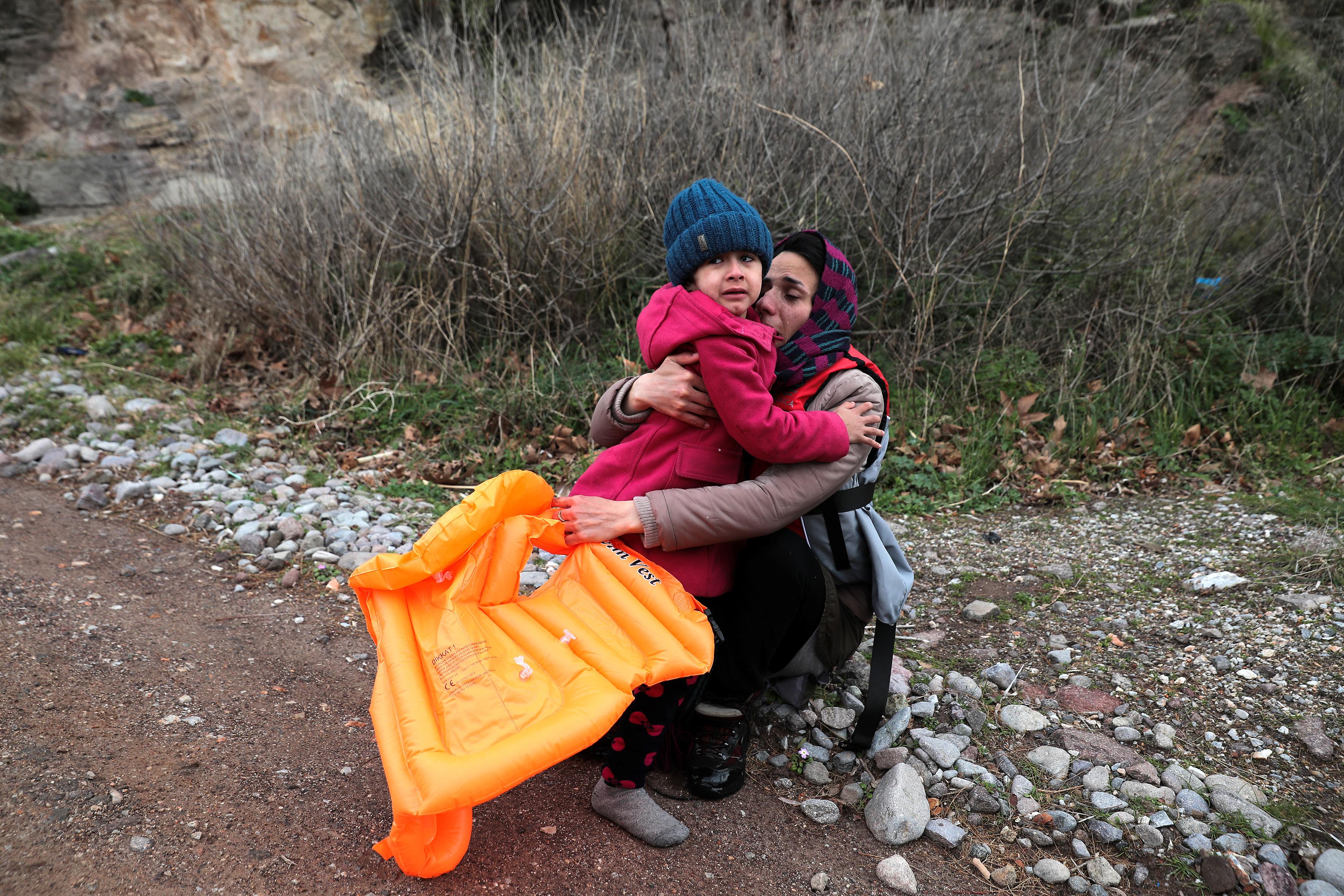 Greece was the main gateway for hundreds of thousands of refugees, many fleeing fighting in Syria, who streamed out of neighboring Turkey in 2015 and 2016 until a deal with the EU stemmed the flow.

Greece sent more police to its northern border and increased maritime patrols around its islands on Friday, after Turkey said it would let out thousands of refugees stuck in the country by the 2016 deal.

A senior Turkish official said Turkey would no longer stop Syrian refugees from reaching Europe, in a response by Ankara to the killing of 33 Turkish soldiers in an air strike in Syria.

At one land crossing, police buses were seen denying access to dozens of people, including families with children, who had gathered in no man’s land between Pazarkule in Turkey and Kastanies in northeastern Greece.

“They will not enter the country. They are irregular migrants, we won’t let them enter,” a Greek government official told Reuters.

Hundreds had arrived at the Kastanies crossing by the evening. Authorities have shut the customs office, a defense ministry official said.

Earlier on Friday, more than 60 migrants, most of them from Afghanistan, arrived on dinghies at the island of Lesbos, a Reuters witness said. Another boat carrying about 50 people reached the island of Samos, police said.

“I want to be clear: no illegal entries into Greece will be tolerated. We are increasing our border security,” he tweeted.

Greece had already said on Thursday it would tighten border controls to prevent coronavirus reaching its Aegean islands, where thousands of migrants are living in poor conditions.

(This story was refiled to correct typo in paragraph 8)