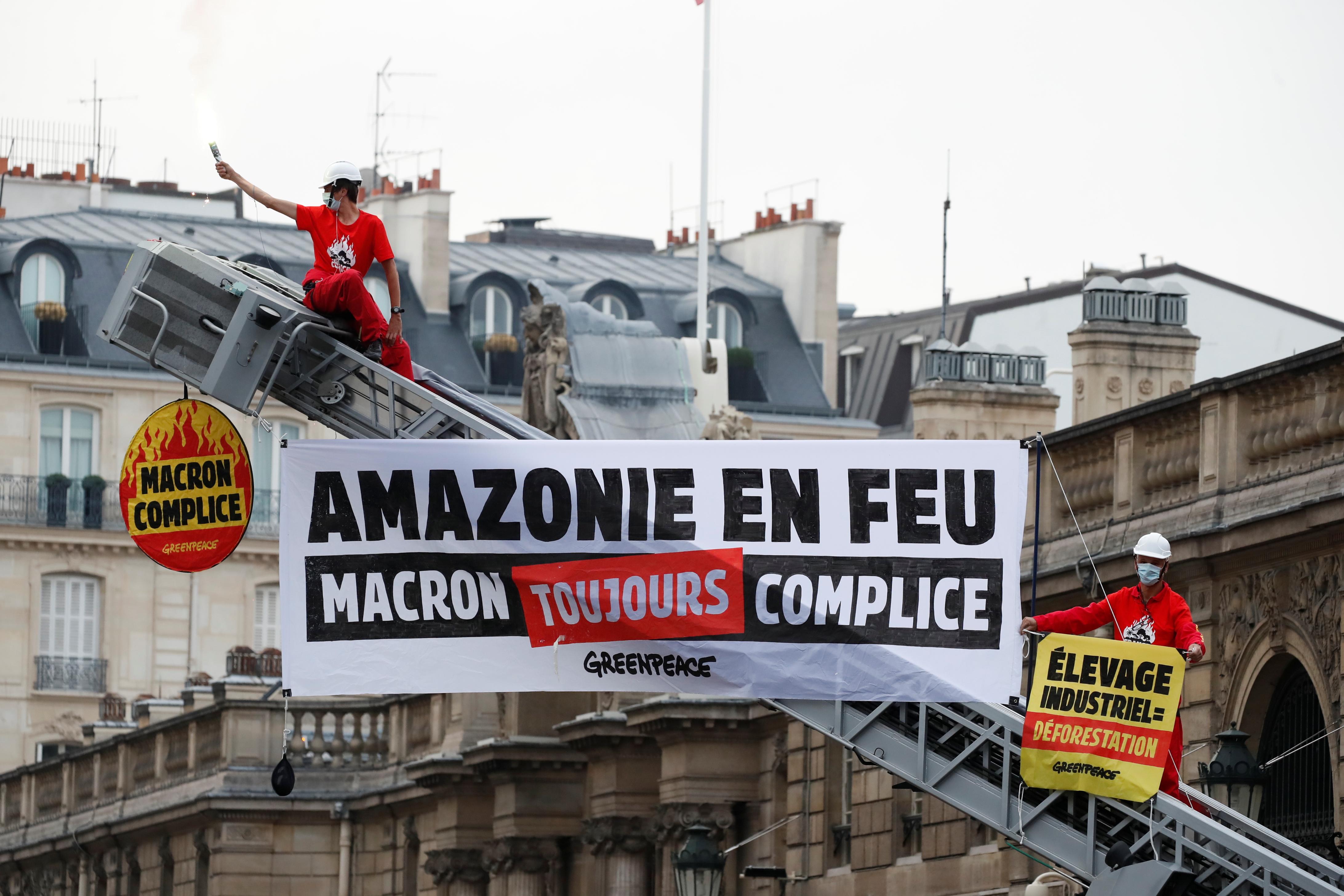 PARIS (Reuters) – Greenpeace activists staged a demonstration outside the French president’s Elysee Palace on Thursday to protest against what they said was the ongoing damage to the Amazon rain forest.

Greenpeace France posted images on their Twitter account of a large banner unfurled on the road outside the Elysee, with messages such as “Amazon Rain Forest On Fire. Macron Still Complicit”, referring to how they felt French President Emmanuel Macron could do more to tackle the issue.

Fires in Brazil’s Amazon rainforest worsened in the first week of September.