HANAU, Germany (Reuters) – A gunman shot nine people dead in two shisha bars in an overnight rampage through a German city before, police believe, returning home and killing himself.

Newspaper Bild said he had expressed extreme right-wing views in a letter of confession he left behind.

A second body was also discovered at the home of the man in Hanau, a city east of the financial hub of Frankfurt where the shootings happened late on Wednesday.

“There are no indications that other suspects were involved. One of the two dead people found is highly likely the perpetrator,” police said in a statement on Thursday, adding that investigations into the identity of gunman and victims were ongoing.

In shisha bars, customers share flavored tobacco from a communal hookah, or water pipe. In Western countries, they are often owned and operated by people from the Arab world or South Asia, where use of the hookah is a centuries-old tradition.

Bild, Germany’s biggest selling daily newspaper, said without citing a source that the man left a video claiming responsibility too.

Police, who could not immediately be reached for comment, raised the initial death toll of eight to nine after one person succumbed to injuries.

Their information suggested the gunman had committed suicide at his home after fleeing in a car, but the motive for the attacks is unclear.

Can-Luca Frisenna, whose father and brother run one of the two bars attacked by the gunman, said he rushed to the scene after he received news of the shooting.

“I heard my father was affected and my little brother, they run the kiosk, I don’t have much to do with it,” said Frisenna. “But then I saw them both – they were horrified and they were crying and everything. So everyone was shocked.” 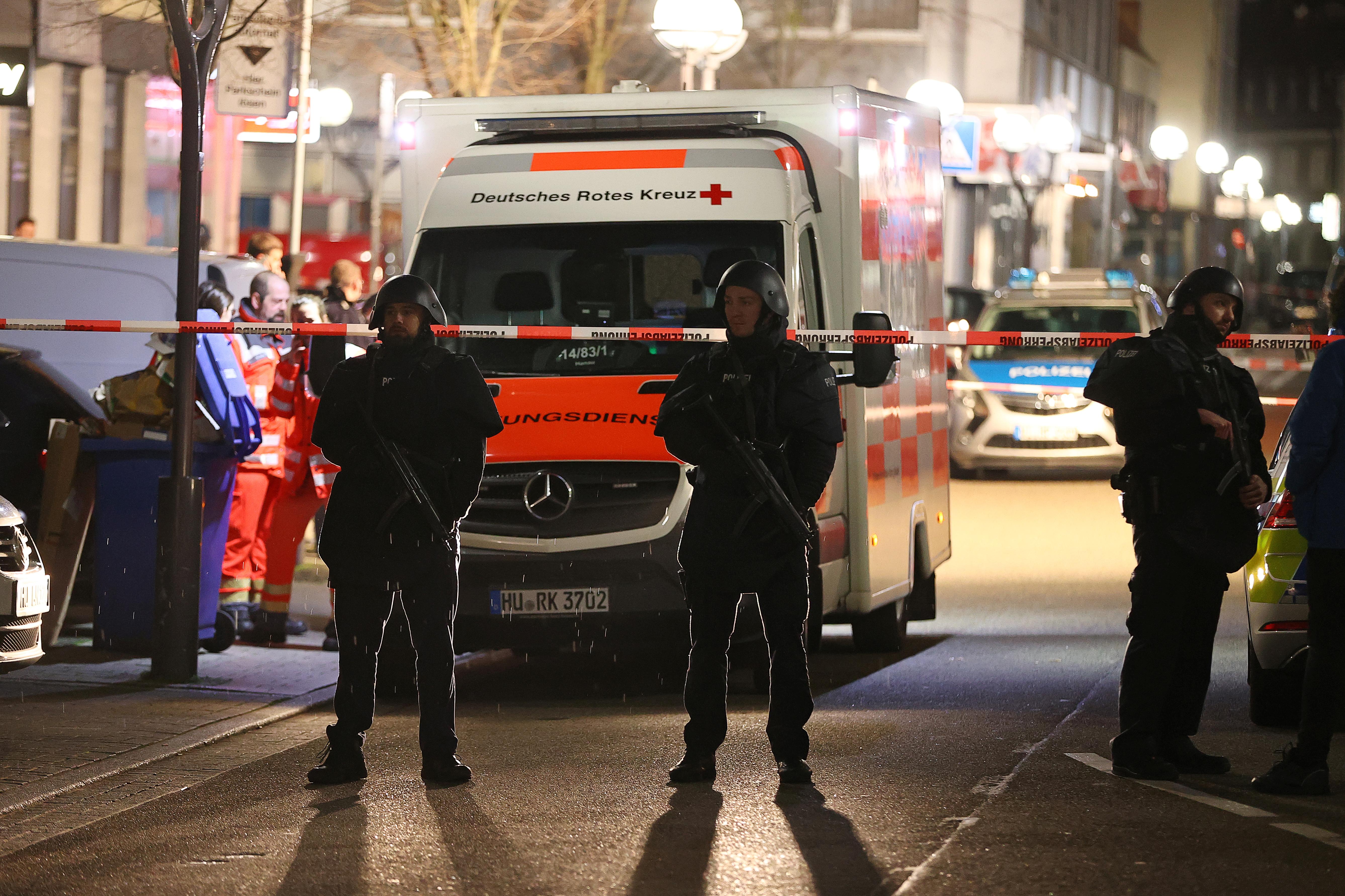 Bild newspaper said the man was a German citizen and that ammunition and gun magazines were found in his car. He had a firearms hunting licence, it added.

Last October, a gunman who denounced Jews opened fire outside a German synagogue on Yom Kippur, the holiest day of the Jewish year, and killed two people as he livestreamed his attack.