MILAN (Reuters) – The governor of the region of Lombardy, at the epicenter of Italy’s coronavirus outbreak, has placed himself in quarantine after one of his staff came down with the disease. 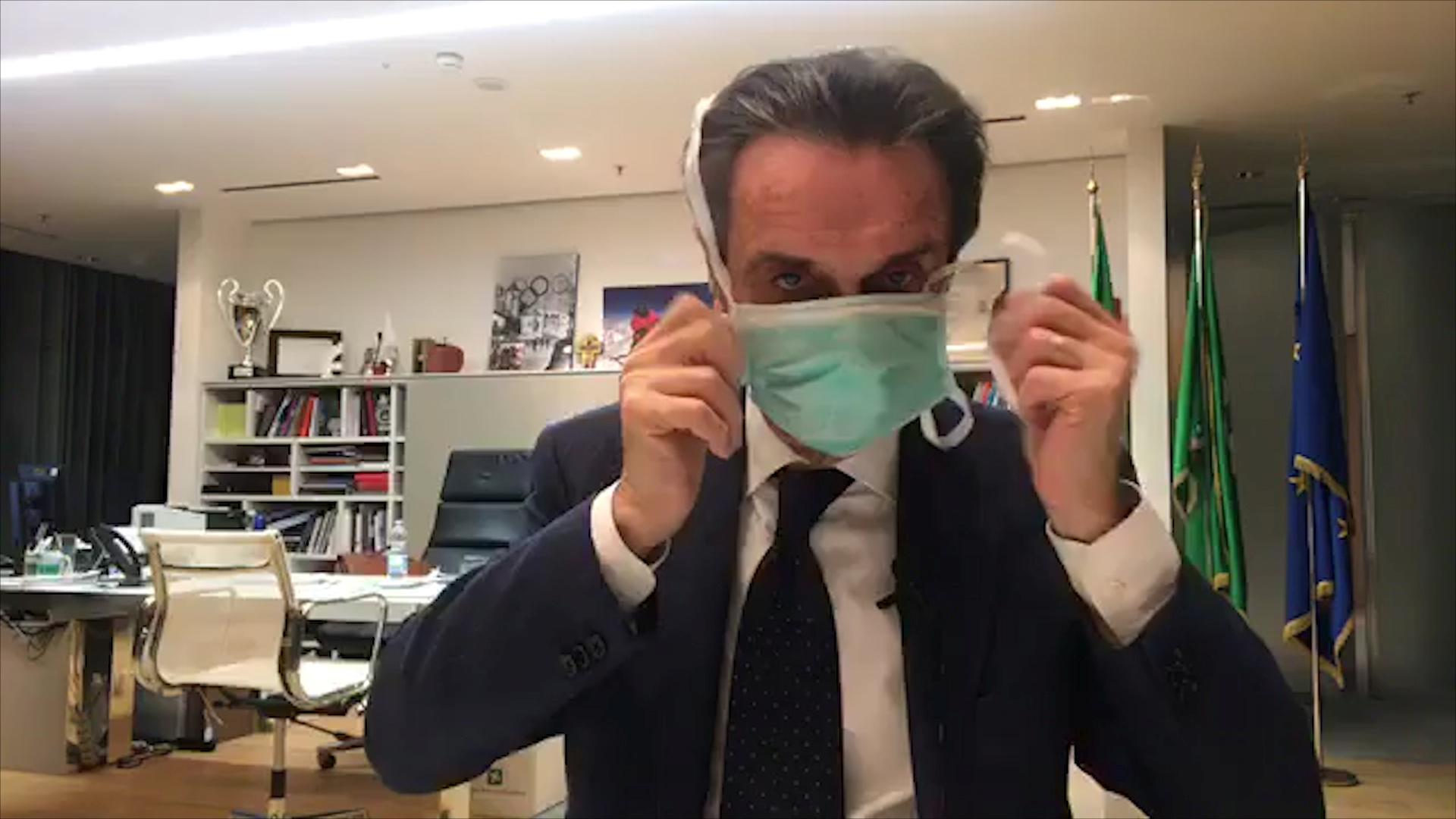 Attilio Fontana, who has held repeated news conferences this past week to explain how his region is dealing with the flare-up, announced the news on Facebook late on Wednesday and videoed himself putting on a surgical face mask.

“For now I don’t have any type of infection so I can continue to work … but for two weeks I will try to live in a sort of self-isolation,” he said on Facebook.

More than 300 people have tested positive over the past week for coronavirus in Lombardy, which is centered on Italy’s financial capital Milan, and 10 people have died in the region.

Across all of Italy, more than 400 people have contracted the disease and 12 have died — the worst contagion so far recorded in Europe.

World Health Organization (WHO) executive committee member Walter Ricciardi has suggested that the numbers in Italy might be exaggerated, saying only 190 cases had been fully confirmed in a two-step verification process. The other samples were still awaiting results.

Ricciardi, who is also a consultant for the government in its fight against the virus, told Corriere della Sera newspaper that Veneto, the second-most impacted region, had decided to test hundreds of people, even if they showed no symptoms.

He said some them were testing positive, even though they were clearly not ill, adding that this was unnecessarily fuelling the alarm. “Whoever gave the order to test even those without symptoms … made a mistake,” he said.

Local authorities said on Wednesday that some 9,462 tests had been carried out in Italy over the past week.

Analysts have warned that the outbreak could shunt Italy’s fragile economy into its fourth recession in 12 years, with many businesses in the wealthy north close to a standstill and hotels reporting a wave of cancellations.

Claudio Marenzi, head of fashion at the industrialist lobby Confindustria, said the textile and clothing sectors were taking a battering, with international buyers pulling their orders out of an irrational fear that the product might be infected.

“There have been a wave (of cancellations) driven by news of the spread of coronavirus,” he told Il Sole 24 Ore daily. “Speaking with colleagues and associates, we can consider that 2020 is lost.”