Meng Wanzhou’s lawyers say she was arrested, searched and questioned hours before being told she was under arrest. 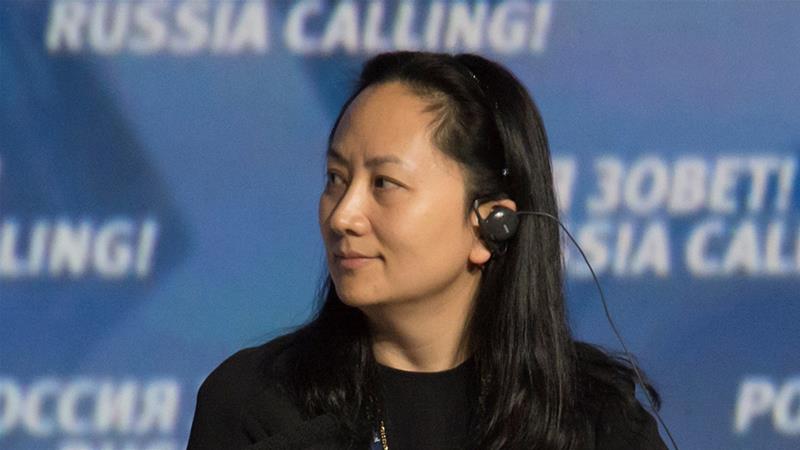 A Huawei executive is suing the Canadian government, its border agency and the national police force, alleging that they arrested, searched and interrogated her before informing her she was under arrest.

Lawyers for Meng Wanzhou, the chief financial officer of the Chinese tech giant, said on Sunday they had filed a notice of civil claim in the British Columbia Supreme Court.

Canada arrested Meng, who is the daughter of Huawei’s founder, at the request of the United States on December 1 at Vancouver’s international airport.

Meng and Huawei face US charges of conspiring to violate Washington’s sanctions on Iran.

The suit said that instead of immediately arresting her, authorities interrogated Meng “under the guise of a routine customs” examination and used the opportunity to “compel her to provide evidence and information”.

It also alleged Canada Border Service Agency agents seized her electronic devices, obtained passwords and unlawfully viewed the contents and intentionally failed to advise her of the true reasons for her detention.

The suit said only after three hours was she told she was under arrest and had the right to counsel.

Meng, currently under house arrest after being freed on bail, is awaiting extradition proceedings in Vancouver, after the Canadian government said it would allow an extradition hearing to proceed against her.

She will appear in a Vancouver court on March 6, which the date of the hearing will be set.

Legal experts had predicted Ottawa would give the go-ahead, given the close judicial relationship between Canada and the United States.

It could be years though before she is ever sent to the US, since Canada’s slow-moving justice system allows many decisions to be appealed.

The decision is likely to sour Canada’s already bad relations with China, which is demanding Meng be released.

China’s embassy in Ottawa had said in a statement the move was “a political persecution against a Chinese high-tech enterprise”.

US President Donald Trump told the Reuters news agency in December he would intervene if it served national security interests or helped close a trade deal with China, prompting Ottawa to stress the extradition process should not be politicised.

Huawei sells products to more than 170 countries and is a key provider of infrastructure for the new 5G network that will roll out in 2020.