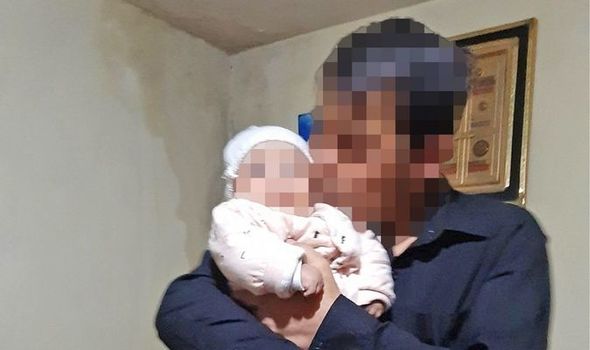 In October, the Sunday Express revealed how Shirshah Tatar, the son of a general, was living in fear with his wife and young baby following the withdrawal of Western forces from Afghanistan.

Unable to venture outside for risk of being spotted by Taliban militia armed with death-lists, his small apartment in Kabul, once home for his fledgling family, has become his prison; his once active lifestyle, so full of hope and ambition, replaced by inertia and despair.

“As the days go by, I die and open my eyes again.  I have no real sleep or food.  I’m like the living dead,” he said last night.

“I just walk and think. It is hard to think of the things that come to my mind.

“When I try to sleep, I have nightmares and wake up late at night.  I look out of the window at the beautiful night sky and the stars and say to myself how everything beautiful in this galaxy is far away from us.”

Though trained by UK forces, the 29-year-old is not eligible for Arap, the Afghan Relocation and Assistance Policy intended for those who actively worked for UK authorities in the country.

But a newly-launched Home Office scheme intended to allow up to 5,000 Afghan civilians a year into the UK is also beyond his reach. With a young wife and baby in tow, he cannot hope to run the Taliban gauntlet to escape Afghanistan and cross the border.

When there is power to charge his phone, his monotony is punctuated by WhatsApp conversations with military colleagues and friends across the country.

Their fates reflect his.

“Like me, they are living day and night in an empty wait between hope and despair,” said Shirshah.

“The Taliban gained access to national security files and are going from house to house, secretly and systematically assassinating former soldiers. Every day I hear of another.

“I know my name is on a list and it can only be a matter of time until they find me.”

His 22-year-old wife Khadijeh  – a former law student – does her best to keep his spirits up, he says, but her future has been stolen, too.

As the crisis unfolded, Khadijeh was able to sell her gold jewellry. The proceeds of that sale were long ago swallowed by heavily inflated prices of Kabul’s markets.

Even under the Taliban, who claim to despise the corruption and decadence of the West, those few who can somehow pay their way prosper.

“Though my wife can go out occasionally, the Taliban government has done nothing to create a proper system for governing,” he said.

“Even though unemployment is at a record  high, they tax like never before, and still, after all these months, there is  no news about their system and administration.

“What do we do if our daughter falls ill? Most clinics are now closed. There are no medical facilities, and, of course,  no vaccines.”

With little prospect of diplomatic ties between the UK and the Taliban government being restored in the near future, he sees no light at the end of the tunnel.

“We know the truth. Those government officials who lined their pockets for twenty years while allowing Afghanistan to become more corrupt, while we fought and died to preserve democracy and the rights of all, and then stabbed us in the back when the Taliban came, they have gone,” he said.