Antonio Guterres insisted it is “absolutely essential” for both India and Pakistan to avoid conflict and discuss their problems, saying there needs to be a “de-escalation of the situation” along the Line of Actual Control (LAC). Both New Delhi and Islamabad have seen tensions surge after India revoked the special status of the disputed regions of Kashmir and Jammu, enraging Pakistan in 2019.

Mr Guterres was asked by a Pakistani journalist about his statement in 2019, where he called for maximum restraint from both countries over Kashmir and Jammu, and whether it still applies to recent tensions.


He said in a press briefing on Tuesday: “I think it’s absolutely essential for the two countries to be able to come together and seriously discuss their problems, and I think it’s essential that human rights are fully respected in all territories that you mentioned.


“Now, things have not moved in the right direction. Our good offices are always available, and we will insist within it on finding peaceful solutions for problems that have no military solution.


“It is clear, when seeing Pakistan and India, any military confrontation between the two would be a disaster of unmitigated proportions for both countries and for the whole world.” 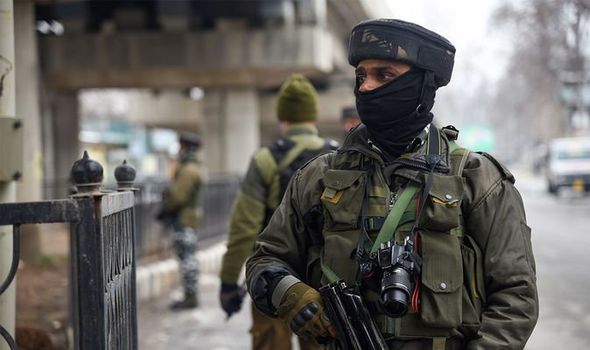 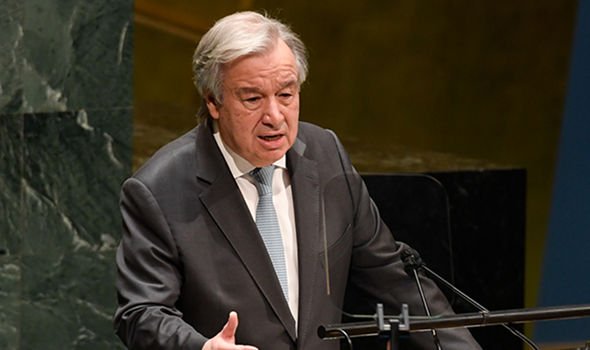 In 2019, India removed Kashmir and Jammu’s special status afforded to it by Article 370 of the country’s constitution.


The removal downgraded the regions to Union Territories, meaning Kashmir and Jammu are ruled directly by the Central Indian Government.


Pakistan, claiming sovereignty over the regions, furiously downgraded its diplomatic relations with India in response.


Islamabad also expelled the Indian high commissioner from Pakistan, with New Delhi claiming the removal of special status was its own “internal matter”. 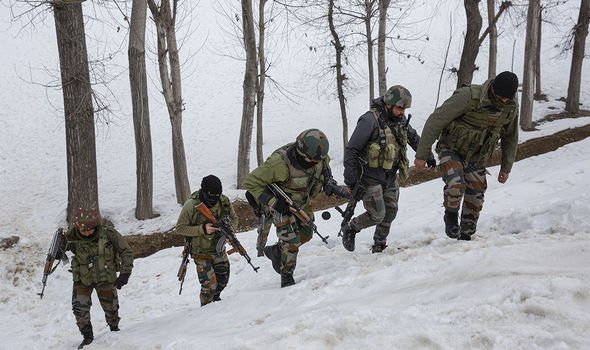 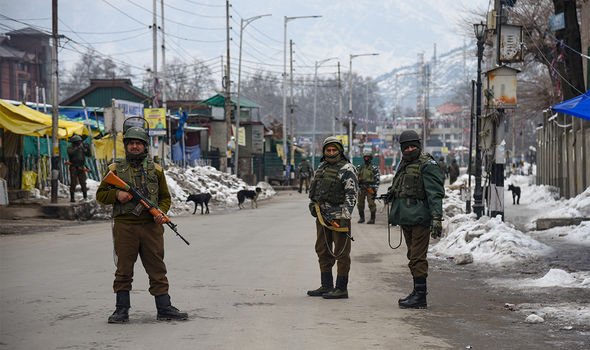 Since Jammu and Kashmir’s special status was revoked, both Pakistani and Indian forces have occupied the regions.

Earlier this week, an Indian army helicopter crashed along the border of Kashmir just hours after the Pakistani army violated a ceasefire along the LAC.

“Two Army pilots have been injured in the incident. They have been evacuated to military base hospital in Pathankot.”

“Firing underway from both sides. Indian Army is retaliating effectively.”

In December 2019, the human rights group Jammu and Kashmir Coalition of Civil Society published a report claiming 69 people were killed in Kashmir after its special status was revoked.

The report contradicted India’s claims no civilians were killed in the region, and said 33 non-combatants died following the revocation of Article 370.

In 2020, the Press Trust of India reported 203 militants and and 43 civilians were killed in Jammu and Kashmir, with 92 others injured. 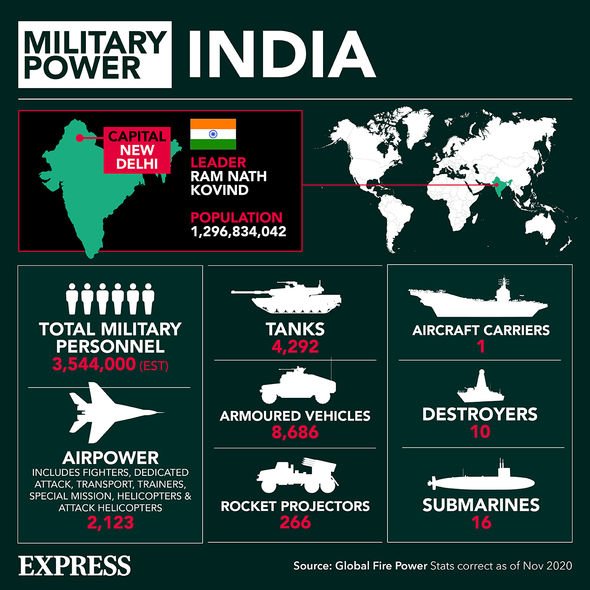 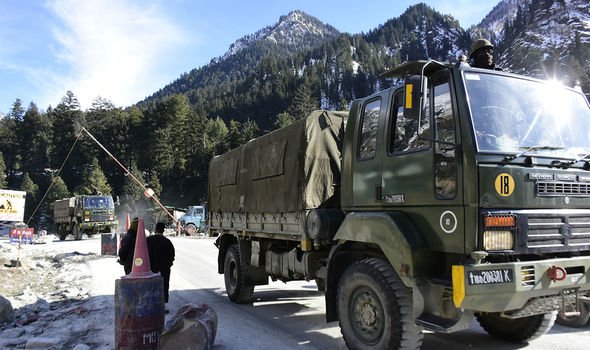 It comes after Mr Guterres also urged India and China to cool tensions along the LAC.


Stephane Dujarric, spokesman for the UN Secretary-General. said: “Only to say that we hope that, through dialogue, the tensions that may exist along the border could be dialled down.”


The comments followed a “minor face-off” between Chinese and Indian soldiers on January 20, in the high-altitude Naku La region in North Sikkim.


In June last year, 20 Indian soldiers and an unconfirmed number of Chinese troops died following a border clash in Ladakh, sparking a stand off between the two Asian superpowers.