Carlow Weather said there is potentially a “nasty spell” of weather on the way on Tuesday night, going into Wednesday, which falls in line with Met Eireann’s warning. On Tuesday, there is a yellow warning in place for Carlow, Kilkenny, Wexford, Wicklow, Cork, Kerry, Limerick, Tipperary and Waterford which reads: “Southerly winds will reach mean speeds of 50 to 60 km/h with gusts of up to 100km/h. There will be a risk of coastal flooding.”

The warning is in place from 9pm on Tuesday to 9am on Wednesday, December 16.

In addition to the yellow warning, a status orange warning has been issued to begin today at 3pm.

The orange warning reads: “South to southeasterly winds will reach gale to strong gale force this evening (Tuesday) and tonight from Belfast Lough to Carnsore Point to Loop Head, increasing to storm force for a time between Roche Point and Valentia overnight.”

Carlow Weather said: “Still a lot of uncertainty on track and intensity though. 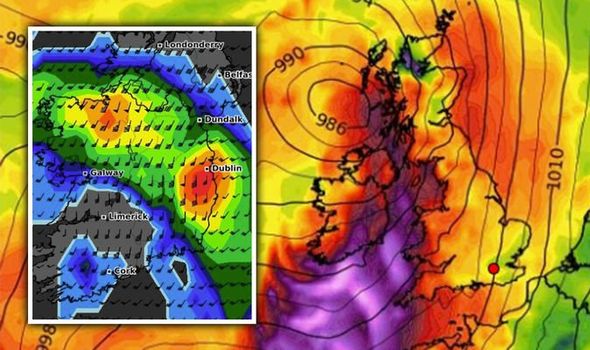 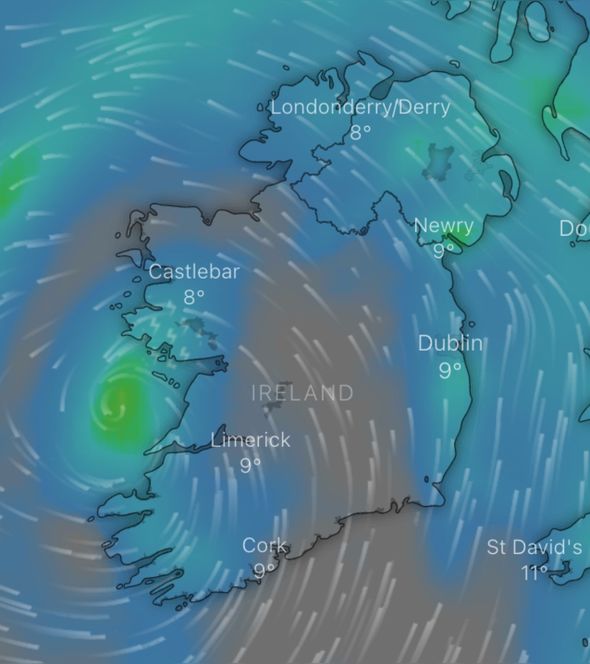 “Along with the risk of strong winds is the risk of heavy rainfall, but again there is uncertainty there.

“Continue to keep an eye on weather forecasts over coming days.”

Carlow Weather forecasts a cold day this Christmas Day as temperatures are expected to plummet in the coming weeks.

The weather service adds: “Also of interest is the GFS Charts showing a risk of colder weather for Christmas Day. 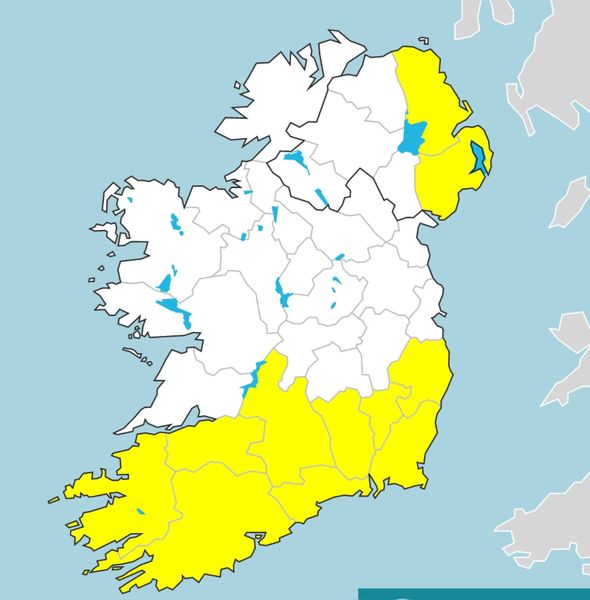 “A long way off still but the last three updates from GFS have shown a risk of cold air plunging down over Ireland for Christmas Day. A nice, crisp, cold day would be nice.”

This morning, Dublin will see sunny spells as they gradually fade this afternoon, to be replaced by showers as scattered rainfall comes in.

Met Eireann added: “Tonight in Dublin will be wet and windy.

“Cloud will increase through the evening with a band of rain crossing the area early in the night bringing the risk of surface flooding. 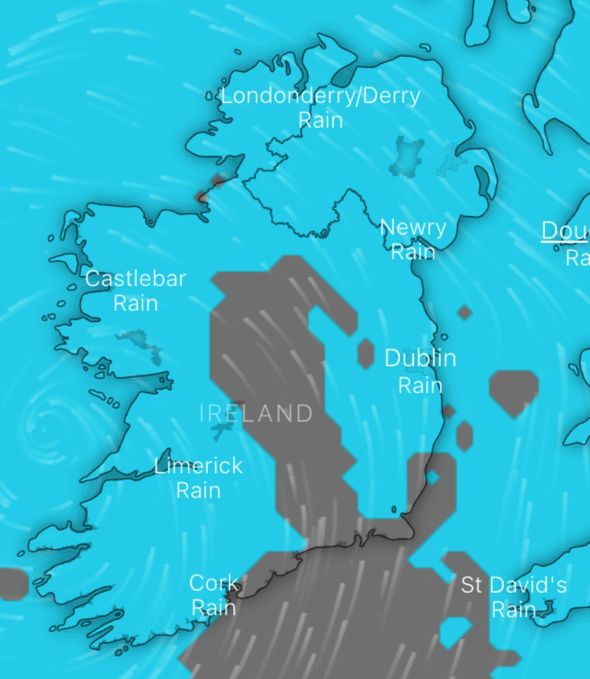 “Southeast winds will increase strongly to near gale force and gusty. Gales will develop on the coast producing a risk of coastal flooding.

“Later in the night, the rain will clear to scattered and blustery showers.

“Lowest temperature of four to six degrees will occur early into the night.”

The temperamental weather pattern will continue into Wednesday as rain and strong winds continue to batter Ireland.

The weather outlook for Wednesday, according to Met Eireann, reads: “Wednesday will start wet and very windy.

“Strong to near gale force and gusty southeasterly winds will veer south to southwesterly during the afternoon and gradually ease.

“It will remain mostly cloudy with scattered heavy showers merging to longer spells of rain at times. Highest temperatures of nine to 11 degrees.”