DUBLIN (Reuters) – The leader of Ireland’s Fianna Fail told its fellow center-right rival Fine Gael on Thursday to decide whether or not to enter formal government negotiations after nearly a month of sluggish exploratory talks. 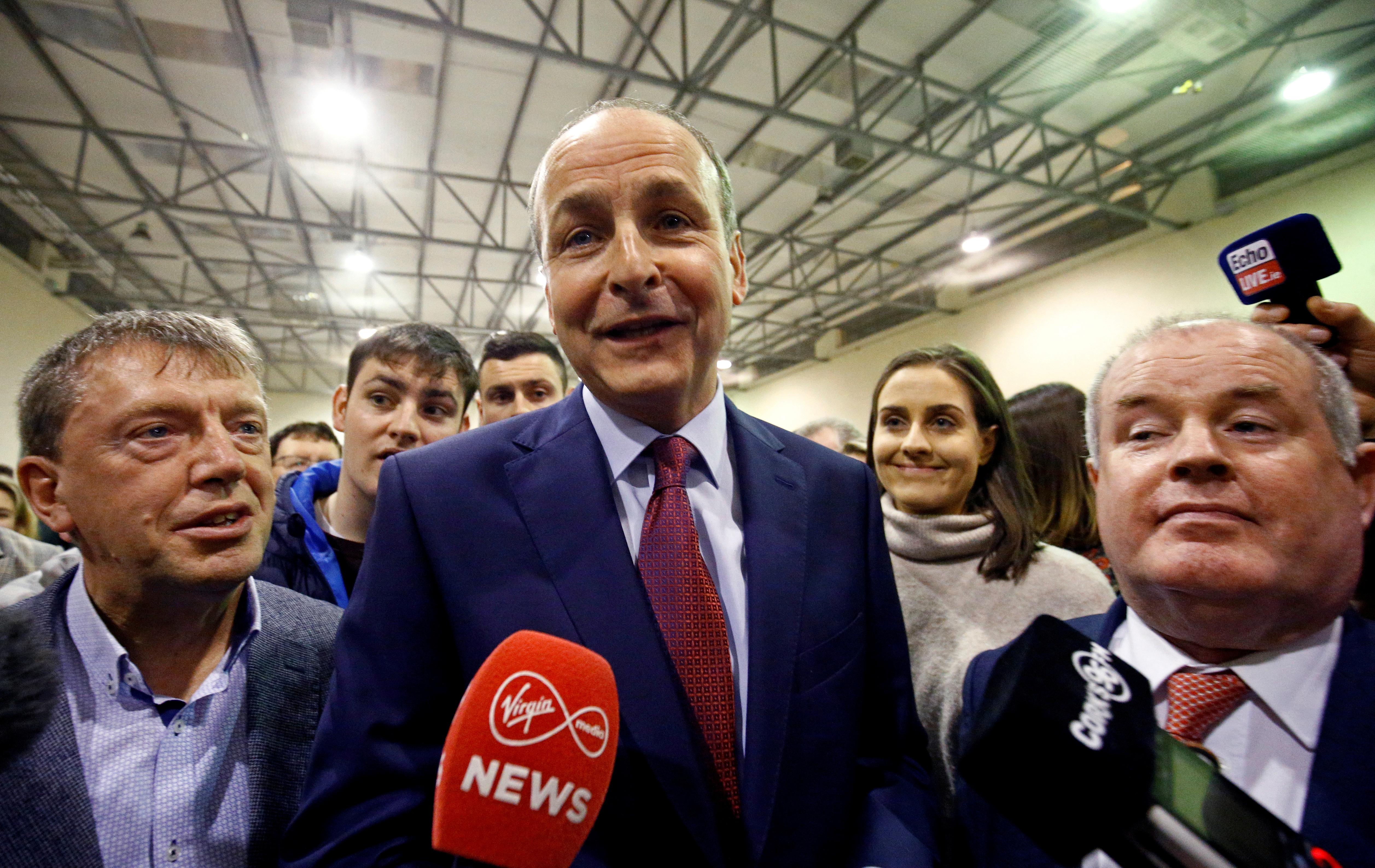 Fianna Fail’s Micheal Martin is seeking to form a governing coalition but has ruled out one with Sinn Fein, the left-wing, pro-Irish unity party – and former political wing of the Irish Republican Army – which surged at a Feb. 8 election and has an equal number of seats in the fractured parliament.

Acting Prime Minister Leo Varadkar’s Fine Gael, which has 35 seats in the 160-seat house to Fianna Fail’s 37, favors going into opposition but has said it would be willing to help form a government if all other options are exhausted.

With no other option appearing viable, the two parties met for a one-day “policy exchange” on Wednesday but Fine Gael has so far been reluctant to negotiate an actual coalition deal.

The lack of progress has left Ireland represented by a caretaker government in the initial stages of post-Brexit trade talks – crucial for parts of the economy – and as the health ministry reported its sixth case of coronavirus on Wednesday.

“I’ve made decisions, the party has made decisions, it’s now up to others to come to the table in a decisive manner and negotiate a program for government,” Martin told Irish national broadcaster RTE. “It’s decision time.”

He said there was no pathway to opposition for Fine Gael and that “realpolitik will have to break through at some stage.”

Martin said his team did not hear anything at the initial policy meeting that would pose an insurmountable challenge to a first-ever coalition between the two historic rivals that emerged from opposing sides of Ireland’s 1920s civil war.

Fianna Fail facilitated the last Fine Gael-led minority government from opposition but the Fianna Fail leader said on Thursday that he favored a full coalition this time.

Martin’s long-standing opposition to Sinn Fein primarily relates to its past IRA links. The militant group fought British rule in Northern Ireland for decades in a conflict in which some 3,600 people were killed before a 1998 peace deal.

If Fianna Fail and Fine Gael cannot agree to lead the next government and maintain their steadfast opposition to Sinn Fein, a second election would be the only way to break the deadlock.

An opinion poll last week showed Sinn Fein’s popularity had surged further and that it had almost as much support as its two main rivals combined.

“The people would not forgive us if there’s another election,” Martin said.