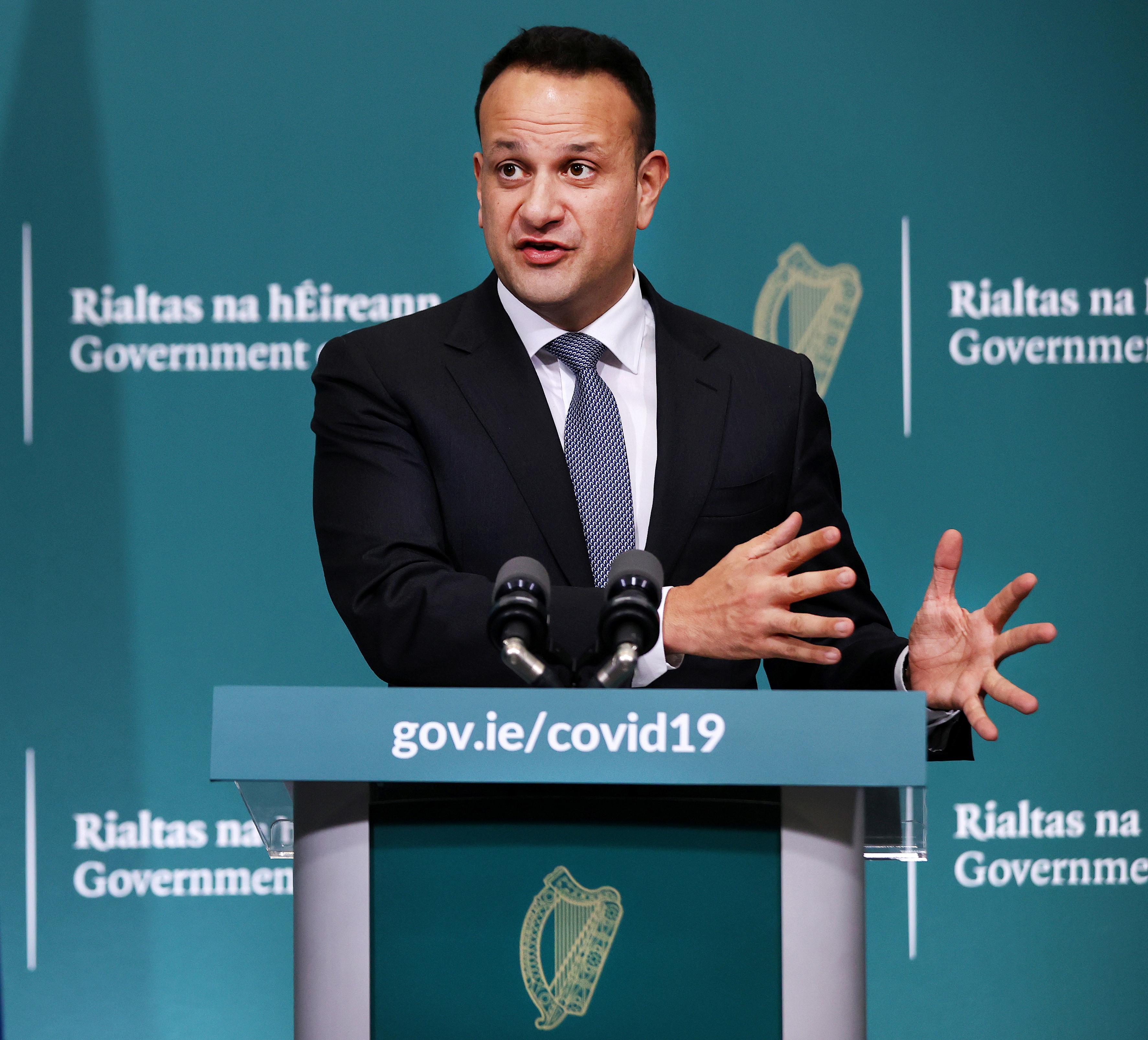 DUBLIN (Reuters) – The party of Irish Prime Minister Leo Varadkar has seen its support surge on its response to the coronavirus pandemic, an opinion poll showed on Sunday, reversing a sharp fall in support registered in a general election last month.

Varadkar, a medical doctor by training, has been praised for his decision to close down schools in early March and cancel celebrations for the March 17 St. Patrick’s Day holiday.

Support for Varadkar’s center-right Fine Gael party has increased to 34% from 21% at a Feb. 8 election, according to the Sunday Business Post/Red C poll. Support for left-wing nationalists Sinn Fein was up 3 percentage points to 28%, while center-right Fianna Fail fell 4 points to 18%, the poll showed.

Varadkar, whose party fell to a worst-ever third place in the election on dissatisfaction over a housing crisis and underinvestment in the health service, remains in power until a new government has been formed.

His Fine Gael party on Wednesday began talks with Fianna Fail to develop a policy program for a new government, although the two parties will need to secure the support of a third party or a dozen independent deputies to secure a majority.

Ireland reported a total of 2,415 confirmed cases of coronavirus on Saturday, with 36 deaths.