In Beijing, people struggling to resume ‘normal’ life amid continuing restrictions and their own fear of coronavirus. 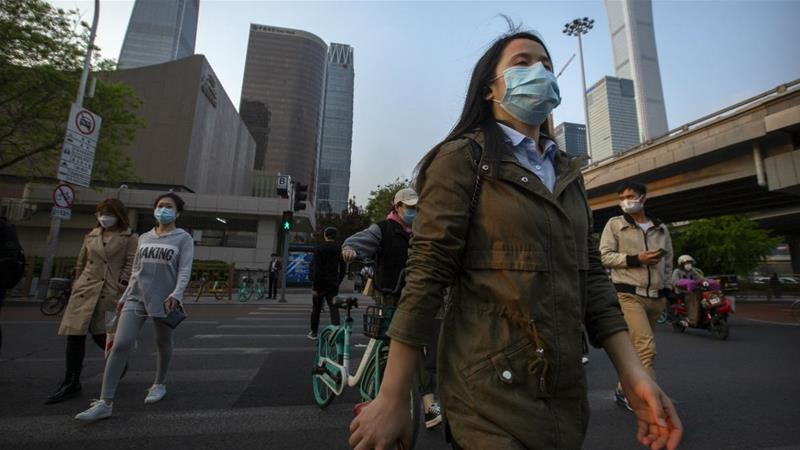 Beijing, China – Millie Yang had been self-quarantining at home in Beijing with her 11-year-old son for several weeks when the youngster begged to be taken to hospital. “I’ve got the virus,” he said through tears. “I can’t breathe.”

His fear of COVID-19 had been mounting in recent days and Yang suspected he was having a panic attack.

Eventually, her son calmed down – he did not have the virus. But almost three months after the outbreak first escalated in China, he has yet to play outdoors in the courtyard of their apartment compound. He attends classes via online video chat. It has been tough for the whole family and they are hopeful that schools will reopen soon, Yang said.

Yang is one of many parents still working remotely, who together care for as many as one million primary- and middle school-aged children who remain at home in Beijing. She ventures out only for groceries. As a caretaker, she is excused from in-office attendance requirements, which Chinese-owned companies began enforcing in early March in an effort to kick the economy back into gear.

However, social media anecdotes abound of people lying on attendance forms, or in some cases even keeping devices running at empty desks, to prevent bosses from discovering that some offices are not operating to the level before the outbreak.

But even as people return to work it is not easy for them to resume their former routines.

“Friends have described being in Beijing right now as feeling like the night before a storm is going to hit,” said Krish Raghav, who works for a local brewery. “Everything’s open, but it all feels a little off.” 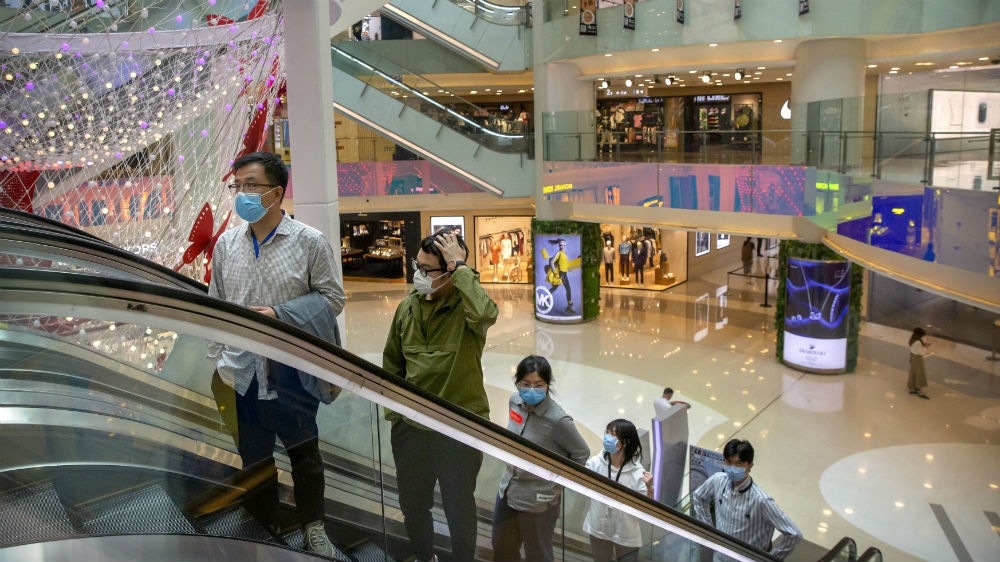 Ruth Jiao, who works in marketing for an international tech company, has begun socialising again, but not in the same way as she did before.

“I wouldn’t meet friends I haven’t seen in a long time, because I don’t know who they’ve seen,” she said. “And I don’t want to put people in a weird position of having to reject my invitation if they don’t feel comfortable.”

Even as new cases have plummeted, fears of a second wave of infections have prompted the imposition of restrictions that are even more strict than before including mandatory quarantines.

President Xi Jinping has identified the city as a top priority in virus prevention efforts.

“The security and stability of the capital city is directly related to the overall work of the party and country,” he said in a recent speech.

Daily life is now accompanied by new restrictions and small inconveniences, most of which have been welcomed as an indication that the crisis is being properly managed.

Masks are mandatory – those who attempt to leave their homes without one can expect to be reminded not only by local security guards, but by other residents.

A citywide system of communal surveillance and tracking is conducted by the lowest level of government: neighbourhood committees. Members now guard the entrances of apartment complexes and in some cases entire streets, taking temperatures via hand-held machines.

Many venues also require visitors to log identification details. In the case of a new infection, these logs will be used to track everyone who might have crossed paths with the carrier.

Some shopping centres and office buildings use more high-tech methods of tracking, including facial-recognition temperature scanners and mobile phone data-linked QR codes that confirm whether a person has been in Beijing for more than two weeks.

Since March the government has shifted its focus outwards, towards the threat posed by incoming travellers. A new danger zone is the border between Russia and the Heilongjiang region, where last week 49 Chinese nationals tested positive in a single day as they attempted to travel home from Russia’s far east.

People arriving in Beijing from overseas or elsewhere in China are now required to complete a 14-day hotel quarantine, at their own expense. 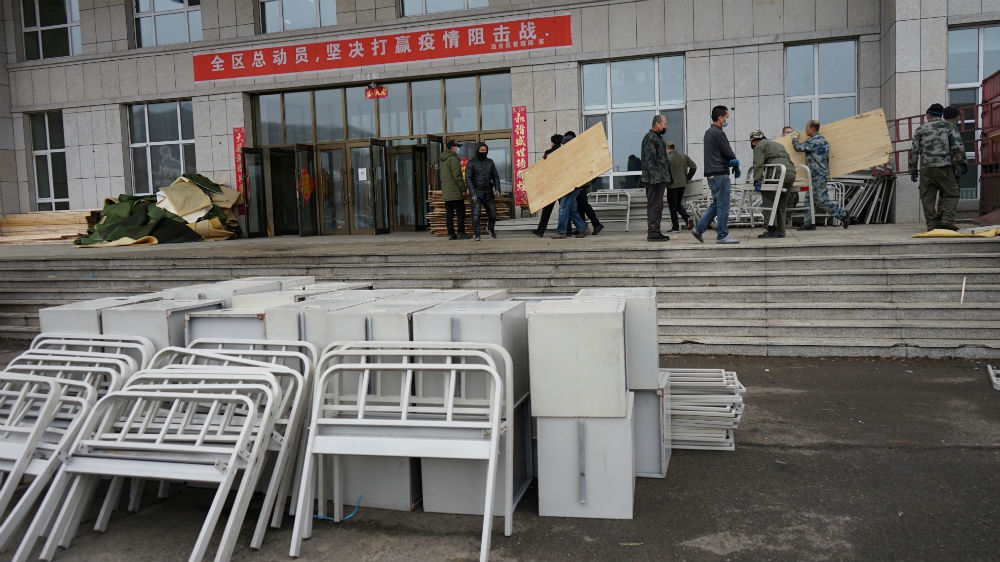 The city’s mandatory quarantines provide some sense of security, Raghav said. He recently completed quarantine himself, as one of the last foreigners to enter China before a travel ban against non-Chinese citizens was announced in late March.

For that opportunity, Raghav, who is Indian, paid almost four times the standard ticket price to cover a flight from the US, where he had been attending a writing residency; and the cost of a 14-day stay in the five-star Pullman Hotel.

“I’m grateful that I’m here at all,” he said. “There’s a level of privilege in being able to afford it. I have friends for who this just meant they couldn’t come back to China.”

While the hotel quarantine was comfortable, Raghav was bothered by the way in which returnees were treated on their initial arrival in China. The group was herded into close quarters and tested en masse, he said, in a process that at times felt dehumanising.

“If one of us had been sick, the entire unit would have been seen as contaminated,” he said. “The reality is that you’re a data point that needs to be managed.”

However, he expressed gratitude that as the only foreigner on his flight, he was treated no differently from the Chinese travellers.

Other foreigners have reported discriminatory experiences. Adriaan Martens, a South African national who has lived in China for five years, was recently barred entry from a friend’s apartment compound for being a foreigner. His partner, who is Chinese, was not allowed in either, for having been in close contact with a foreigner. 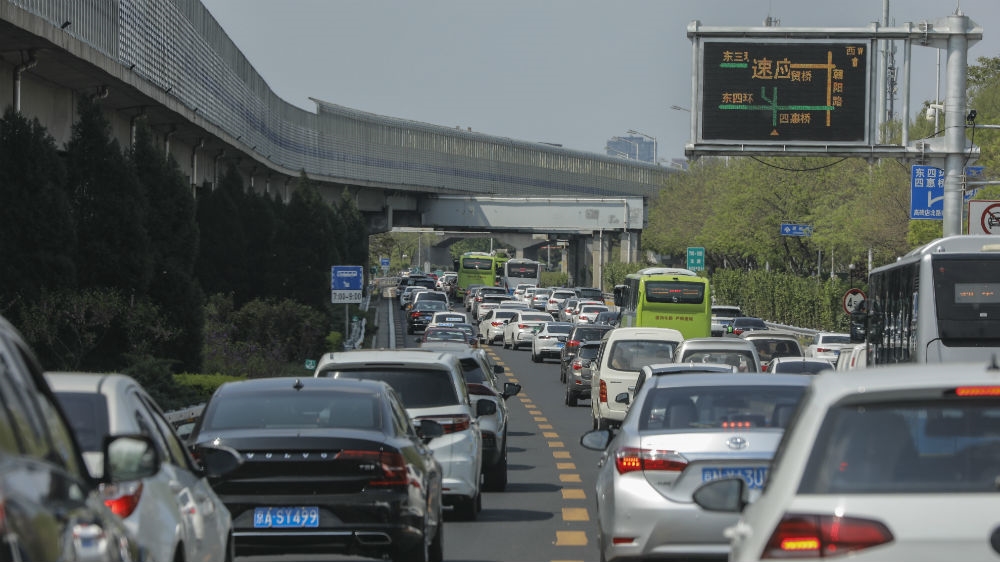 “That made me feel like a virus,” Martens said. “My whole life is here. I own nothing back home. Driving home, I was crying because I felt dirty.”

Many foreigners report that while they continue to feel welcome in China, they have felt an increase in xenophobic sentiment.

Authorities have given mixed messages: at times appearing to encourage such behaviour, as when a senior official suggested that the US military might have brought the virus to China.

In the southern city of Guangzhou, officials recently condemned the discriminatory treatment of African immigrants, who have in some cases been evicted from their homes; but have yet to speak out against discrimination against foreigners in general across China.

Additionally, broad guidelines from Beijing’s Municipal Epidemic Prevention and Control headquarters have created conditions in which neighbourhood committees are free to enforce certain measures at their own discretion including stricter rules for foreigners.

Ruth Jiao, a Beijing native, says that her relatives have cautioned her against interacting with foreigners, a fear that she believes is rooted not in racism but in an assumption that foreigners are more likely to have travelled in recent months.

“Airplanes and airports are high-risk and there’s also a sense that other countries are not managing the crisis well,” she said.

In fact, 90 percent of China’s imported cases before the ban against foreigners were among Chinese nationals returning home, according to a statement by Vice Minister of Foreign Affairs Luo Zhaohui in late March.

Martens had previously explored paths to permanent residency in China but is now having second thoughts. “I would love to stay here forever,” he said. “But if I’m going to have difficulties with everyday activities, then I’d rather go back home and avoid the humiliation.”

Jiao, who works in marketing for an international tech company, is more optimistic. She believes the current xenophobia will fade when the crisis is over.

She noted that Chinese people have faced similar fears in other countries.  “I think that it’s natural to fear the unfamiliar. It’s not right, but it’s not surprising. I’m hopeful that these fears are temporary.”