On the campaign trail, a series of gaffes prompted speculation by opponents about Mr Biden’s health and mental ability.

If the former vice president, 77, was unable to fulfil his duties, his vice president Kamala Harris would be sworn in – much like Lyndon Johnson was in 1963 following the assassination of John F Kennedy.

While on the election trail, the Trump campaign repeatedly stated by electing Biden it would quickly put the 55-year-old at the helm.

They portrayed Ms Harris, the first woman of colour to run on a major party’s presidential ticket, as a dangerous Left-wing radical determined to bring socialism to the States.

Opponents have also claimed the mother of two is not eligible to serve as President because her mother is from India and her father from Jamaica. 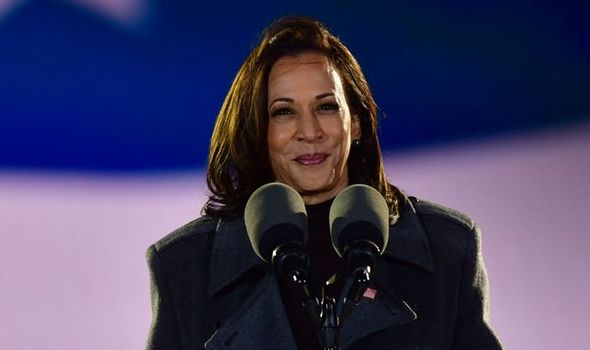 The Democrat, who represents California, is a natural-born US citizen – and perfectly entitled to run for the White House.

And while Mr Biden has sometimes stumbled over his words, the attacks ignore the fact he has largely overcome a life-time stammer.

Doctors have said Mr Biden is in good physical condition.