The German Chancellor announced in 2018 that she would stand down in 2021 ahead of the country’s election, bringing to an end what will be 16 years of rule. However, the road to a new dawn for her Christian Democratic Union Party (CDU) has been far from harmonious, as rivals from within her ranks have called for the German leader to step down early. Merkel, while remaining Chancellor, is no longer the party leader – offering the role to key ally Annegret Kramp-Karrenbauer in the hope her legacy would remain even after she leaves German politics.

But amid doubts that Mrs Kramp-Karrenbauer was up to the task of succeeding Merkel, she stepped down earlier this month opening up the party’s leadership bid while plunging it into chaos.

One major challenger is Friedrich Merz who, after a devastating defeat for Merkel’s party in an election for a state it once dominated, hit out at the Chancellor’s failings.

He said in October that the party is in “a really difficult situation” and the main reason why is that “the inertia and lack of leadership of the Chancellor has been hanging over this country like a blanket of fog for years”.

He added: “Things can’t go on like this, and I simply cannot imagine that this kind of government in Germany can carry on for another two years until the end of this parliamentary term.”

The CDU finished third in the election in Thuringia, leading Merz to also rage at the “abysmal” image of Merkel’s government — a coalition with the centre-left Social Democrats that has been marred by infighting. 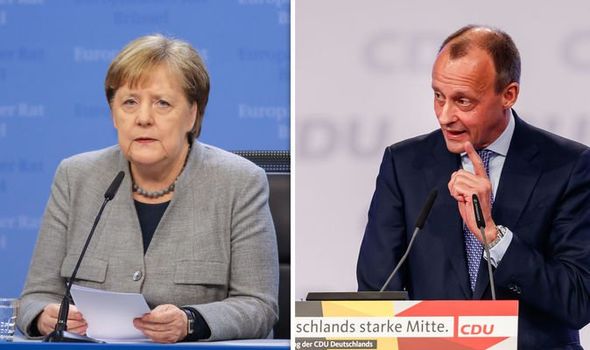 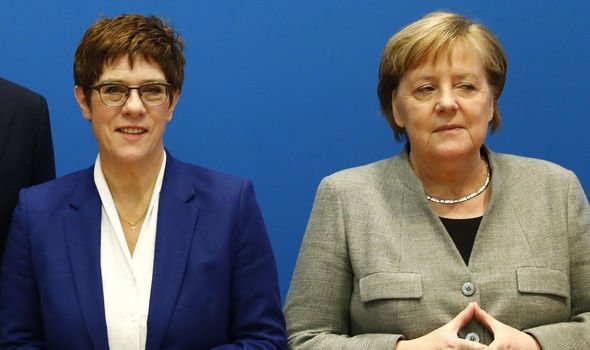 Merz and Merkel have a long history of feuds, and he has been widely described as the more right-leaning candidate in the party best placed to halt the growth of the right-wing AfD.

In 2002, Merkel beat Merz to the leadership of the CDU despite his growing support born from tax and immigration policy.

After leaving politics in 2009, Merz is now back in the fold and hoping the series of setbacks for his historic rival could allow him to take her chair as Chancellor.

In recent weeks, he has continued the assault on the current leadership in Berlin, proposing unconventional policy initiatives in the process. 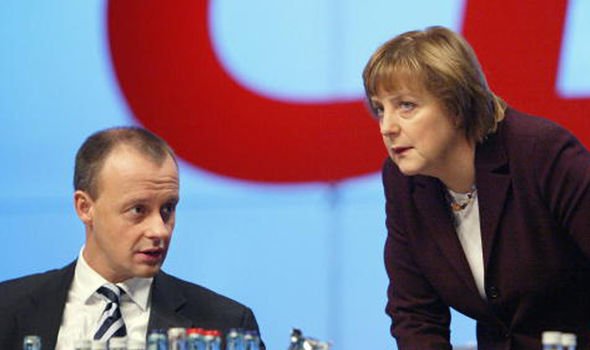 Earlier this month, speaking at a party event in Hamburg, he argued for a “plain speaking” and tax cuts to restore his party’s strength.

The Financial Times reported him as saying: “Here is a crazy thought. Why not give half of Germany’s €50billion budget surplus back to the people as a radical tax cut? Not a completely insane idea, is it?” 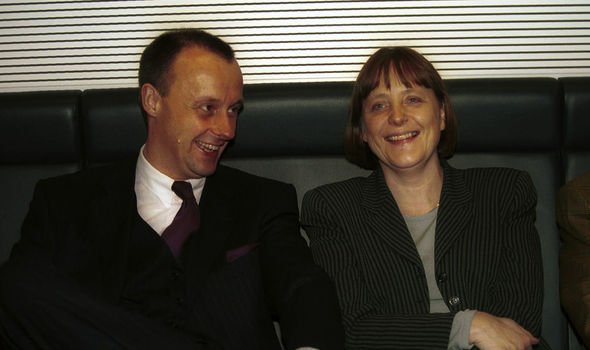 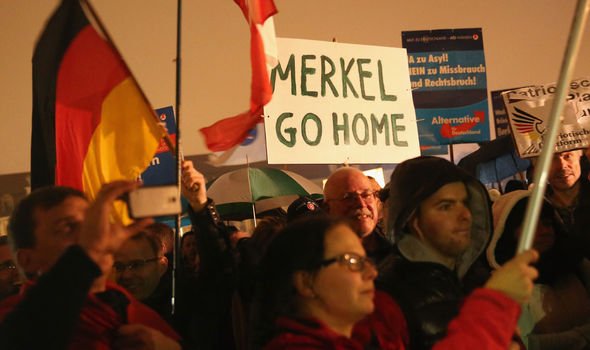 Merkel’s party must grapple to regain the nearly one million voters that have defected to AfD.

Merz said: “We must have the courage to contradict, to be controversial. If we want to get more than one third of the vote we have to be better than we are right now.”

As Merkel’s legacy is cast in doubt, the growing threat from Merz could result in a very different Germany come 2021.