The last four years were the hottest since global temperature records began, the United Nations has confirmed, in an analysis that it said was a “clear sign of continuing long-term climate change“.

The world body’s World Meteorological Organization (WMO) said in November that 2018 was set to be the fourth-warmest year in recorded history, stressing the urgent need for action to rein in runaway global warming.

On Wednesday, it incorporated the final weeks of 2018 into its climate models and concluded that average global surface temperature last year was one degree Celsius above pre-industrial baseline levels.

The 20-warmest years in history all occurred within the last 22 years, while the outlook is for more sizzling heat approaching levels that most governments view as dangerous for the Earth, according to the WMO’s report.

“The long-term temperature trend is far more important than the ranking of individual years, and that trend is an upward one,” said WMO Secretary-General Petteri Taalas.

“The degree of warming during the past four years has been exceptional, both on land and in the ocean.”

The WMO said heightened temperatures also contributed to a number of extreme weather events such as hurricanes, droughts and flash flooding.

“Many of the extreme weather events are consistent with what we expect from a changing climate. This is the reality we need to face up to,” Taalas said.

The UN body also said that 2019 had picked up where 2018 left off, with Australia experiencing its warmest January on record. It warned that intense heatwaves “are becoming more frequent as a result of climate change”.

“The impacts of long-term global warming are already being felt – in coastal flooding, heat waves, intense precipitation and ecosystem change,” said Gavin Schmidt, director of NASA’s Goddard Institute for Space Studies. The US space agency contributes data to the WMO.

Similar reports on climate trends released by NASA and the US National Oceanic and Atmospheric Administration (NOAA) confirmed that last year was the fourth-warmest in modern times.

Sea-ice cover in the Arctic and Antarctic both marked the second lowest ever observed.

Meanwhile, there were 14 weather-related disasters costing $1bn or more each.

“About $73bn of this total was attributable to three events: Hurricanes Michael ($25bn) and Florence ($24bn), and the complex of western wildfires ($24bn).”

To tackle warming, almost 200 governments adopted the Paris climate agreement in 2015 to phase out the use of fossil fuels and limit the rise in temperatures to 2C above pre-industrial times while “pursuing efforts” for 1.5C.

US President Donald Trump, who has cast doubt on mainstream climate science and promotes the coal industry, plans to withdraw the United States from the Paris Agreement. He did not mention climate change in his State of the Union speech on Tuesday.

As parts of the mid-western US were gripped by a “polar vortex” last week that saw temperatures plunge to lows of -53C, Trump suggested that the cold weather front cast doubt over the veracity of climate change data.

“What the hell is going on with Global Waming? (sic) Please come back fast, we need you!” he said on Twitter.

Taalas said the deadly cold snap was entirely consistent with the effects of man-made climate change, including the warming of the poles.

“A part of the cold anomalies at lower latitudes could be linked to dramatic changes in the Arctic,” he said.

“What happens at the poles does not stay at the poles but influences weather and climate conditions in lower latitudes where hundreds of millions of people live.”

As much of the world continues to rely on fossil fuels, greenhouse gases will keep mounting, trapping heat in the atmosphere.

Rowan Sutton, director of science for the National Centre for Atmospheric Science (NCAS) said that will likely mean more heat records in the years to come.

“Over the next five years, the high temperatures seen recently are likely to be sustained and that further warming may well occur, perhaps reaching new record levels for annual average temperatures,” he said.

The British Royal Meteorological Society, which also contributes data to the WMO, said temperatures could rise to 1.5C above pre-industrial times, for instance, if a natural El Nino weather event adds a burst of heat.

“Our lack of decisive action over climate change makes us like a climber ascending a mountain, knowing that there will not be enough oxygen at some height, yet still we go on,” Brian Hoskins, chair of the Grantham Institute at Imperial College London, said.

“Not every individual step takes us nearer disaster, but as confirmed by the Met Office, our general direction is clear.”

Meanwhile, Patrick Verkooijen, head of the Global Center on Adaptation in the Netherlands, said the WMO report showed “climate change is not a distant phenomenon but is here right now” and called for an increase in greener investments, including defences against rising seas and drought-resistant crops. 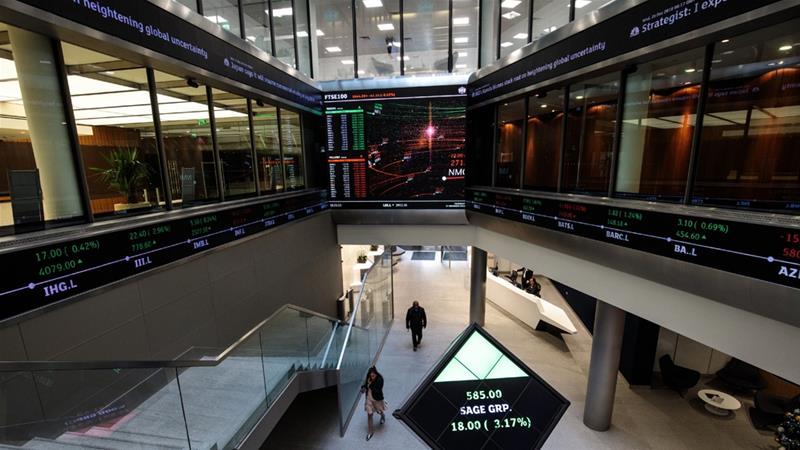 Growing Pains: The Ecological Cost of an Insatiable Economy