(Reuters) – U.S. President Donald Trump will seek $2.5 billion from Congress to fight the coronavirus epidemic and U.S. and South Korean militaries are considering scaling back joint training as the virus spreads in Europe and the Middle East.

– Countries around the world are stepping up efforts to prevent a pandemic of the flu-like virus that has now infected more than 80,000 people, 10 times more cases than the SARS coronavirus.

– Italy’s outbreak began spreading on Tuesday from its origins in the northern regions of Lombardy and Veneto, with new cases reported in central Tuscany, the coastal region of Liguria and Sicily in the south.

– The total number of cases in Italy rose to more than 280 while the death toll stands at seven.

– Austria, Switzerland and Croatia reported their first cases on Tuesday. The infected in Austria are two Italians who live in Tyrol and were probably infected in Italy’s Lombardy region. [nL8N2AP0QD]

– The European Commission advised its staff not to travel to Lombardy and told officials who went to the most affected areas in northern Italy to stay at home for two weeks.

– Italy may need to call on the European Union to offer leeway on budget targets due to the outbreak, a senior official said on Tuesday.

– Italian authorities have sealed off the worst-affected towns, closed schools and halted the carnival in Venice, where there were two cases.

– Iran’s health ministry on Tuesday urged Iranians to stay at home as its coronavirus death toll rose to 16, the highest outside China. Among the 95 people infected are the country’s deputy health minister and a member of parliament.

– Kuwait, Bahrain, Oman, Afghanistan and Iraq reported their first virus cases, all in people who had been to Iran.

– A Turkish Airlines flight from Iran was diverted to Ankara on Tuesday at the Turkish Health Ministry’s request. All 132 passengers and crew will be quarantined for 14 days.

– The Lebanese government decided on Tuesday to restrict flights to countries with coronavirus outbreaks and to completely halt flights for pilgrims.

– A hotel in Spain’s Canary Islands was locked down on Tuesday after a case of coronavirus.

– The number of coronavirus cases in South Korea rose to 977 on Tuesday, as health authorities said they plan to test potentially more than 200,000 members of a church at the epicentre of the outbreak.

– Singapore said on Tuesday it would ban all visitors who had recently travelled to the South Korean city of Daegu and Cheongdo County.

– Authorities in Weihai in eastern China said on Tuesday they would quarantine people arriving from Japan and South Korea from Feb. 25 for 14 days.

– Americans should avoid all nonessential travel to South Korea due to the outbreak, the U.S. Centers for Disease Control and Prevention said on Monday.

– Japan urged businesses on Tuesday to have staff work from home to help prevent the spread of the coronavirus, and its top-flight soccer division announced it was postponing matches.

– Hong Kong has extended its schools suspension until at least April 20, authorities said on Tuesday.

– Outside China, the outbreak has spread to about 29 countries and territories, with a death toll of about two dozen, according to a Reuters tally.

– FDA identified 20 drugs with shortage risks due to coronavirus outbreak. 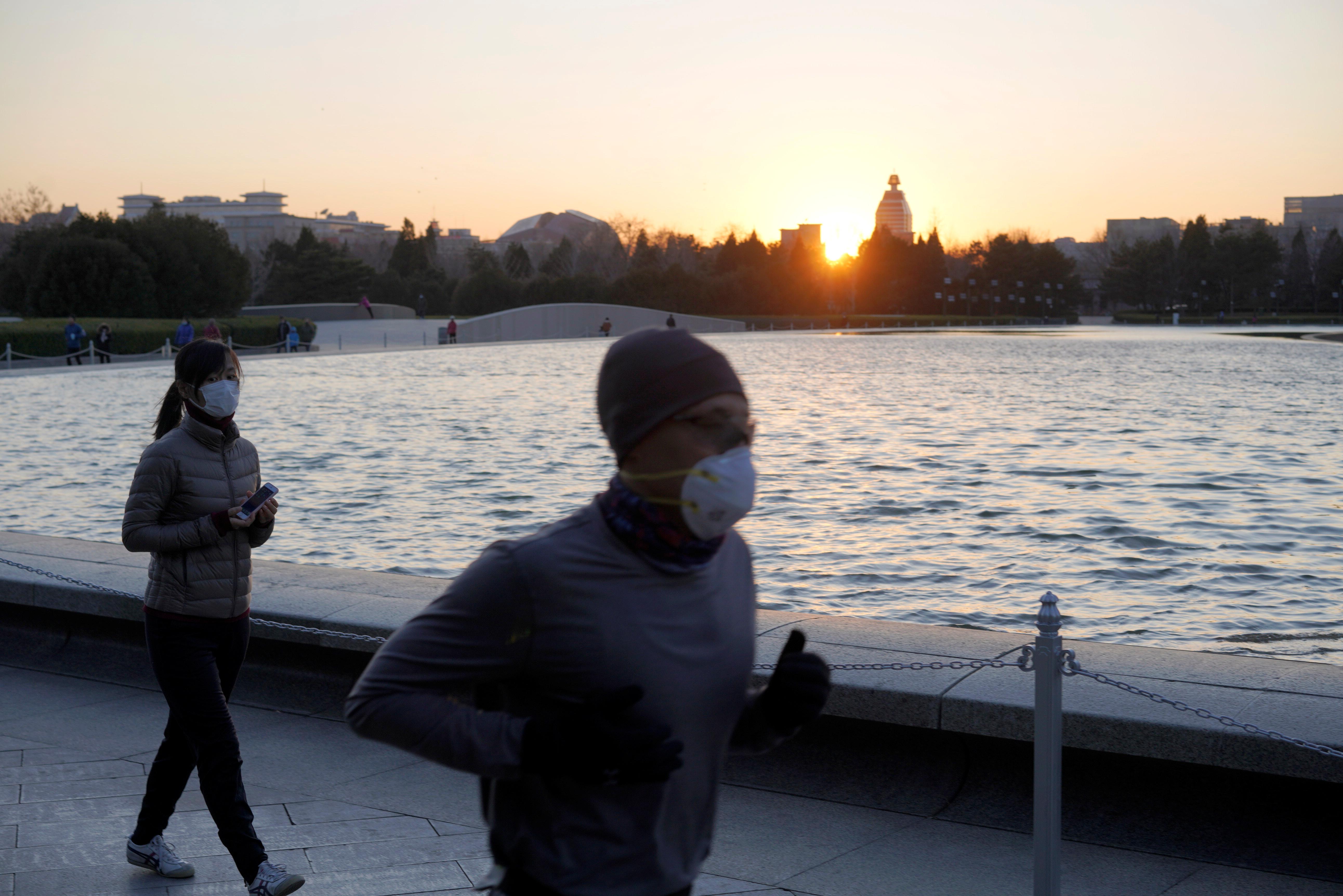 – China’s top legislature said it will immediately ban the trade and consumption of wild animals, in a fast-track decision it says will allow the country to win the battle against the virus.

– Global stocks hit a two-month bottom on Tuesday, as relief from a sharp selloff the previous day proved temporary.[MKTS/GLOB]