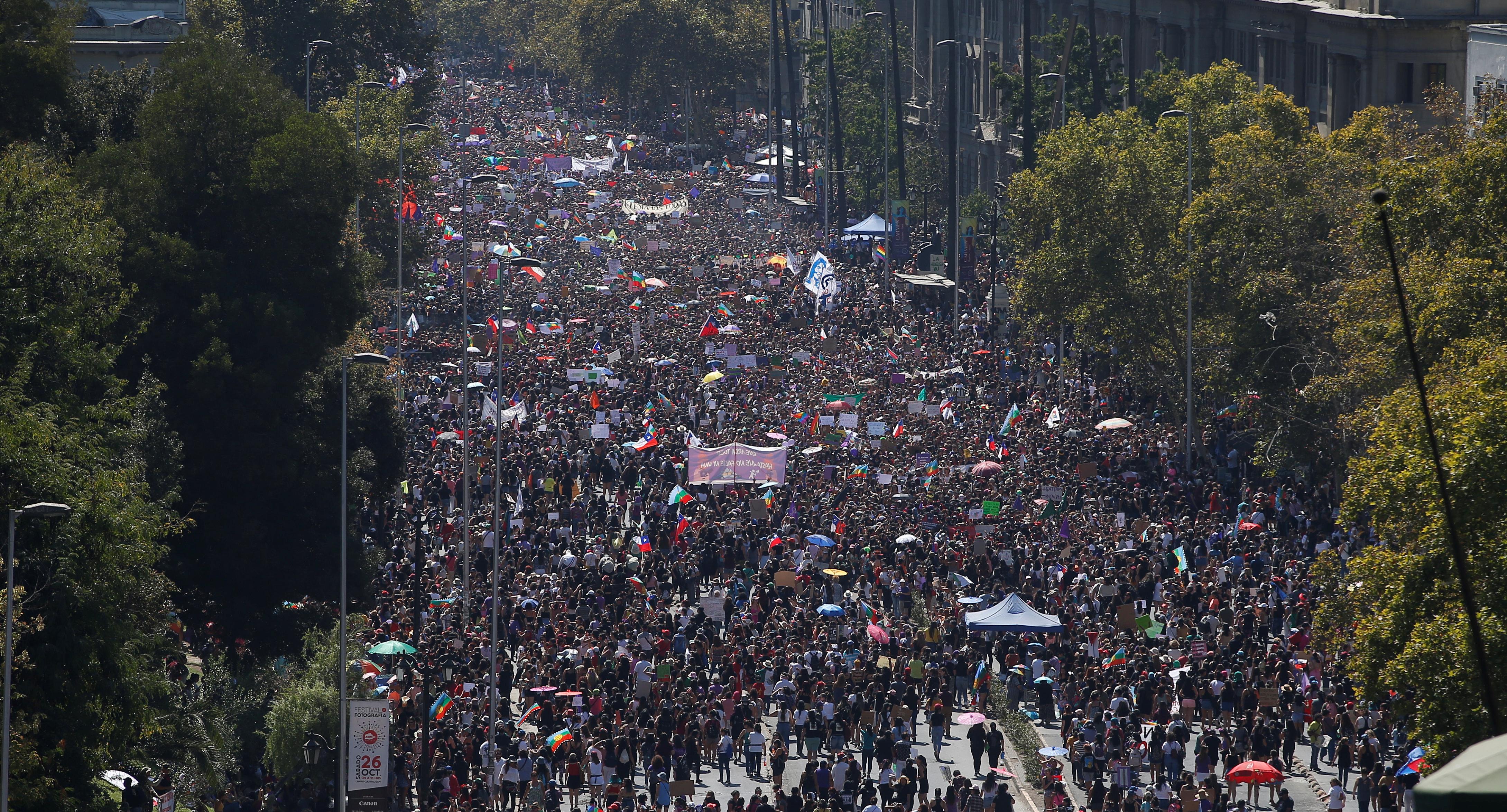 As Women’s Day events unfold worldwide, the Latin American marches are set against a backdrop of broader social unrest in the region.

Police said 1,700 officers were on hand for crowd control nationwide. Many carried signs calling for access to abortion and an end to violence against women.

“I’m so happy about what’s happening today,” said one Chilean protester who asked to be identified as Patricia V. “Chile needs women to increase their power in public life, for the good of all women and men. We need more equality not only socially, but economically and politically.”

Marches in Chile may turn out to be massive, in the wake of broader protests against social inequality that began in October and at their peak included more than 1 million people.

In recent days, Chilean senators approved a bill aimed at giving women an equal voice in drafting a new constitution, while the president strengthened punishment for femicide, or the murder of women because of their gender.

In Mexico’s capital, an afternoon march was expected to bring record numbers of women into the streets fueled by anger over femicides, which have more than doubled over the last five years.

In the morning, women at Mexico City’s massive public square painted the ground with the names of women who have recently been killed, while in the suburb of Ecatepec, a group of women led a march and performance against gender violence, including wearing black plastic bags and calling out, “We’re women, not trash.”

In Colombia, women in Bogota plan to celebrate the capital’s first female mayor, while protests are also expected over a recent court ruling that upheld limits on abortion.

Women’s Day in Argentina lands just over three months into the new administration, which has announced plans to create a minister for women and support a fresh effort to legalize abortion after previous attempts were defeated in Congress.

Women in Buenos Aires planned to march on Congress late Sunday afternoon, and to hold work stoppages on Monday in support of equal pay and legislation aimed at fighting violence against women and lowering impediments to abortion.