Retired nurse Ksenia Didukh, 83, told how her late father was “calling me”, and that felt she was in “the kingdom of heaven”. Her relatives in Stryzhavka town meanwhile held a funeral dinner for her.They got her grave dug and arranged a priest to be at her burial.

“My eyes opened, and people in white were standing around me,” said the grandmother, after coming back to life.

“I thought they were angels but these were doctors…

“Apparently God had mercy on me.”

Doctors say they are baffled by her case after her relatives called an ambulance at 6am with paramedics examining her and saying there was no point taking her to hospital as she was dying. 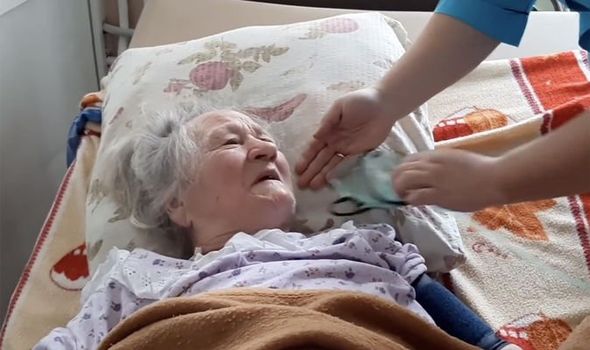 “They made an electrocardiogram on the spot and recorded a straight line [which means] a cardiac arrest,” said Dr Vladimir Chebotarev, head of resuscitation at Stryzhavka district hospital.

“They called the police, who, along with the doctors, confirmed her biological death.

“They issued the death certificate.”

But some ten hours later daughter Tetyana Potomchenko – who had been organising her mother’s funeral – noticed signs of life.

“At around 7.30pm we touched her forehead, and it was warm,” she said.

“Her armpits were warm, she was alive.

“The death certificate had to be cancelled – and torn up.”

The ambulance returned and she was rushed to hospital, taken to intensive care, and given medication.

At this point she was recorded as being in a coma.

Soon afterwards the woman awoke and was able to talk animately to doctors.

Dr Chebotarev said: “When her relatives had already informed everyone about her death, and ordered her grave to be dug, Ksenia started to show signs of life again.” 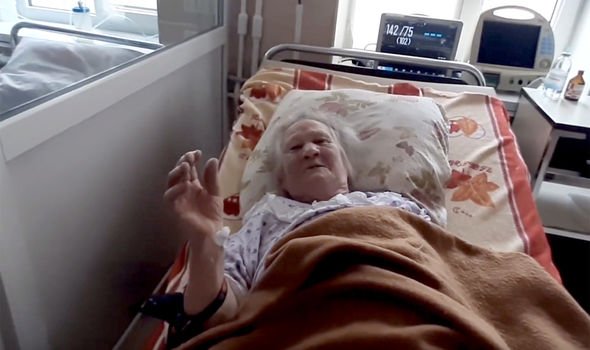 Dr Tetyana Katylova, deputy medical officer of Vinnytsia regional hospital, said: “I have been working as a doctor for 20 years, but I have not seen anything like this.”

When Dr Valery Shcherban asked her what she had seen, Ksenia replied: “The kingdom of heaven. My father was calling me.”

Priest Roman Petrik, booked to conduct her funeral, said: “A miracle of resurrection has occurred.

“This is the first time I have seen it.”