At least three Indian soldiers have been killed in a “violent face-off” with Chinese troops along the border between the two countries.

The clashes happened along the Line of Actual Control (LAC), a disputed border that separates the two nuclear powers high up in the Himalayan mountain range.

Although tensions have been high in recent weeks, with both sides accusing the other of incurring on to sovereign territory, these are the first fatalities between the two sides for three decades. 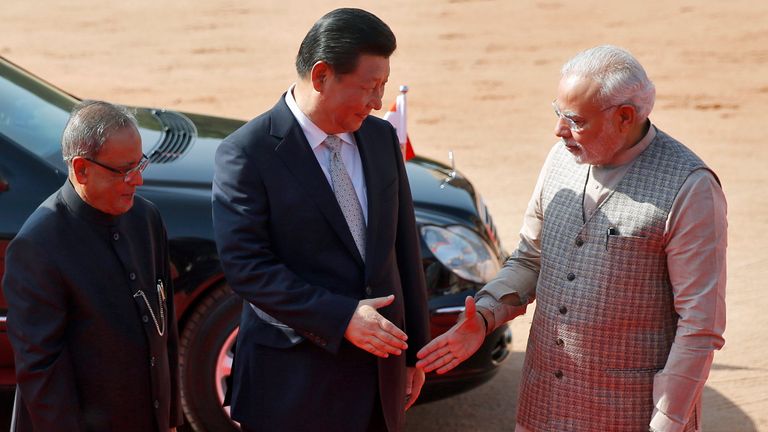 “During the de-escalation process underway in the Galwan Valley, a violent face-off took place yesterday night with casualties on both sides,” the Indian army said.

“The loss of lives on the Indian side includes an officer and two soldiers.

“Senior military officials of the two sides are currently meeting at the venue to defuse the situation.”

The Chinese military has not yet commented officially on the incident but reports are emerging that they also took casualties, including five dead.

Blaming Indian forces for the incident, the foreign ministry in Beijing, said: “Indian troops seriously violated our consensus and twice crossed the border line for illegal activities and provoked and attacked Chinese personnel which lead to serious physical conflict between the two sides.

“China has lodged strong protest and representation with the India side, and once again we solemnly ask the India side to follow our consensus and strictly regulate its front line troops and do not cross the line and do not stir up troubles or take unilateral moves that may complicate matters.

“We both agreed to resolve this issue through dialogue and consolation and make efforts for easing the situation and upholding peace and tranquillity in the border area.”

Indian officials have accused Chinese troops of crossing the border at three different points in recent weeks, and setting up tents to claim ground.

This resulted in a massive build up of troops on both sides, but high-level talks had been taking place when this latest incident took place.

The LAC was drawn up after a 1962 war between the two sides, creating one of the world’s longest land borders.

Because of the mountainous landscape it is hard to define and has been the subject of regular diplomatic dispute although physical clashes have been small-scale for the most part.